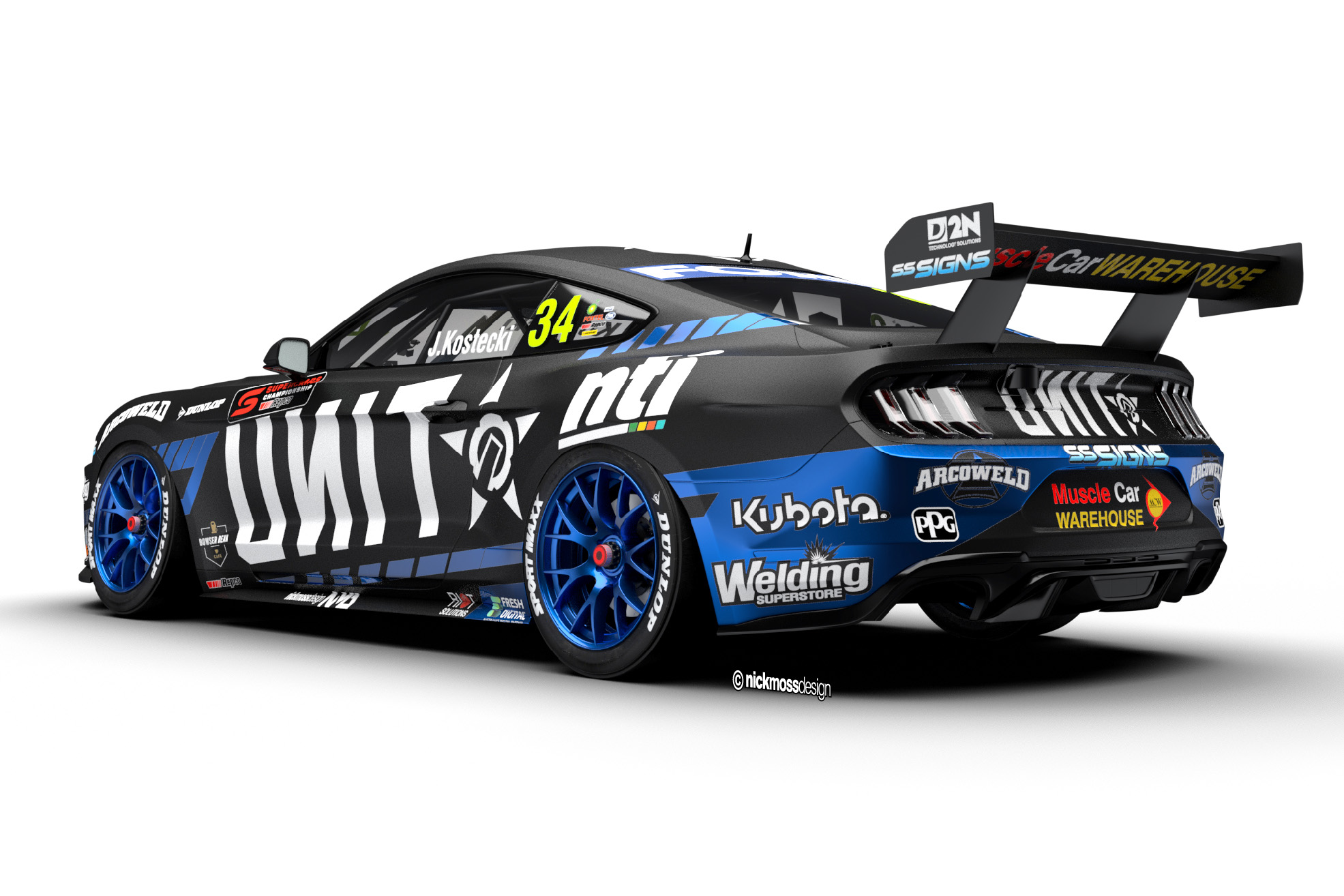 The prospect of two iconic Ford families reuniting with the Blue Oval could be the key to Matt Stone Racing crossing the brand divide in 2022.

The team, which currently runs two Holden ZB Commodores in the Repco Supercars Championship, tonight revealed it is considering making the move to the Ford Mustang with the arrival of Gen3.

It is also in talks with General Motors Specialty Vehicles about the Chevrolet Camaro, which will effectively replace Holden and its ZB Commodore on the grid next year.

While Stone wouldn’t publicly say which way he is leaning as a deadline looms, Speedcafe.com understands the Blue Oval is the team’s preference.

Part of the pitch to get Ford onboard for 2022 and beyond is the alignment of the brand with the ‘Stone’ and ‘Seton’ names.

Marcos Ambrose claimed back-to-back championships in 2003 and 2004 for the team in a Ford BA Falcon before Russell Ingall won the 2005 title.

The team, which ran exclusively with Ford for its entirety, was eventually bought out by Erebus Motorsport in the early 2010s.

The Stone racing legacy continued through Jim Stone’s son Matt, who formed Matt Stone Racing, though he has been on both sides of the fence with Ford and Holden.

Speaking with Speedcafe.com, team boss Matt Stone said there are obvious synergies between the brand and the family name.

“We’re taking it as a blank sheet of paper,” Stone said.

“With the demise of Holden, we no longer have a commercial arrangement with any manufacturer.

“Obviously next year with Chevrolet and Ford being the two marques, we’re in discussions with both of them just to see where their appetites are.

“We’ve got an interesting history where obviously the SBR heritage is with Ford. Even with Aaron Seton in Super2. They’re a very Ford-driven family going back as far as you want.

“From a family lineage point of view, there’s certainly that history with Ford.

“A lot of decisions are made on passion and those sort of things, but we’re certainly trying to take a step back and put it down to the right path forward for MSR, all factors considered.

“We’re not considering the technical side of it, because in theory and hopefully practice, that should be irrelevant.

“There’s obviously some talk about engines and is one going to be more economical than the other with using the crate motor base, that’s maybe the only mechanical factor from a cost point of view.

“We’re looking more from what’s the right marque as a team to lock in for the next five years and beyond.”

Like Stone, the Seton name became synonymous with Ford.

Glenn Seton twice won the drivers’ championship with the Blue Oval as a driver-owner (1993, 1997) and thrice finished on the Bathurst 1000 podium with Ford.

Now his son Aaron is making waves in the Supercars scene.

This year the 22-year-old is competing in the Supercars feeder Super2 Series with Matt Stone Racing.

While no timeline has been set, Seton is thought to be in line to make a championship start in the coming years, which could be facilitated with a SuperLite programme as soon as 2022.

The team is known to be among the bidders for one of Supercars’ shelved Racing Entitlements Contracts.

“Aaron is very much a fit,” said Stone.

“He fits in well with our team. Working with guys like Aaron makes me look at what we did with SuperLite as a concept that I believe needs to exist in the future.

“Obviously the how’s around that with RECs and the state of play there makes that an interesting factor. I certainly can see a good future there.”

Matt Stone Racing has said it will make a decision soon as the end of financial year approaches.