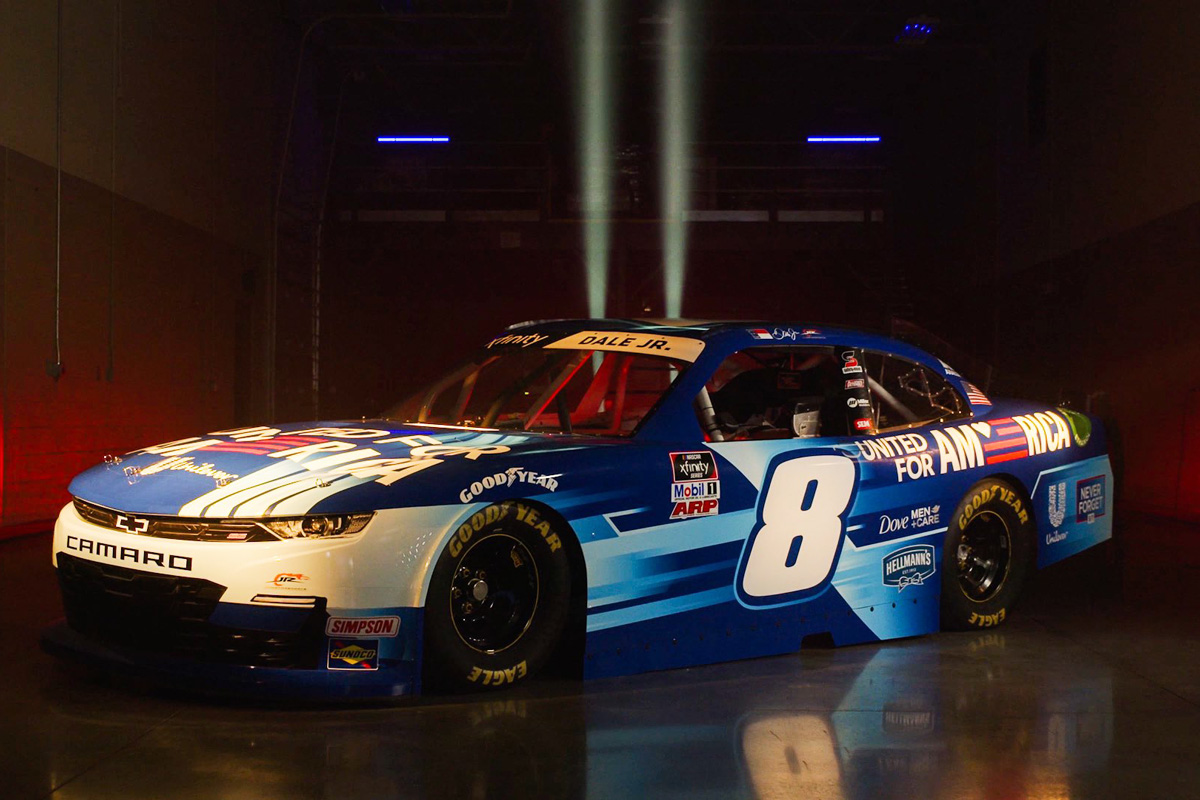 The tribute livery Earnhardt Jnr will run on September 11

Dale Earnhardt Jnr will this year dedicate his annual NASCAR Xfinity Series start to the victims of the 9/11 attacks that rocked the United States two decades ago.

The NASCAR veteran has made a habit of contesting a single event each year in the second-tier series.

In 2021, Earnhardt Jnr will line up at Richmond Raceway for the Go Bowling 250 on September 11 – exactly 20 years after the shocking terrorist attack.

Running in a #8 JR Motorsports Chevrolet, the 46-year-old will don a United for America livery in honour of the 9/11 victims, featuring the words “Never Forget”.

The blue-and-white design incorporates four spotlights in reference to the Twin Towers, Pentagon and the Flight 93 Memorial site.

“The spirit of unity and togetherness our country felt on Sept. 11 is just as relevant now as it was then.

“I’m honoured to be driving this car and championing Unilever’s United for America programme.”