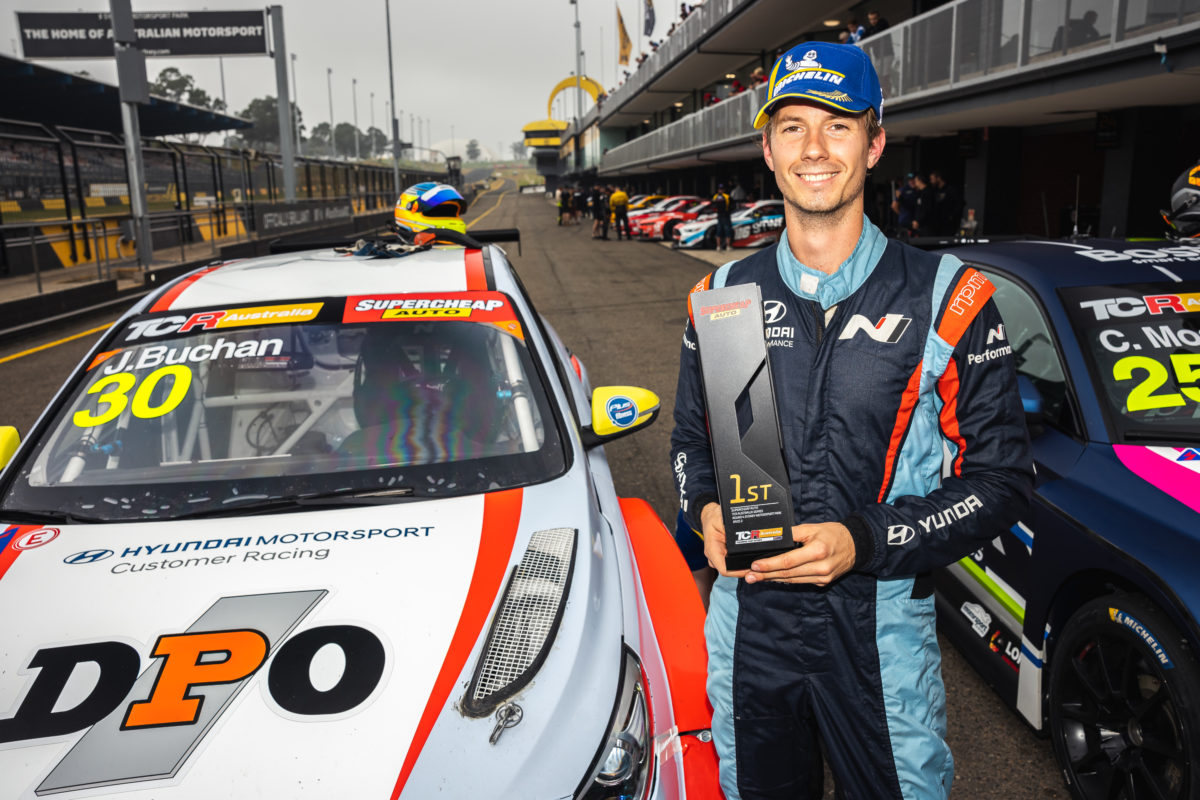 The newest Supercheap Auto TCR Australia round winner, Josh Buchan, hopes to be able to commit to the series for the foreseeable future.

Buchan, who drives the HMO Hyundai in which Will Brown won the inaugural title, feels a real buzz around TCR Australia, which now boasts naming rights backing from Supercheap Auto and a Seven Network television deal.

Although he would be interested in dabbling in WTCR, the TCR-based World Touring Car Cup, he sees himself racing in his home country’s hot hatch series for some time to come, despite a love for Supercars also.

“To be totally honest with you, this was a pipe dream for me, to be where I am, so I am very, very happy where I am at the moment and I would love to stay here as long as I possibly can,” said Buchan on the latest Parked Up podcast.

“I guess I need to give the team a reason to keep me, so I’ll be working hard doing that.

“Obviously, the category’s got a scope overseas, that’s well-known, so I’d love to do some WTCR, no question.

“But, in terms of the category out here, I think the ARG (Australian Racing Group), with what they’ve done with Seven, Supercheap Auto coming onboard, it’s really, really, genuinely exciting, what they’ve got, in the next couple of years, so if I can be involved with that, that’d be fantastic.

“So, immediate future, I’d love to stay in the category as long as I possibly can, be a thorn in the side of TD [podcast co-host Tony D’Alberto] and the likes for as long as I can.

“[But I would] Love to drive one, just to say I’ve done it. I’m a massive Supercars fan from way back in the day; the old VX, VT era, that was me as a kid, I loved that sort of stuff.

“I was a raging Skaifey fan, absolutely Mark Skaife rager, and I love the onboards how he’d go from sixth to second and just rev the piss out of the thing for about 150 metres of the brake zone, and then come in and complain the engine didn’t work or blew up,” he laughed.

Buchan’s breakthrough weekend could hardly have come at a better time for HMO Customer Racing, which runs two to three i30 Ns in TCR Australia.

The team is understood to be trying to land some form of title backing from the Korean marque, and several of Hyundai Australia’s heavy hitters, including CEO Jun Heo, were present at Sydney Motorsport Park.

There was also a large group of owners of cars from the manufacturer’s N performance variant in attendance, who got to complete a parade lap on Saturday evening.

Buchan had a colourful take about trying to shake sponsorship out of Hyundai, but also noted that it was pleasing to perform in front of the fanbase. 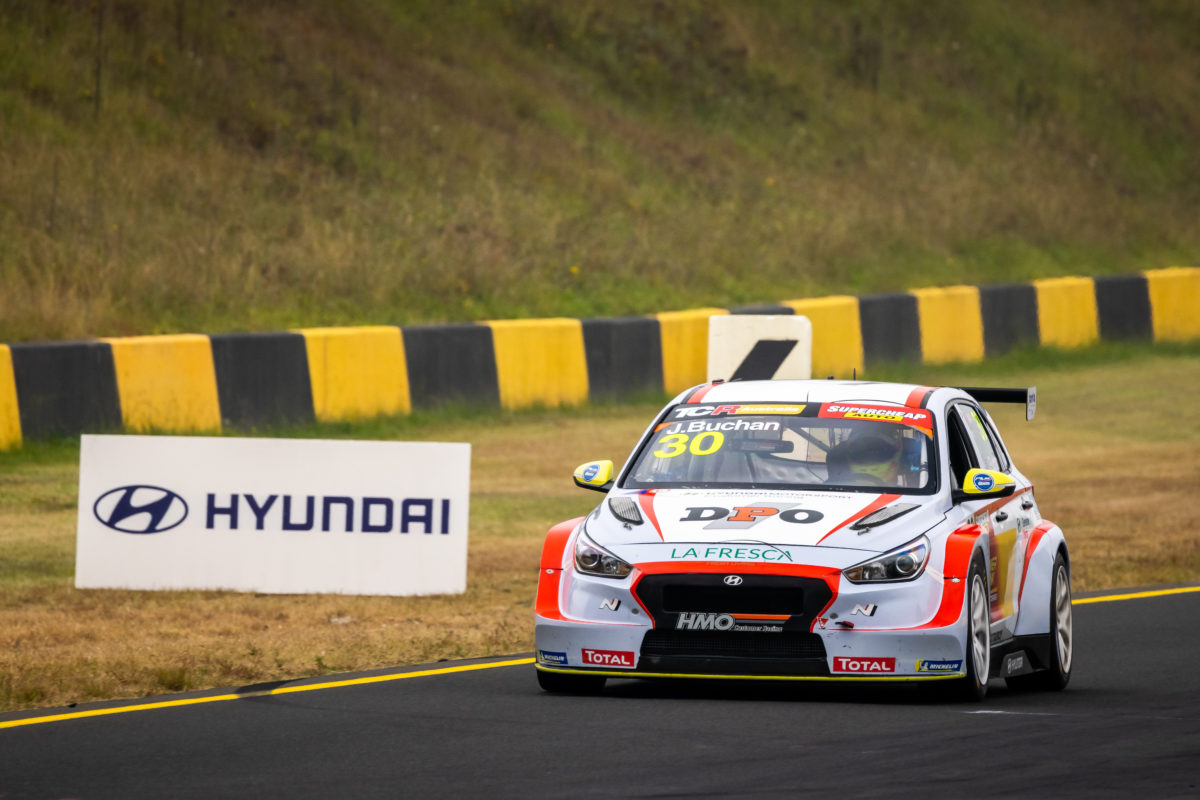 “I’m going to be taking the trophies – so, the two firsts and the second – I’m going to roll into head office, I’m going to slam the doors open like barn doors in a country and western movie, smoke’s going to show from the background, I’m going to go straight to the directors’ offices, I’m going to pot them on the table, and I’m going to say, ‘Righto,’ like Jerry Maguire, ‘Show me the money,’” he quipped.

“That’s exactly what I’m going to do. And Tina Turner, Simply The Best, you name it…

“Most of the guys at head office who have had a bit of a role to do with this, we chat on the phone most weeks, so it was good for them to come out and see the show, see what it’s all about.

“We’ve obviously got a pretty flash pit set-up – we present well, Barry [Morcom], the team owner, is really big on that, and I think it would have put a good impression on them, regardless of the result.

“We also had about 50 N owners come to the venue and do a parade lap at the end of our race. Before they went out, I took the trophy up and said hi to everyone and showed it around.

“Yeah, great weekend for Hyundai as well as myself.”

Buchan now sits third in the series ahead of Round 5 at Morgan Park, also as part of the Shannons Motorsport Australia Championships, on June 25-27.