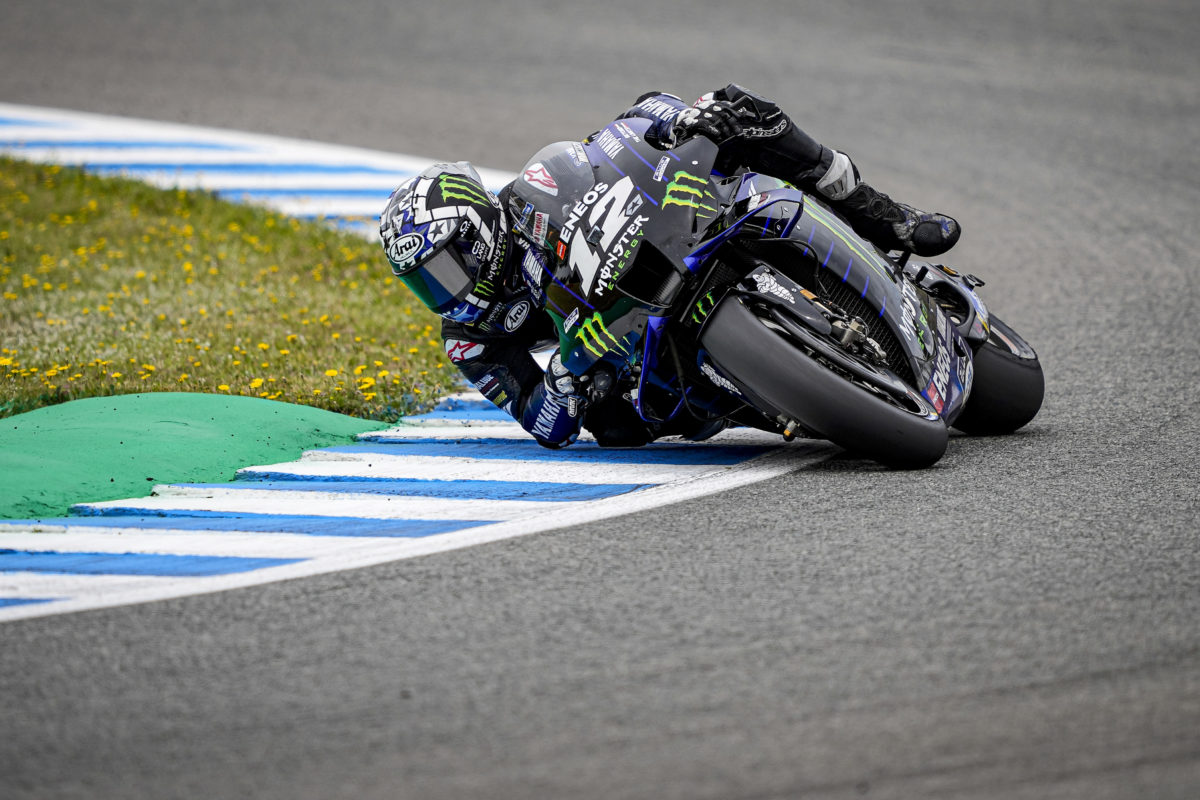 Maverick Viñales has gone fastest in MotoGP’s Official Test at Jerez while the prior day’s race winner, Jack Miller, ended up 18th.

Viñales was joined in the top three by the two Suzuki Ecstar regulars, Alex Rins and Joan Mir, but his Monster Energy Yamaha team-mate Fabio Quartararo did not ride.

Quartararo was leading the Spanish Grand Prix before he sank to 13th at the chequered flag with arm pump, and is set to have medical checks.

The factory Yamaha squad still notched up 101 laps courtesy of Viñales alone, who is said to have focused on improving the turning of the YZR-M1.

Despite experiencing an oil leak early in proceedings, the Spaniard spent much of the day on top of the timing screen with his best of a 1:36.879s coming just inside the final two hours.

Rins had been fastest prior with the 1:36.913s which would leave him second all told, as he worked on a potential 2022 Suzuki engine.

A total of five different aerodynamic packages were tested between the LCR and factory Honda riders with Pol Espargaro (Repsol Honda), who crashed twice, ending up sixth on a 1:37.506s.

The latter only completed seven laps due to still feeling the effects of multiple crashes during the grand prix weekend, while test rider Stefan Bradl did not participate after his wildcard start at Jerez.

Fifth position went to Pramac Racing’s Johann Zarco, who rode his Desmosedici to a 1:37.435s. 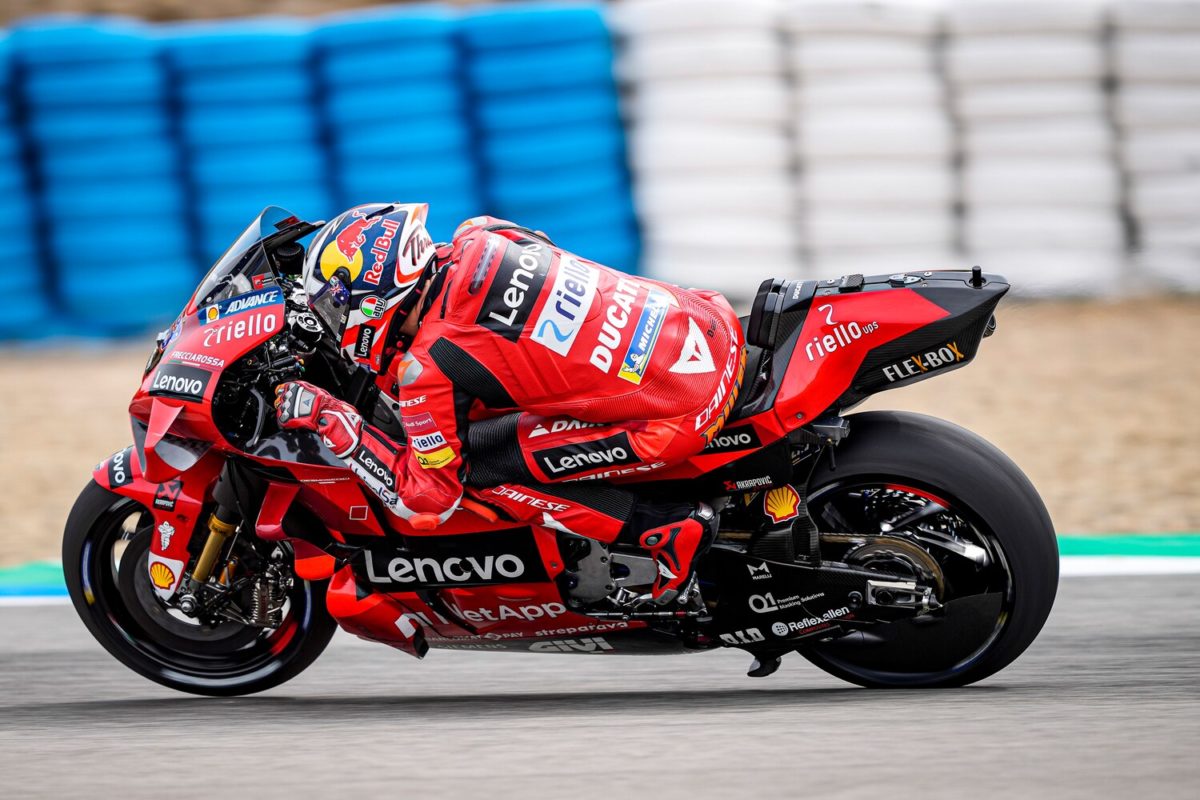 The latter explained, “After the race, there is always a lot of rubber on the ground, and the conditions are always favourable to have a test day. Also, the weather today allowed us to work well.

“We focused on some aspects that we normally don’t have time to work on during the weekend: we repeated tests and tried different set-ups to understand which one works best.

“It’s always important to do these double-checks and, above all, we gathered a lot of useful information.

“Now we will have a few days to rest, but I can’t wait to get back on track at Le Mans.”

In 14th on the timesheet was Aprilia Gresini’s Aleix Espargaro, who only completed 12 laps after crashing at Dry Sack.