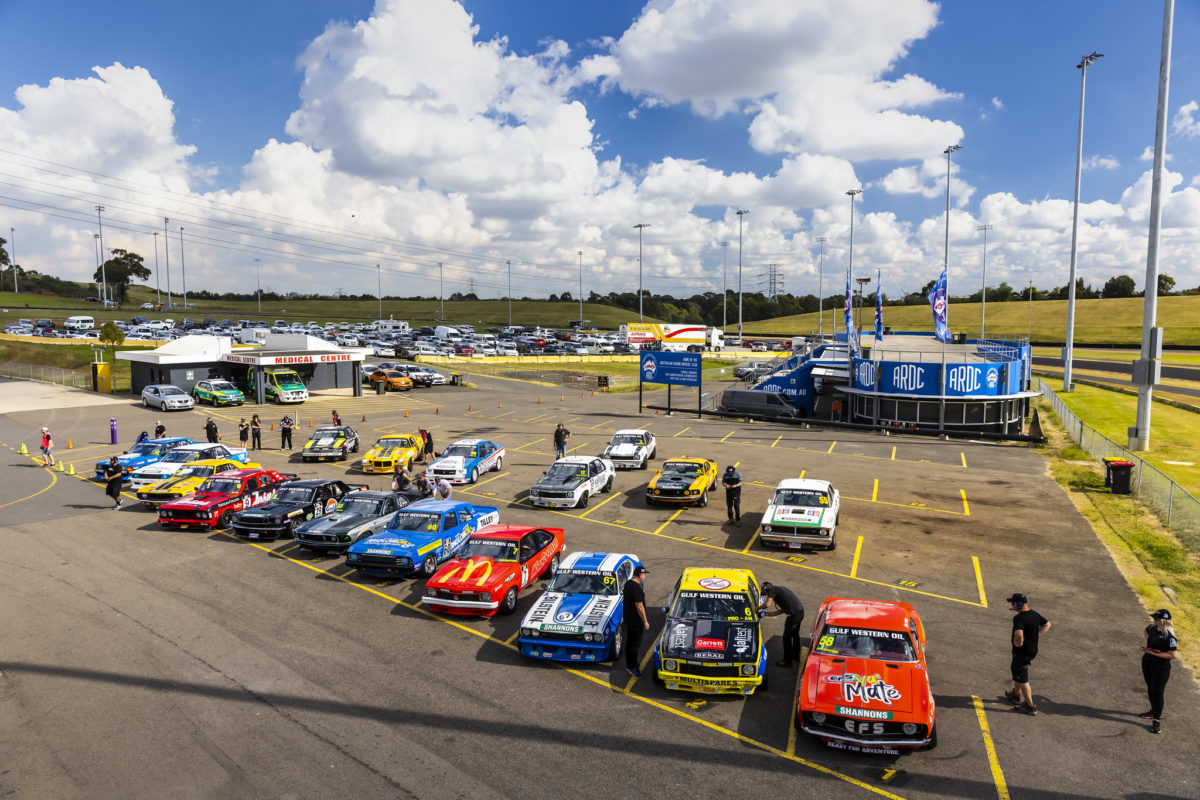 The Gulf Western Oils Touring Car Masters series is being treated like the Australian Racing Group’s “ugly stepsister”, thinks one of its competitors.

Speedcafe.com has obtained a lengthy email outlining the concerns of one of the series’ drivers to ARG’s CEO, Matt Braid, and management of the TCM category specifically.

The email, received also by a vast number of competitors by carbon copy, follows Round 3 of the season at the Sydney round of the Shannons Motorsport Australia Championships.

It includes, in the email thread, correspondence from a sponsor to that driver complaining about the treatment of TCM during the television broadcast, which airs on Seven and uses the network’s talent but is an ARG production.

The driver in question also seems to express his disappointment that category administrator Paul Taylor did not convene a meeting of competitors, something which had apparently been done at both of the prior rounds this year.

His concerns, in a nutshell, are that TCM seemingly sits a long way down the ARG pecking order.

The email states, in part, “It feels very much like we are the 4th rung on the ARG ladder and if this is the case we just need to know so we can adjust our expectations.

“At the moment it seems like what we are being told is not the reality we are experiencing.”

TCM was a regular on the Supercars undercard until last year, when the first full season under ARG ownership was to have taken place, and was last year voted the most popular support category by Speedcafe.com readers.

The driver suggests that it is not being given the respect it deserves.

“As I said to John on Sunday, it feels like we are the ugly stepsister….important to have around because someone’s got to do the heavy lifting but no one wants her at the ball…” he wrote.

‘John’ is presumably John McMellan, ARG’s executive chairman, who is referred to by full name in an earlier paragraph, and is one of four people to whom the email is primarily addressed. The other primary recipients (ie not carbon copied) are Braid, Taylor, and Liam Curkpatrick, the latter of whom is named in the sporting and technical regulations as the contact for the category management company.

The driver highlights that there was no competitors’ meeting at SMP in order to discuss his concerns, which are similar to those raised by other competitors to whom Speedcafe.com has spoken in recent weeks.

“Whilst I respect your decision to not pull everyone together on the weekend as I requested however given the email I received from a sponsor this morning, I don’t feel that we can delay the discussion of where TCM actually fits any longer, certainly not 8 weeks which is when we get together again,” reads an early paragraph.

The driver goes on to declare that there are “some positives we can take away from the new relationship between ARG and TCM”, and expressed gratitude for McMellan’s time in hearing his concerns directly.

However, he also believes that the most recent round showed there “has been a detour in this relationship [ARG and TCM] and that requires some remedial action immediately.”

Among the complaints include that raised by a sponsor about how the television broadcast during a TCM race broke into split screen to show a TCR driver being sung ‘happy birthday’.

The placement of the TCM field in marquees on the skidpan, track time, and what he perceives to be shortage of staff to properly run the category at events are also identified as concerns.

The email was sent early this afternoon, after Speedcafe.com had already asked questions along a similar theme during a media all-in with Braid at the circuit on Sunday.

Specifically, Speedcafe.com put to Braid that TCM competitors felt their series was a significant way down ARG’s pecking order, a suggestion he downplayed. 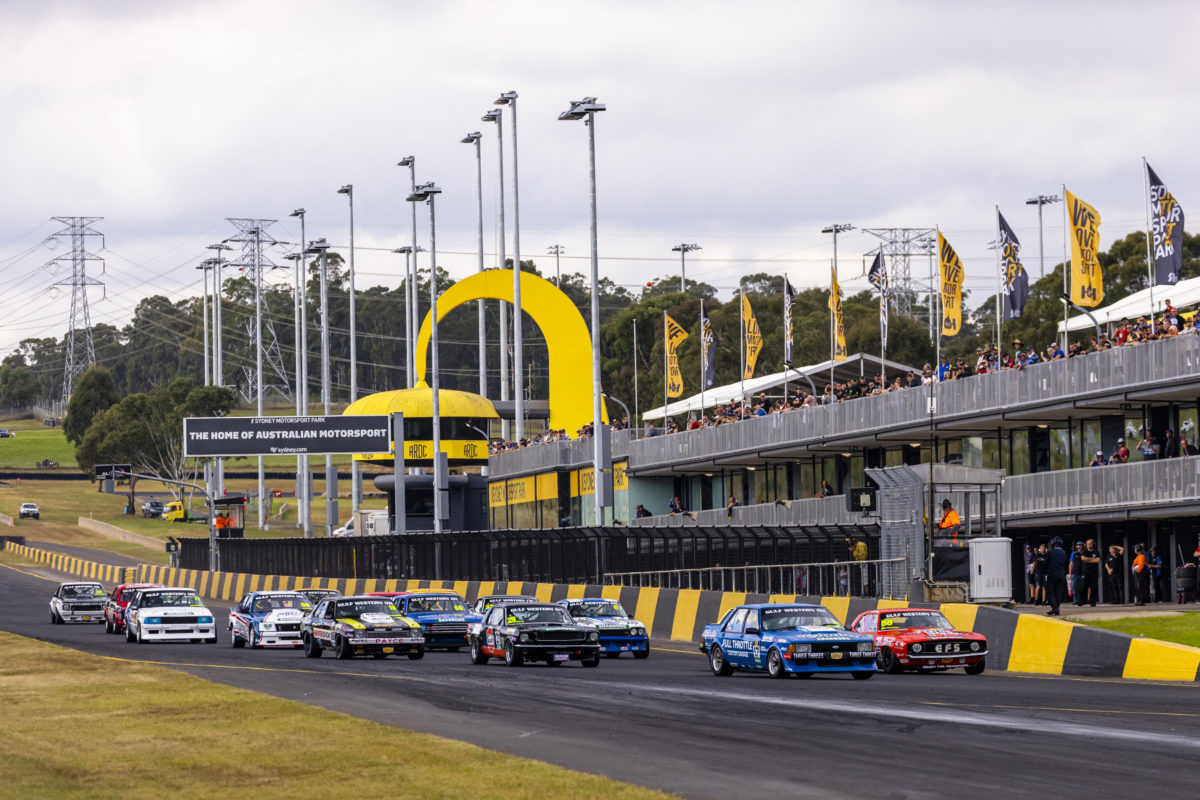 “I think for us it’s a case of obviously TCM by the numbers that they’ve currently got this weekend [18-car entry list] and how we balance the pit garage, it makes sense that S5000 and TCM are obviously in the marquees out the back.

“That could obviously be a logistics issue [and] they might say, ‘Well that’s us in the pecking order because we’re not in the main shed,’ but then obviously look at the broadcast and you can see which categories are leading off and at the right times, number of races in the 7mate window, et cetera.

“So, all that we try and balance out, because we do want to make sure every category gets the attention it deserves.”

To Braid’s point, all three of TCM’s ‘Series Races’ were broadcast on 7mate, although the Trophy Race fell into the 7plus-only streaming window.

It is also notable that qualifying was held under lights on Friday night, almost seven hours after practice finished, due to the packed programme.

Braid, however, thinks that TCM complements ARG’s other categories.

“It’s a great category, it complements Trans Am too because you got Trans Am, you’d see it as new American Muscle, and TCM being the older, historic touring cars and muscle cars and stuff of that era,” he added.

“Touch wood, all our categories complement each other, there’s no cannibalisation; we just want to make sure that we do give each of them the attention that they deserve, and TCM is one of those categories.”

Earlier in that media call, Braid had himself identified TCR as the headline act, and S5000 seemingly a close second, when asked about the potential for Trans Am to take a larger share of the attention given its big fields and style of racing.

Ensuring that each of its categories gets the profile it deserves is a challenge which ARG is said to be working on.

“[Trans Am] complements the others, so it’s not like it’s ripping into anything else; it’s something completely different,” explained Braid.

“[It is] the American muscle versus European touring cars [TCR] versus open-wheelers [S5000] in their own open-wheeler class.

“So, that suite of categories is awesome for a race weekend.

“TCR is still the headline category; S5000, open-wheel wise, is the premier class. It’s getting the Gold Star this weekend, so it’s getting the accolades, the reputation through Motorsport Australia as the pinnacle – that’s great – and Trans Am is something completely different again.

“The most difficult thing for us is going to be making sure we balance them. That’s a good problem to have, to be quite frank.

“We know we have to look at, going forward, what the motorsport landscape is calendar-wise, from our own and Supercars and other promoters, to say, ‘Okay, what works best to give all the categories an ideal platform?’”

TCM is due to have just the one round with Supercars this year, that being its late addition to the Mount Panorama 500 event after the Australian Grand Prix was postponed.

Round 4 is set to take place at Morgan Park, another Motorsport Australia Championships event, on June 25-27.