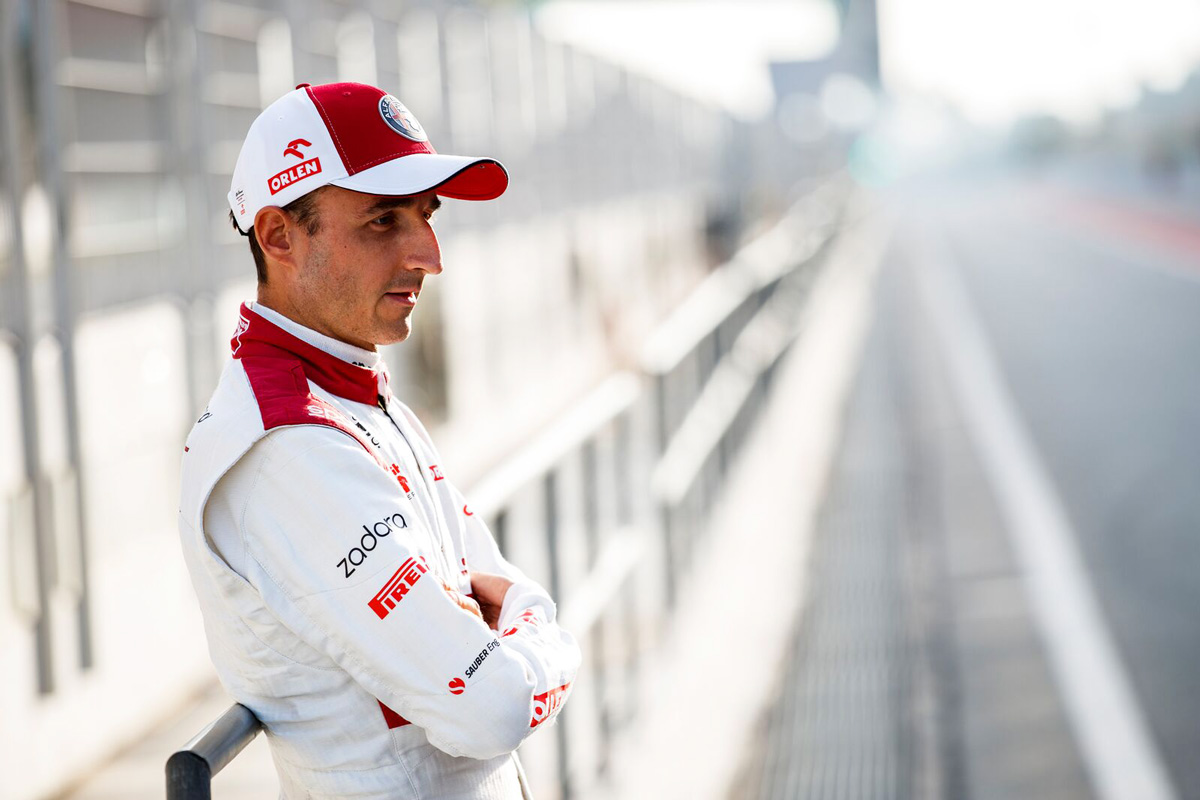 Robert Kubica will become the first Alfa Romeo driver to sample the new 18-inch Pirelli tyres set to be used in Formula 1 next season.

The team’s reserve driver will be behind the wheel for a two-day test at Barcelona on Tuesday and Wednesday next week following the upcoming Spanish Grand Prix.

Before then, Kubica will get a chance to hop in Kimi Raikkonen’s C41 for opening practice this Friday.

It follows Callum Ilott getting an opportunity in Free Practice 1 last weekend at Portimao, on that occasion in the sister car of Antonio Giovinazzi.

Kubica is eagerly awaiting both opportunities.

“I am looking forward to being in the car again this Friday and next week,” said the 2008 Canadian Grand Prix winner.

“Having last driven the C41 in Barcelona in February, I am looking forward to seeing how much the car has progressed since – both in terms of upgrades and in the team’s understanding of the package.

“Driving a Formula 1 car is always a special experience and I’m looking forward to contributing to the team’s effort in the midfield battle.

“Also, getting to drive the new 18-inch tyres will be a new experience and the first taste of the new world that will come into being next year.”

Alfa Romeo team principal Frederic Vasseur welcomed the chance for the Polish 36-year-old to get extended time in the seat.

“It’s great to have Robert back in the car for his first practice session of the season and for the Barcelona test,” said Vasseur.

“Each time he gets in the car is valuable for us in order to tap into his extensive experience and get another perspective about the C41.

“His technical feedback will also be crucial in his runs with the 2022 tyres.

“We are in the middle of a very close fight in the midfield and every input from our talented pool of drivers can be the secret weapon that gives us that edge to move forward.”

In addition to bigger tyres, F1 is set to welcome a sweeping overhaul of regulations for next season.

As for Alfa Romeo this season, the Ferrari-powered outfit is still searching for its first points of 2021.