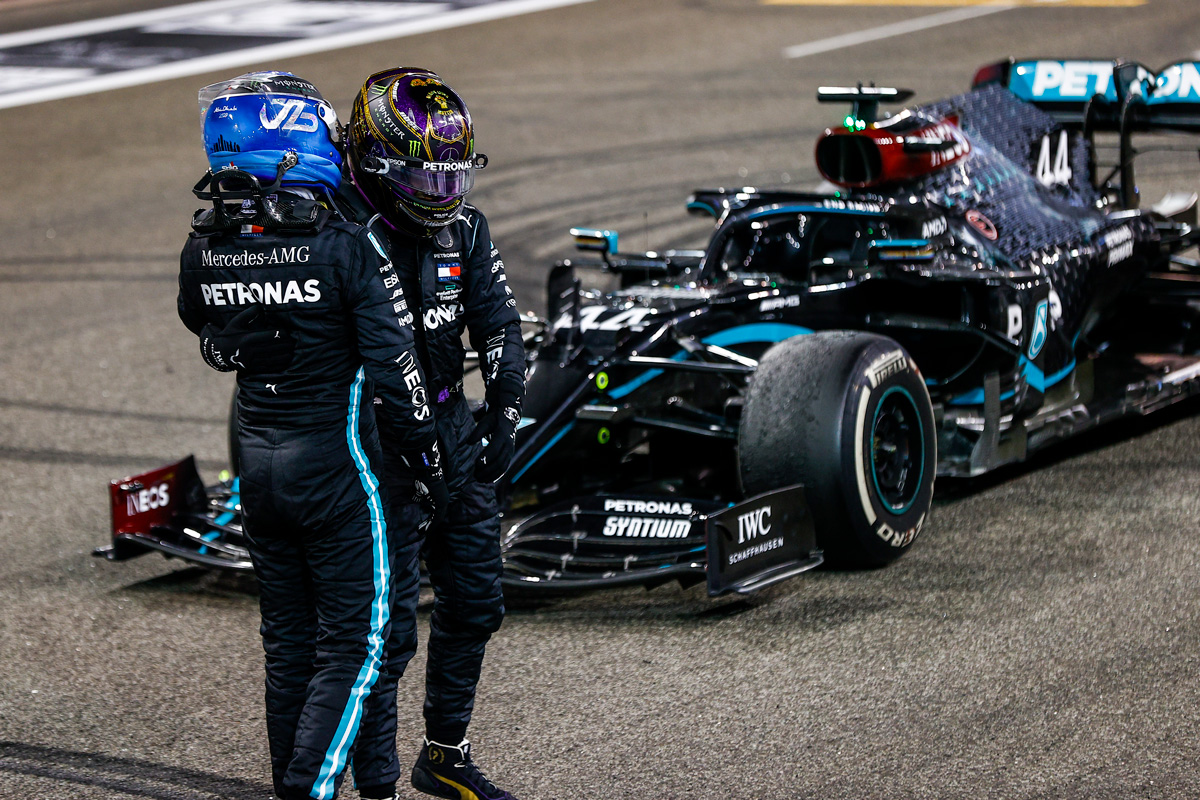 In an interview between the two organised by Mercedes, Bottas asked Hamilton, “what’s the best thing about being my team-mate? No bullshit? Not too much chatting?”

Hamilton replied, “If you’re putting words in my words, then there’s no BS.

“I don’t think there’s one specific thing that’s better than the other.

“I think it’s a combination of many things and it is a fact that there are no games between us.

“You’re a straight shooter. Because then it’s just down to our hard work.

“There are weekends we could do better, like in Austria [2020] for example, and we know we both just have to do a better job when the other comes out ahead on the weekend.”

The 2021 season represents the fifth year of the Hamilton/Bottas combination at the world championship-winning squad.

Although Hamilton has held the clear upper hand in that time, there’s been a general sense of harmony between the duo.

That’s in stark contrast to the tense prior campaigns in which Hamilton shared the Anglo-German team’s garage with Nico Rosberg from 2013-16.

Mercedes boss Toto Wolff last month went as far as to say it was a “mistake” to run Hamilton and Rosberg as team-mates, and that’d he ensure such a scenario would never again be repeated.

Despite a renewed challenge by Red Bull, Mercedes leads the 2021 drivers’ and teams’ championships following a one-three finish in Portimao headed by Hamilton.

Round 4 of the Formula 1 season takes place this weekend at Barcelona.