Field set for GT World Challenge’s The Bend sprint round

Field set for GT World Challenge’s The Bend sprint round 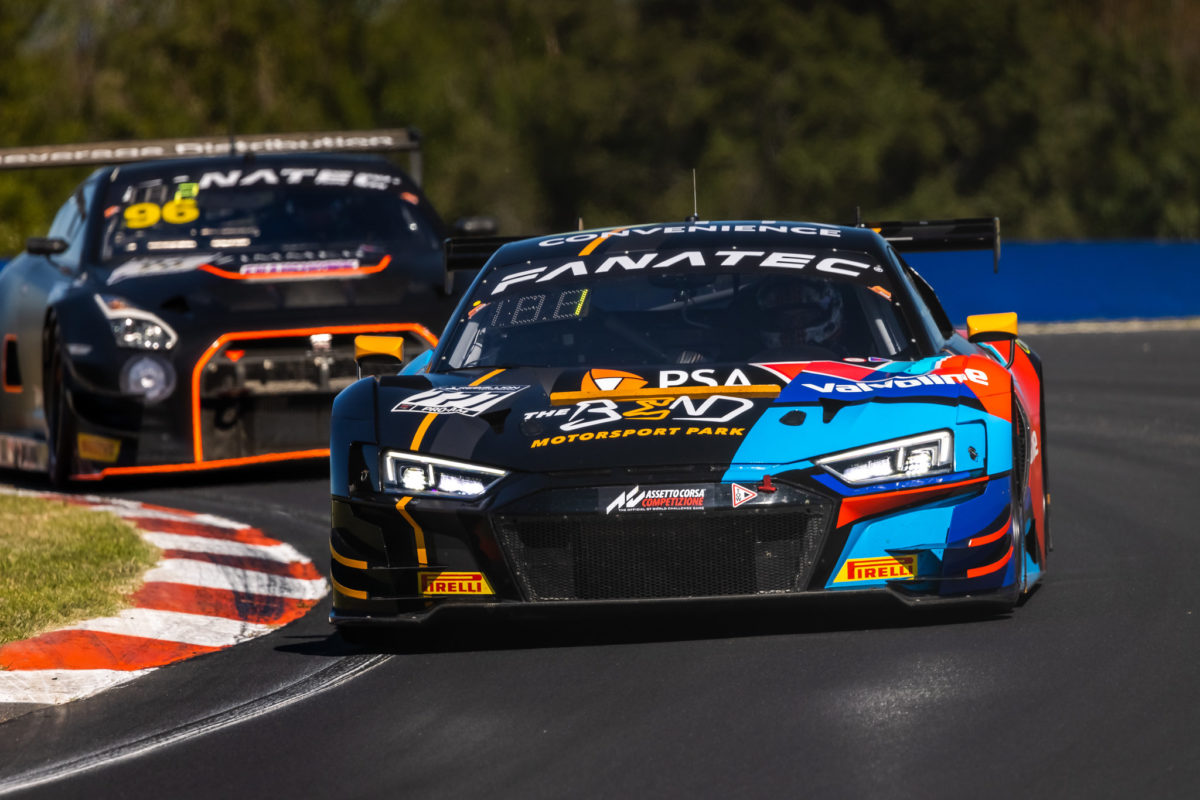 The championship-leading Audi of Yasser Shahin and Garth Tander

Fanatec GT World Challenge Australia Powered by AWS organisers have announced a 19-car entry list for Round 3 of the season, this weekend at The Bend.

As previously announced, there are high-profile changes to the field given GT World Challenge supports the Repco Supercars Championship’s OTR SuperSprint.

They will be chasing Pro-Am championship leaders Garth Tander and Yasser Shahin, who have won three of the four races to date in the Audi which carries The Bend Motorsport Park’s branding.

Stephen and Brenton Grove are the other Pro-Am contenders in their Grove Group/Dasher + Fisher Gin Porsche 911 GT3-R II.

The five-strong Am contingent is headlined by Tony Quinn, who sits atop the class standings, in his Local Legends Aston Martin Vantage.

This weekend’s racing at The Bend represents the penultimate sprint affair for GT World Challenge Australia in 2021, although it will return in October for the first of two Motorsport Australia Endurance Championship rounds.

Action at the Supercars event commences on Friday with two practice sessions, and qualifying in the afternoon.

A one-hour race will be held on each of the Saturday and Sunday.