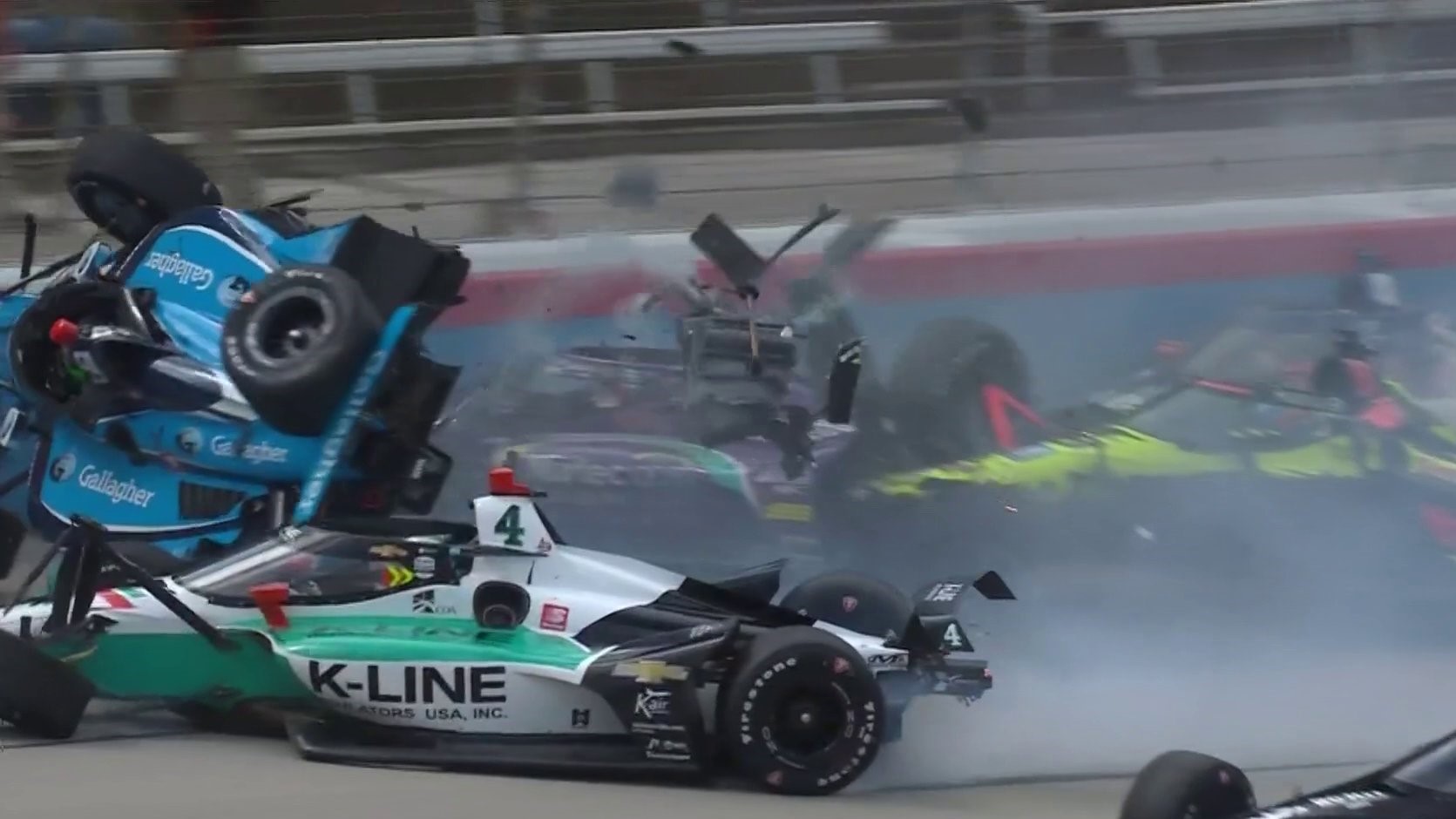 Conor Daly (left) was flipped in the Lap 0 crash

The start of the second IndyCar Series race in the Texas Motor Speedway double-header has been marred by a seven-car pile-up.

The melee began when Pietro Fittipaldi (Dale Coyne Racing with Rick Ware Racing) appeared to go into the back of Sebastien Bourdais (AJ Foyt Enterprises), who careered into Alexander Rossi (Andretti Autosport).

As they spun, several cars clattered into them, including Conor Daly (Carlin) who was launched into the air and onto his roll hoop after being sandwiched by Ed Jones (Dale Coyne Racing with Vasser Sullivan) and Dalton Kellett (AJ Foyt Enterprises).

Daly, who crossed the start-finish line on his roll hoop, was bemused by the incident.

“I think in general in IndyCar we have too many start crashes, so I think we should probably look at that. There’s just such an accordion effect.

“It looked fine. Everyone was accelerating. I had the best view because I was last.

“You see it. All it takes is just one person. I don’t know what happened. You can’t blame anyone. All I know is being upside down isn’t fun. I’ve never had that happen in an IndyCar before.

“On hour bingo card of terrible things to have happened to us so far this year, I don’t know what’s going to be next.

“I really hope we can start turning things around because it’s been a rough start for sure.

Multiple cars involved in this crash at the beginning of the @IndyCar race at @TXMotorSpeedway.@ConorDaly22 flips, but all drivers are ok.
(TV: NBCSN, Stream: https://t.co/THKlb49aWT ) pic.twitter.com/amgrJsHodd