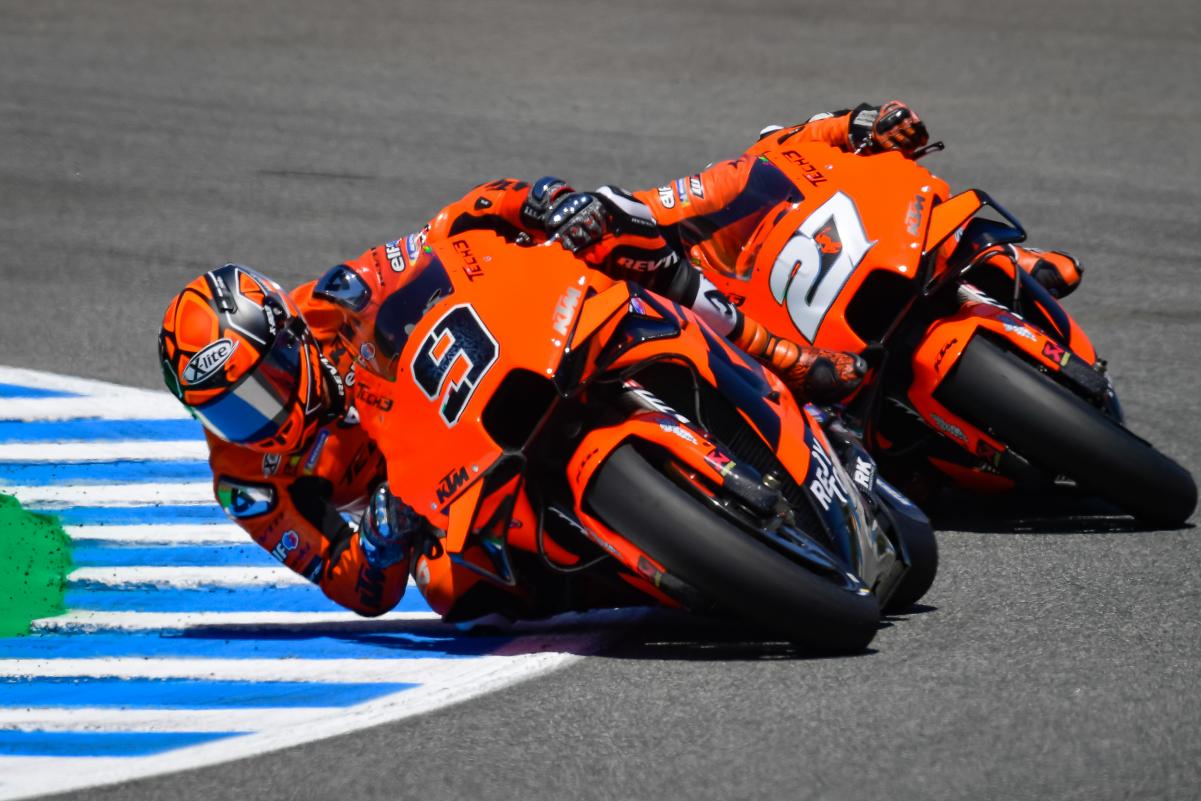 KTM has renewed its agreement to supply Tech3 in MotoGP, for another five seasons.

Tech3 switched from Yamaha to KTM in 2019, on a three-year which coincided with the end of the current participation agreement.

Their alliance beyond the present season had already been verbally agreed, but has now been formalised.

“We are very proud to make this announcement of a new five-year deal with Tech3,” said KTM motorsports director Pit Beirer.

“It is a very important strategic move for us as part of our long-term strategy in the sport.

“We already agreed our participation with Dorna for another five years and it was vital to have that foundation and stability in MotoGP by renewing our agreement with Tech3.

“For the last few years, we have been building up our structure and now it provides an incredible path from Red Bull MotoGP Rookies Cup, Moto3, Moto2 and then four valuable places in the premier class where we want to succeed.

“With Herve [Poncharal, team principal] and the Tech3 crew, we have the ideal partner and we see the whole operation as part of ‘one team’.

“It’s more than a pleasure to say we’ll be able to attack the next five years together.”

Such is the bond between KTM and Tech3, Danilo Petrucci was placed at the latter rather than the factory team when he switched from Ducati at the end of 2020.

Poncharal cites the latest development as proof of the strength of the relationship.

“I feel very proud, very privileged and very honoured to announce our renewed partnership with KTM,” he remarked.

“I think we will be the first independent team to announce a five years agreement with a manufacturer in MotoGP history.

“This is quite an achievement and it also highlights how strong our relationship is and how well the first three years of our partnership have been working.

“I believe the best is yet to come. We share the same values, the same target, which is to never give up and be ready to race.

“So now that this deal is done, signed, confirmed, let’s work even harder on the 2021 season and of course let’s think how to be best prepared for 2022.

“I really believe this organisation has all the ingredients to be winning and it’s just up to us to put all the pieces together to make it work and chase victory at every single round.”

Red Bull KTM Factory Racing currently fields Brad Binder and Miguel Oliveira, the latter of whom took Tech3’s two wins last year, while it is Petrucci and Iker Lecuona at the satellite team.

Remy Gardner is part of the broader KTM family having moved to Ajo Motorsport’s Moto2 squad, but has a contract which entitles him to race in the premier class next year.