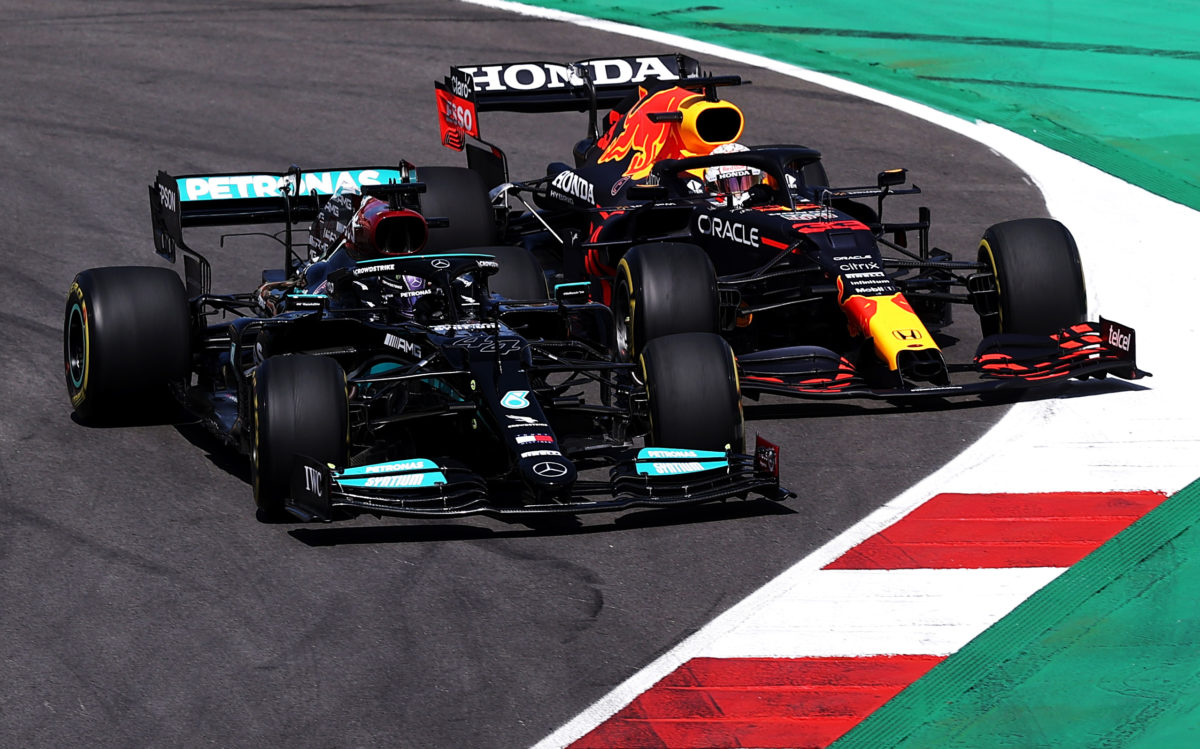 Lewis Hamilton has confessed he had a “you idiot” moment with himself en route to victory in the Formula 1 Portuguese Grand Prix.

Hamilton’s success in Portimao was the 97th world championship grand prix win of his career, the Englishman heading Max Verstappen and Valtteri Bottas at the flag.

He’d started second but slipped behind Verstappen in an early Safety Car restart.

While focussed on race leader Bottas as they approached the green flag, Hamilton flashed a look in the mirrors to check Verstappen’s position.

It was a crucial moment, as the leading Mercedes at that moment accelerated away.

“I was focussing naturally on Valtteri, and literally just for a split second I looked in my mirror just to see where Max was,” Hamilton explained.

“In that split second, that’s when Valtteri went, so I lost out to Valtteri. That wasn’t great.

“Then I was in Valtteri’s tow and you [Verstappen] were about to pull out, and I pulled out and gave you Valtteri’s tow, and I was like ‘you idiot’ to myself.”

Hamilton then trailed Verstappen for a handful of laps before fighting back and capitalising on a mistake.

“Max was superfast on that restart, and there was a moment I think we’re all very, very close,” Hamilton said.

I fell back, maybe a second or something like that, and I needed to get closer. There looked, for a moment, like there was far too big a gap, I wasn’t in the DRS.

“I just had to kind of gather my thoughts and make a couple of tweaks in terms of how I was driving and then start on the attack again.

“Once I did, obviously [I] got closer and Max, I think had a small mistake, which then put me in a nice position out of turn five and then I just needed to keep that gap through the rest of the lap, and that was where I was able to get past him.

“After that [I] was just focusing on bridging the gap between myself and Valtteri who was very quick out of the last corner.”

Once he’d caught his team-mate, Hamilton used DRS to make a move around the outside of Turn 1.

The pair rounded it side-by-side, but with Bottas pinched to the apex, the seven-time champion was able to sweep through into the lead.

Aside from Sergio Perez leading the race during the pit sequence, Hamilton otherwise had a clear run to the flag to take victory.

It leaves him eight points clear of Verstappen at the top of the drivers’ championship after three races.

Formula 1 next heads to Spain for Round 4 this weekend.