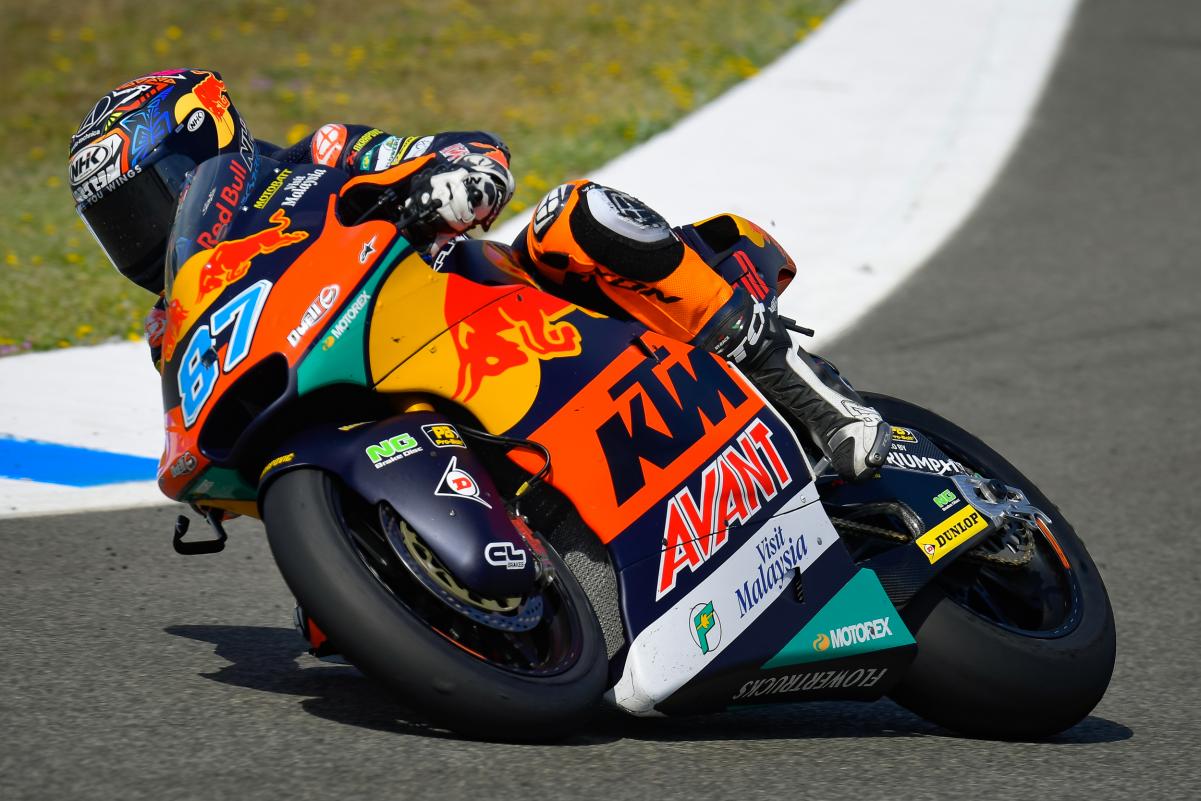 Remy Gardner continues to lead the Moto2 championship after finishing fourth at Jerez, where Fabio Di Giannantonio got his first win in the intermediate class.

Gardner qualified on pole on his Red Bull KTM Ajo entry but it was Di Giannantonio (Federal Oil Gresini) who led the field away for the 23-lap race, ahead of the Australian.

Third position changed hands again at the start of Lap 3, when Raul Fernandez went past Augusto Fernandez, just before the latter crashed out at Dry Sack.

Gardner had drifted more than two seconds away from Di Giannantonio when he was overtaken by Raul Fernandez on Lap 8.

The second-generation rider ceded third spot to Bezzecchi, who had dropped as far back as seventh, on Lap 11, before the Italian capitalised on a Raul Fernandez wobble to take second as Lap 17 became Lap 18.

Gardner caught his Red Bull KTM Ajo team-mate but an error at Dry Sack on Lap 20 meant he instead slipped behind Sam Lowes (Elf Marc VDS).

When Lowes made a forceful move on Raul Fernandez at Turn 2 on the penultimate lap, Gardner followed him through. 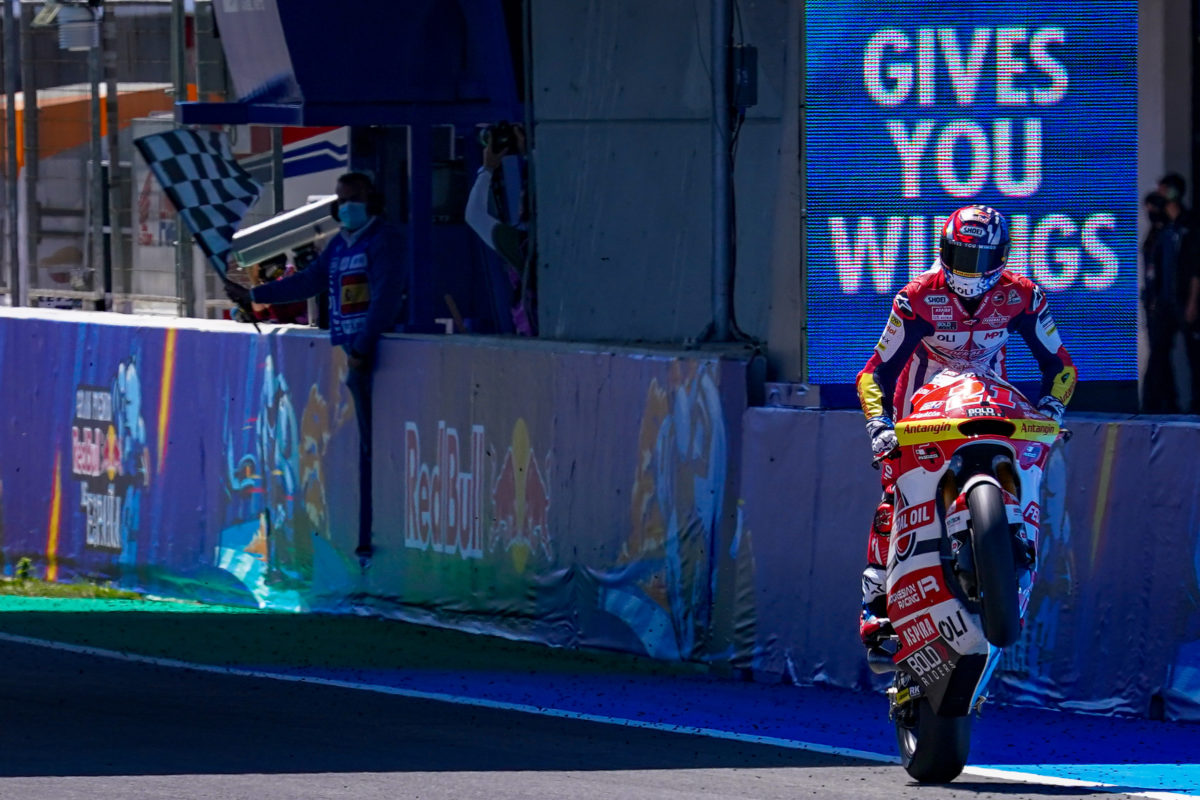 Up the road, Di Giannantonio took a comfortable victory, ahead of Bezzecchi, Lowes, Gardner, and Raul Fernandez.

Gardner’s championship lead is a slightly reduced three points, with Lowes up to second and Raul Fernandez down one place to third.

“Overall, I’m satisfied with today, although we suffered a lot in the race,” said the Aussie.

“Right from the start, I felt a bit strange, so we have to analyse what happened ahead of the next contest.

“However, I am happy with the work we did. Finishing fourth on a difficult day is a good thing, and we also picked up some important points that keep us alive in the championship.”

In Moto3, Red Bull KTM Ajo’s Pedro Acosta extended his championship lead with a third straight win as carnage unfolded at the end.

Acosta went defensive into the final corner while, immediately behind, Deniz Oncu went down and took Jaume Masia and Darryn Binder with him. 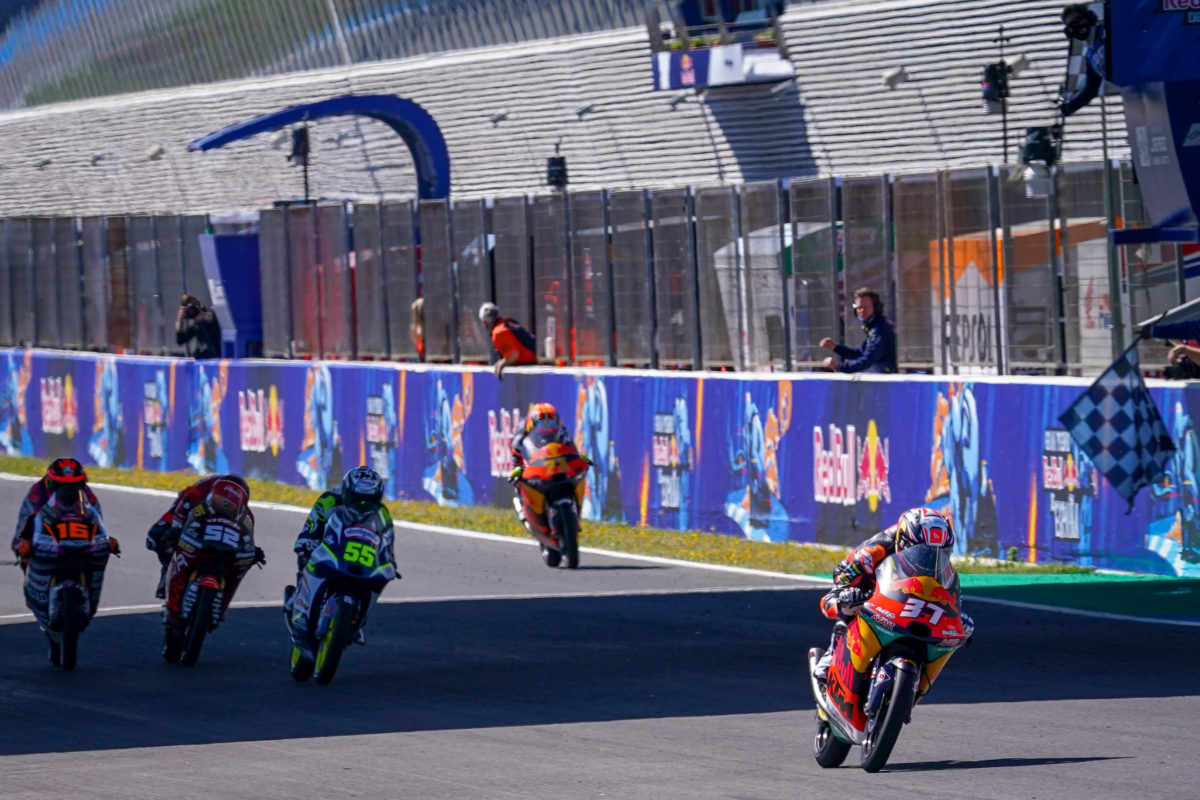