‘Flood of emotions’ for Miller after Spanish GP win

‘Flood of emotions’ for Miller after Spanish GP win 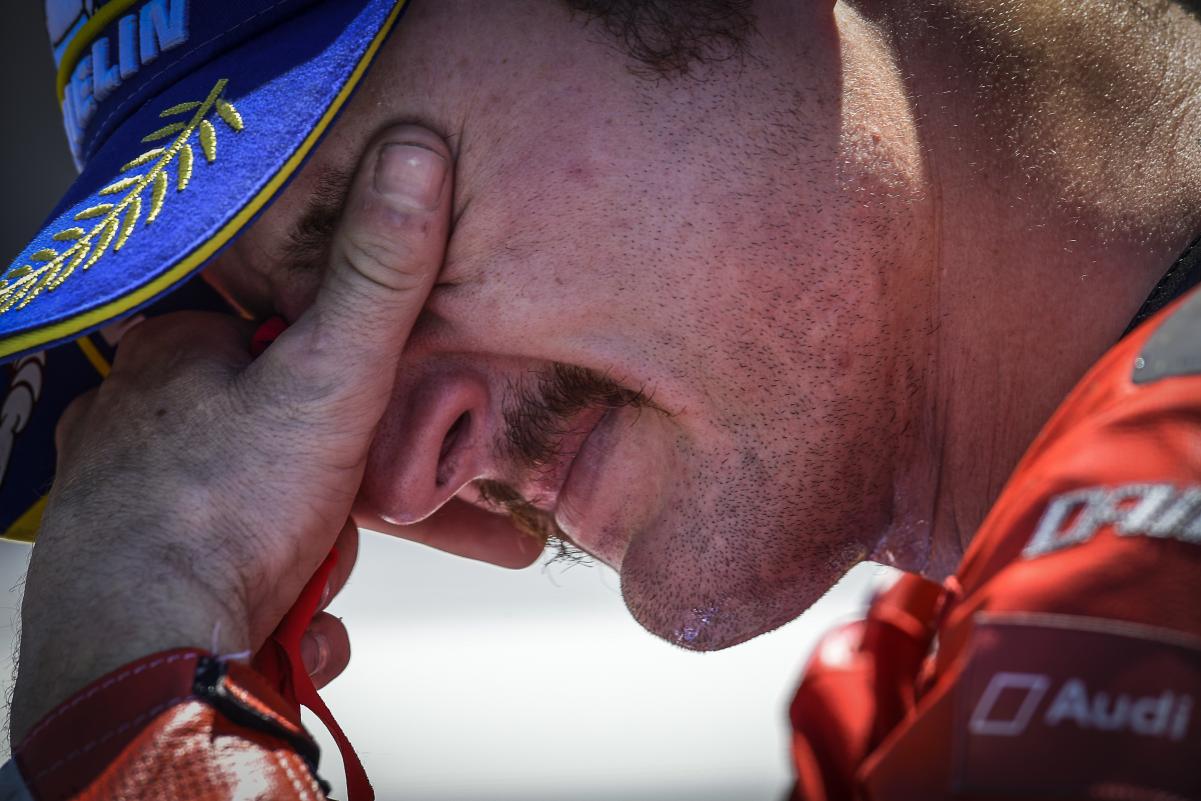 Jack Miller could scarcely hold back tears in the immediate aftermath of his victory in the Spanish MotoGP.

The Australian achieved not only a first win for the factory Ducati Lenovo Team, but also a first in dry weather in the premier class, almost five years after prevailing in a wet Dutch TT.

Furthermore, the triumph comes after a shocking start to the season for the man tipped by many as a championship favourite before racing got underway in 2021.

Miller finished ninth in both races at Losail before crashing out of the Portuguese Grand Prix and plummeting to 12th in the championship, a mistake which he admitted left him “in the trenches”.

At Jerez, however, he was solid all the way, leading early then being there to pick up the pieces when pre-race championship leader Fabio Quartararo faded dramatically.

Speaking in his post-race television interview, the Queenslander seemingly reflected on all of that, plus the absence of his Townsville-based parents.

“Those last seven or eight laps were the longest I’ve ever had in my career,” said Miller.

“But no, I mean, it’s just un-describable what I’m feeling right now, it’s just a flood of emotions; happy, sad, everything,” he added as his voice started to quaver.

“I wish my parents were here to celebrate it with me, but they’re back at home and I know they’ll be celebrating, but I’d just like to thank everyone for all their support and try and do it again soon.”

Absolutely speechless! 😳 I just wish my family was here to share this win with us! Thank you @DucatiMotor @ducaticorse and everyone for the support, LESSSSGOOOOO! 🏆🍾🇦🇺 pic.twitter.com/kxhHVb5e1U

Jerez was hardly expected to suit the Ducatis and Miller said after qualifying on the front row that he was in fact more focused on race pace.

However, the 26-year-old knew during the race that he was a strong chance for victory once he noticed the Yamaha rider battling ahead.

“I just tried to do what I could,” explained Miller.

“I’d done a lot of laps all weekend by myself and I knew I had reasonable pace.

“I thought when Fabio came past, ‘OK, he’s got a bit better pace.’ I dropped down to like 37s for a few laps there with him, but I wasn’t able to maintain that, but then neither was he.

“I knew I had a bit of a gap behind me so I knew if I could get past Fabio – I could see he was struggling – get past him and just keep my head down, not make any mistakes, and just try and punch out the laps…”

Miller is now sixth in the championship, 27 points behind team-mate Francesco Bagnaia, who took over top spot on the table by making it a Ducati Team one-two in southern Spain.