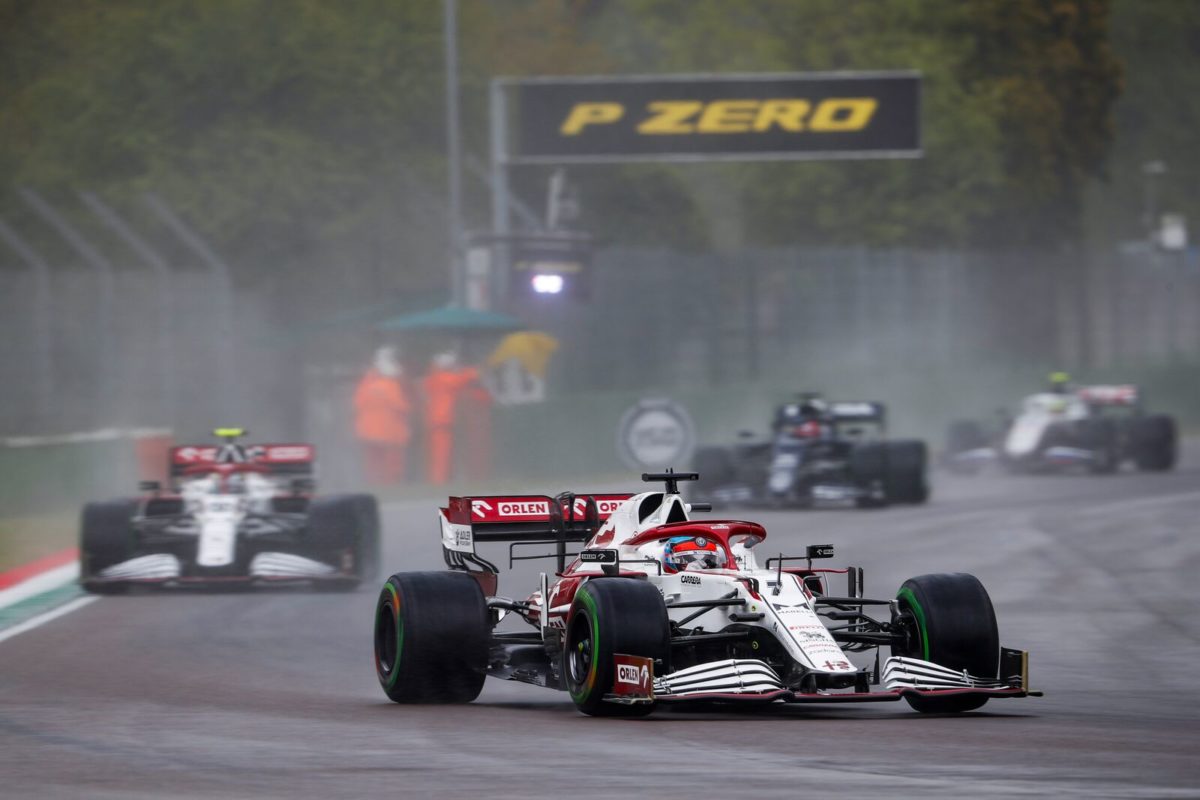 The FIA has upheld the penalty dished out to Kimi Raikkonen at the Formula 1 Emilia Romagna Grand Prix following a review of the incident.

The Alfa Romeo driver was relegated from ninth to 13th with the addition of a 30-second post-race time penalty in Imola.

In Portugal, team officials met with the stewards to request a review of the decision, which was duly granted on Sunday morning.

Heard prior to the Portuguese Grand Prix, the review did not net the outcome the team was hoping for, with the original 30-second penalty standing.

“Alfa Romeo Racing ORLEN acknowledges the decision of the FIA and the Emilia Romagna Grand Prix stewards to uphold the original penalty to driver Kimi Raikkonen, following a review of the incident,” the team acknowledged.

“The team’s focus is now fully on next weekend’s Spanish Grand Prix.”

Raikkonen had spun while the field was behind the Safety Car following the red flag interruption in Imola.

Though rules allow him to take up his place in the train under Safety Car conditions, the lights atop it had been switched off in readiness for the restart by the time the veteran had caught back to the field.

At that point, he should have entered pit lane but remained on track, a transgression for which he was given a 10-second stop-and-go penalty, which translated into a 30 second time penalty post-race.

Having crossed the line ninth, the penalty relegated the 2007 world champion to 13th in the final classification.

Alfa Romeo is one of three teams yet to score a point in 2021, Raikkonen’s 11th in Bahrain its best finish of the season.