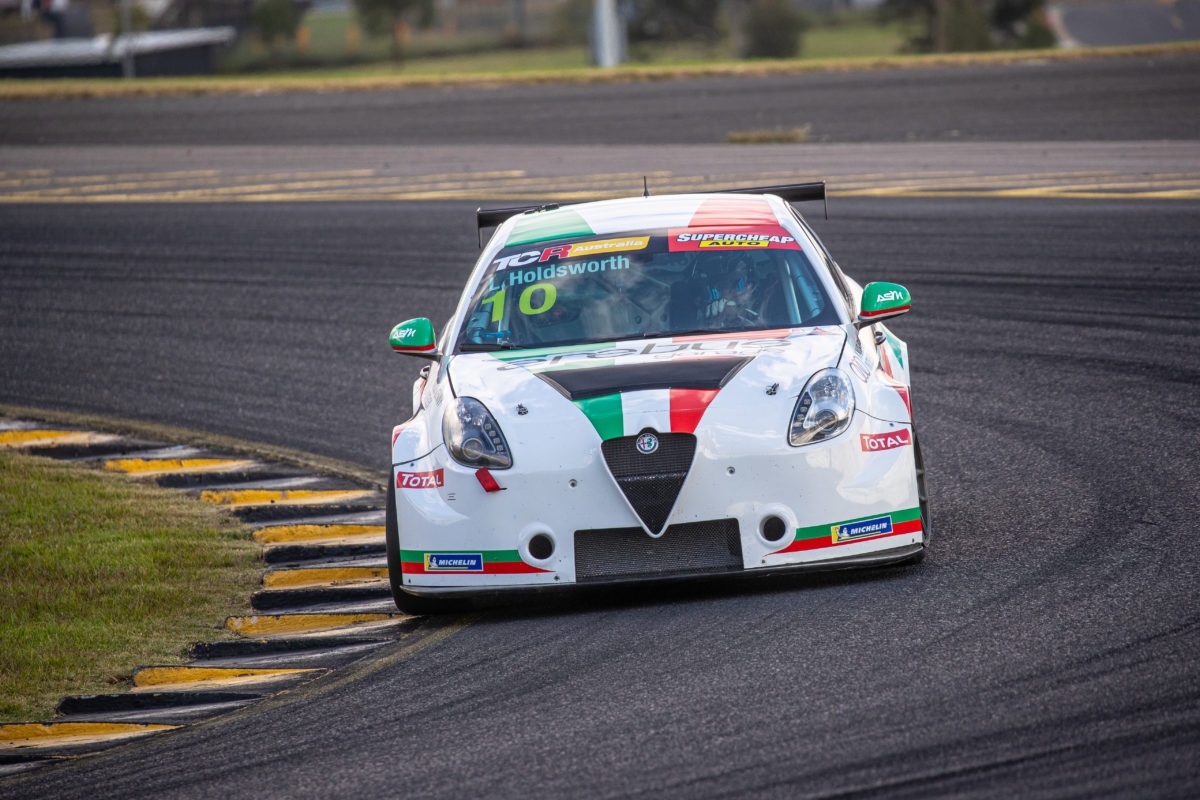 Lee Holdsworth battled with an electrical issue in the final race of the Sydney round of the Supercheap Auto TCR Australia Series.

The Ashley Seward Motorsport driver was involved in Aaron Cameron’s Race 3 shunt but initially continued to circulate in ninth position when the Safety Car was called.

However, he slowed during the yellow period and caused the restart to be aborted when the #10 Alfa Romeo stopped on the circuit just as the field was about to take the green flag.

Holdsworth got going before the train caught him and, having dropped to last of the 19 surviving drivers, he regained a couple of spots before being classified 16th once post-race penalties were applied.

That result came after finishes of eighth in each of Races 1 and 2, from a qualifying position of 13th.

The early series leader had declared that the Sydney Motorsport Park weekend “need[ed] to be the turning point” after two rough events, but now finds himself more than a round behind Chaz Mostert.

“We didn’t quite get the car in the window for qualifying, but we improved it for the first two races and made good progress,” said Holdsworth.

“Unfortunately, the electrical issue in Race 3 meant we didn’t get to show our true potential.”

Holdsworth finished that race with a bruised nose on the Giulietta after the coming-together with Cameron.

It was an incident caused just ahead of him, however, when Luke King moved left to apparently avoid a hit with Ben Bargwanna but succeeded instead in squeezing the #155 Peugeot and the #10 Alfa Romeo.

Officials investigated the matter afterwards and deemed it a racing incident.