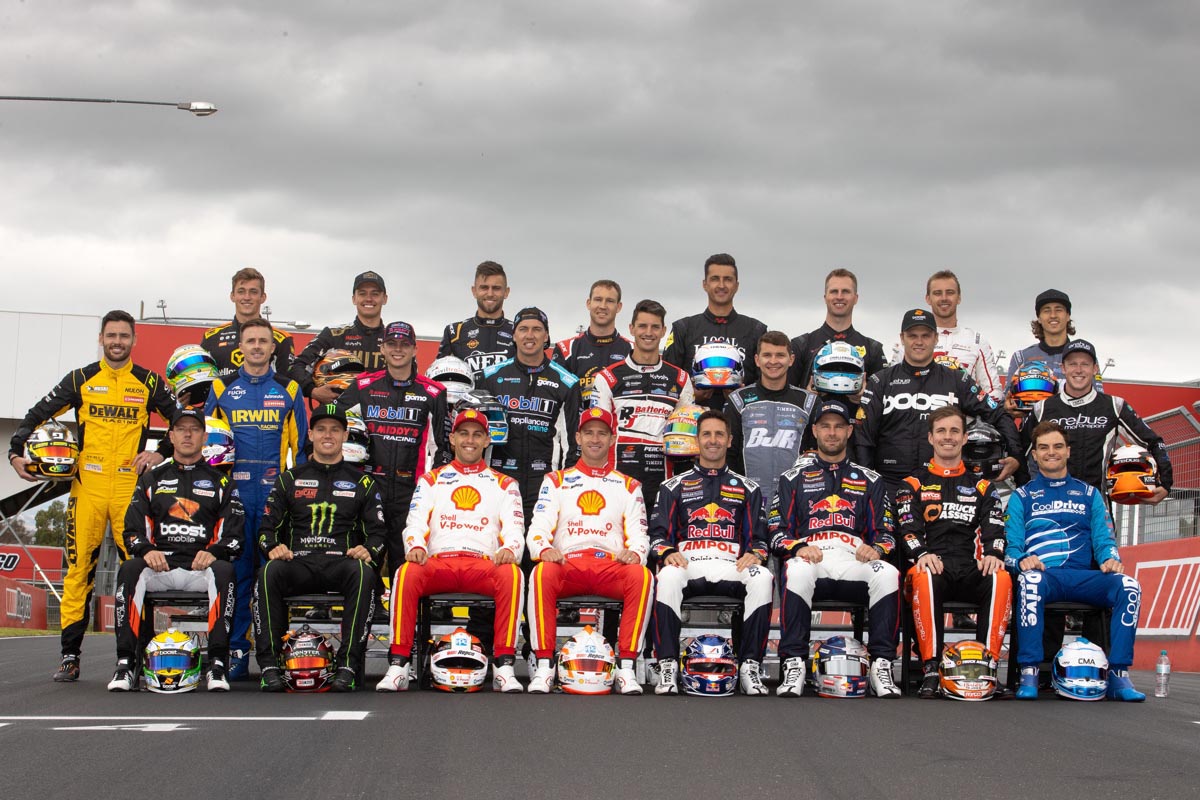 Supercars competitors, past and present, have previously sought to start a drivers’ association

Supercars veteran David Reynolds and his manager are leading calls to establish a professional drivers’ association, claiming stars of the sport are being kept in the dark out of fears of a ‘militant’ union forming.

His belief is that a driver-focused organisation should be set up, akin to the AFL Players’ Association (AFLPA).

The AFLPA was established nearly 50 years ago as a collective voice for its players.

Speaking with Speedcafe.com, Ruggiero said a collective has failed to form due to drivers being intimidated out of such action.

“I would argue that the drivers are deliberately kept out of the equation because of the typical things industries fear about key people in their industry organising themselves collectively – that’s that they’re going to drive the costs up and it’s going to become militant,” Ruggiero told Speedcafe.com.

“That’s how the team owners are going to view it; us against them. The AFL has done it. Rugby has done it. Every other so-called professional sport has done. But not this sport.

“I know over the years drivers have tried to make this happen but they’ve been intimidated out of it,” he added.

“For some reason, it has been constantly resisted and I suspect it’s because they’re threatened by the consequences.” 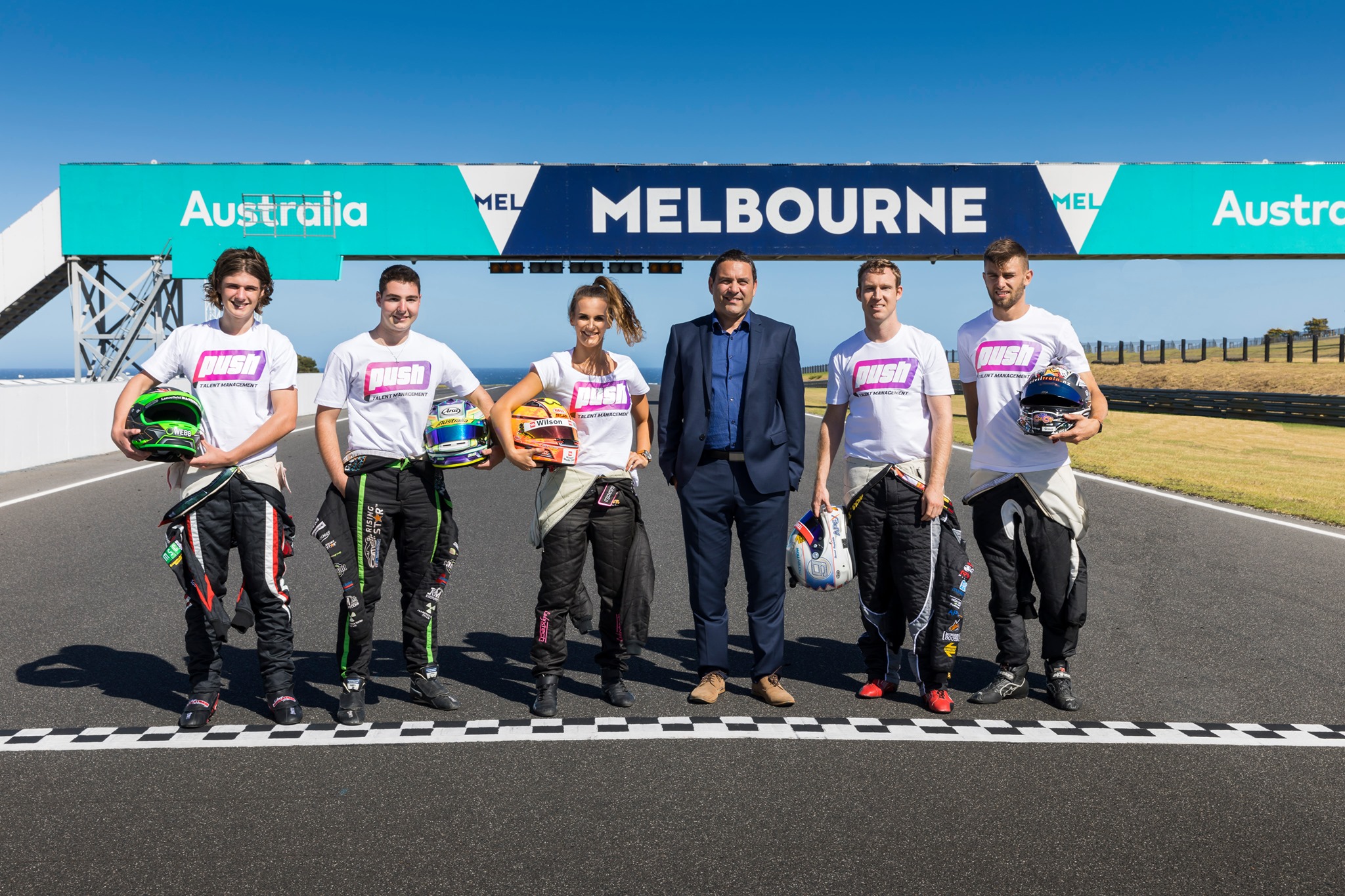 In recent years, Ruggiero has become disillusioned with the state of Supercars and is concerned drivers have been treated unfairly.

“In some ways, maybe it’s a primitive sport compared to some of the others that have been around,” Ruggiero explained.

“Aussie Rules has been an evolving business model for 125 years. Our sport isn’t; nevertheless, it claims to be a professional sport.

“I feel that the drivers, in a lot of cases, are being taken advantage of and continue to be. No one is doing anything about it.

“I don’t think it’s fair that young men bring family money or sponsorship to pay for a service and have no influence over what’s going on.

“It’s pretty cruel and inappropriate in my opinion. It’s hard for me. I’m the manager and at times I’m loved and at other times I’m despised.

“A driver should have the right to choose who represents them and the team needs to accept that just as they do in the AFL.”

The organisation could give drivers from Supercars’ feeder series and other categories resources that they might otherwise not have access to.

A renewed attempt by Ruggiero and Reynolds to get an association off the ground comes after the coronavirus pandemic saw drivers hit by salary cuts of varying degrees.

Ruggiero said drivers were left to fend for themselves, but a drivers’ association might have given them more protection and a large support network.

“They had no seat at the table. Sean Seamer [Supercars CEO] keeps talking about how critical the drivers are now.

“It’s convenient when a manufacturer disappears and they come out and say, ‘It’s all about the drivers’, but when it comes to drivers being reasonably represented, they have no representation, yet they’re the biggest commodity.

“They’re the biggest asset of the sport. Not the car anymore, the drivers. They don’t have a seat at the table. When are they consulted? Who sits at the table with management?

“I feel sorry for the drivers because they had no way of collectively organising themselves to understand what was happening to them and how they needed to collectively manage the situation. It’s been going on for too long. They were hopelessly exposed during that situation.” For Reynolds, the formation of an association would break down communication barriers between the drivers and the category.

He feels that a lot of decisions are made without consulting drivers, noting recent developments surrounding Gen3 and the lack of communication.

“Most professional sporting bodies have a players’ representation as part of it,” Reynolds told Speedcafe.com.

“If we want to really be serious about our sport, I think it’s a logical step we have to take. The problem is, all the team owners hold most of the cards and that’s kind of been the problem in our sport. Team owners have the majority say and they don’t really consult us or keep us up to date.

“This Gen3 thing, for example, I have no idea what’s going on with that. Punters are always asking me and I’m always saying I’m the last one to find out. We could filter information through an association through to the drivers possibly.

“It’s just words on paper that can be sent around. It’s simple. It’s creating that avenue for the information to come through.”

However, those calls have fallen on deaf ears at Supercars.

Supercars chief operating officer Shane Howard said he believes there is no need for a collective to be formed.

“We’ve never had a formal drivers’ association, but we consult with drivers on a range of different things,” said Howard.

“I don’t think we need a drivers’ commission, et cetera. The drivers know that they can communicate with us openly on any issue they have.

“They can approach us if they have any concerns and that’s been communicated to them a number of times.

“We certainly get those views from Jamie on the commission too. Any rules changes, any of those things, are all discussed at the commission level. It’s great to have his point of view.” Triple Eight Race Engineering co-owner Whincup currently holds the aforementioned spot on the Supercars Commission, and as such, acts as the de facto driver representative.

“If any of the drivers have got any concerns, or they want something extra, I’d love to put my hand up and say, ‘Come to me and I’ll try to make it happen’,” Whincup told Speedcafe.com.

“If something was sensible, that made sense, Supercars would let us have it.”

He agreed that the sport could be doing more in a similar vein to the AFLPA.

“As a driver, you’re subcontracted to a team, and it’s your responsibility to manage that side of things yourself,” Whincup explained.

“I know the AFL do that really well. I’m not saying we need to get this done tomorrow. [Reynolds] has got a point and hopefully at some stage, we can get to a similar thing as what the AFL do.

“And they support players that are finishing their career as well, and make sure that… Gee, they’ve set up apprenticeships and those things. So, could we be doing more? A hundred percent. For sure. We should put that on the list and get to it as soon as we can.”

Whincup fears that another attempt to get an association up and running might fail like other attempts.

“Steven Richards and Rick Kelly tried to do a drivers’ group,” said Whincup.

“We all put in a thousand bucks, and it never really eventuated. They ended up giving the money and we moved on, because there weren’t that many items.”