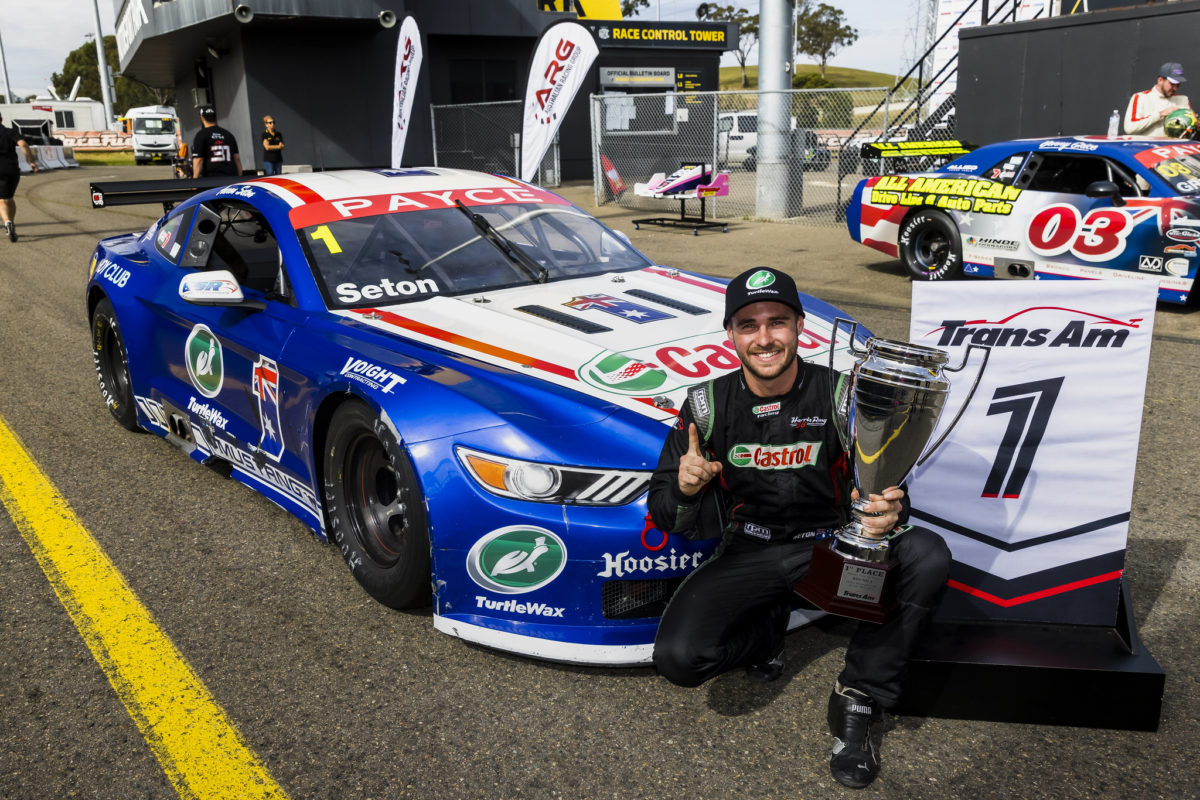 Aaron Seton has extended his National Trans Am Series lead with victory in a thrilling final race of Round 3 at Sydney Motorsport Park.

The third-generation star found himself in a wild three-way battle for the lead with Nash Morris and Nathan Herne in the opening few laps of Race 3.

While it was Morris that initially led the way, Seton was able to snatch the lead with a clean move into Turn 1 at the start of Lap 5.

Herne and Tim Brook quickly followed him through, that trio then battling it out to the chequered flag.

They ended up finishing in that order with less than a second and a half between them.

Owen Kelly also provided plenty of action with an incredible drive from the back of the grid.

He went from last to fifth in just six laps before a tangle with Kyle Gurton dropped him back into the midfield, followed by another charge that yielded ninth in the final classification.

Kelly had led every lap of Race 1 but a first-lap coming together in Race 2, also with Gurton, put him out of that contest.

Seton finished second in each of those encounters, while Herne picked up the other win.

Round 4, which also supports the Shannons Motorsport Australia Championships, takes place at Morgan Park on June 25-27.