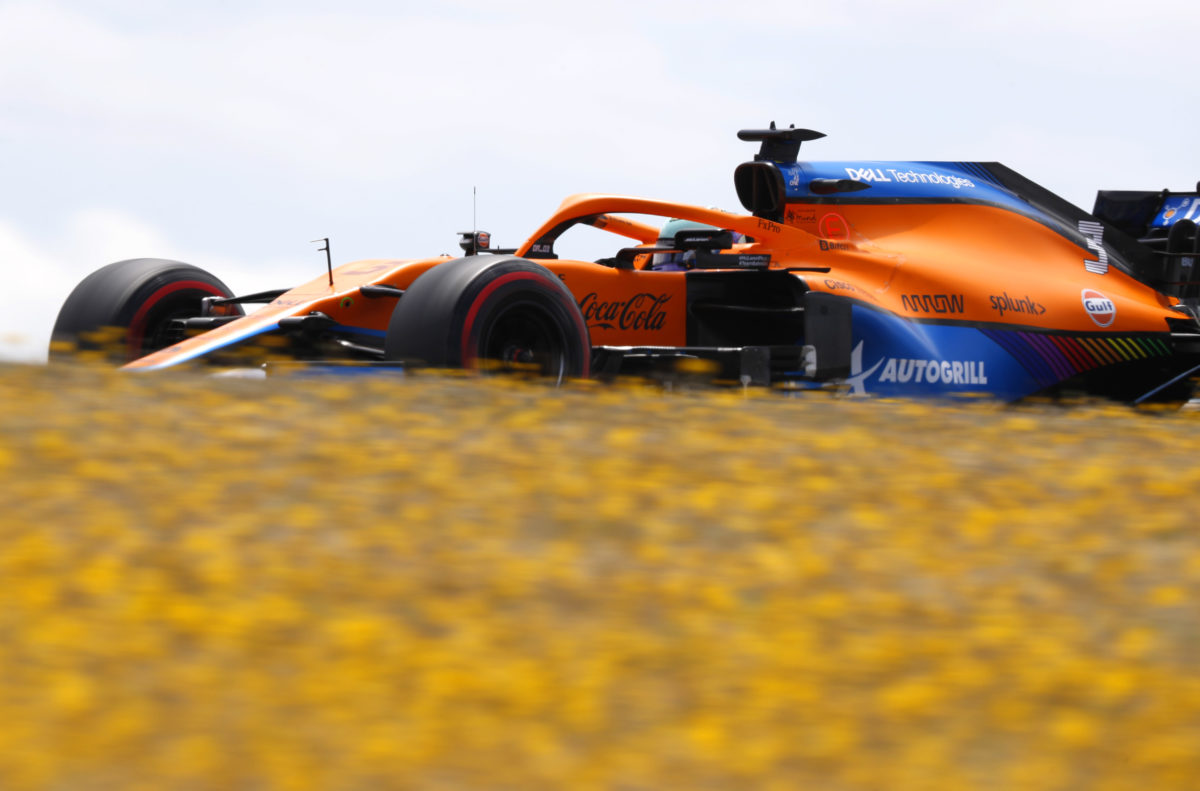 Daniel Ricciardo has said his early exit from qualifying is especially disappointing after he enjoyed a promising opening day at the Formula 1 Portuguese Grand Prix.

The Australian fell at the first hurdle in qualifying, setting the 16th best time to be one of the five drivers eliminated at the end of the first segment.

Ricciardo had been optimistic following the opening day of running in Portugal, suggesting he was more comfortable with the car.

“I felt like it was getting better this weekend. I felt like yesterday was a step in the right direction,” Ricciardo said.

“Obviously quali today was, I’d say, probably not the real picture of how the weekend had been going, but of course that kind of makes it maybe even more disappointing.”

The 31-year-old recorded a 1:19.839s lap at the end of Qualifying 1, slower even than he’d managed in Free Practice 3 earlier in the day.

Driving home the point was Lando Norris, who recorded a 1:18.794s in the same session, the better part of 1.1 seconds faster.

The result was Ricciardo’s first Qualifying 1 exit since 2019.

“I’m certainly ever been happy with a with a Q1 exit,” he said when asked by Speedcafe.com where the time was lost.

“I think it all started in in turn one. Someone could have been a little kinder to me with traffic, but then it kind of just followed through the lap.

“I felt like I was trying to probably overdrive to catch up a little bit, and then by the last sector, I’d cooked a bit the tyres.

“I think what’s really penalising with this track is, because it’s such a low grip circuit, it is very easy to slide and lose a chunk of time.

“It’s not an excuse, but I just think the characteristics, it can quickly spiral out of hand. That lap certainly did.”

While Ricciardo will line up 16th, Norris will start from seventh for Sunday’s race.

Valtteri Bottas will start from pole, alongside Lewis Hamilton in an all-Mercedes front row.

McLaren is locked in battle with Ferrari for third in the constructors’ championship, while Alpine has been somewhat resurgent in Portugal following a sluggish start to 2021.

Ricciardo finished seventh at the Bahrain Grand Prix to start the year, and was sixth last time out at the Emilia Romagna Grand Prix to chalk up consecutive points-paying results in his first two starts for McLaren.

Those performances came despite the Perth-native acknowledging he’s still not fully up to speed with the McLaren.

“It’s probably two-fold; like trying to still exploit the strengths of the car but also driving around the weaknesses,” Ricciardo explained.

“Things that I would use to do maybe to, let’s say, go quicker in the entry of a corner might not work now, you know, it might tip it over the edge, so to speak.

“So it’s just like fine tuning. It’s kind of everything, like the way you turn in, the way you brake and all of that.

“But at the end of the day, every F1 car is going to be different, so of course it’s up to me to adapt,” he added.

“I can give feedback and tell them ‘I think this can be better, we should try and develop the car in this phase’, but obviously, at the end of the day, for now, it is what it is.

The Portuguese Grand Prix gets under way at midnight AEST tonight.