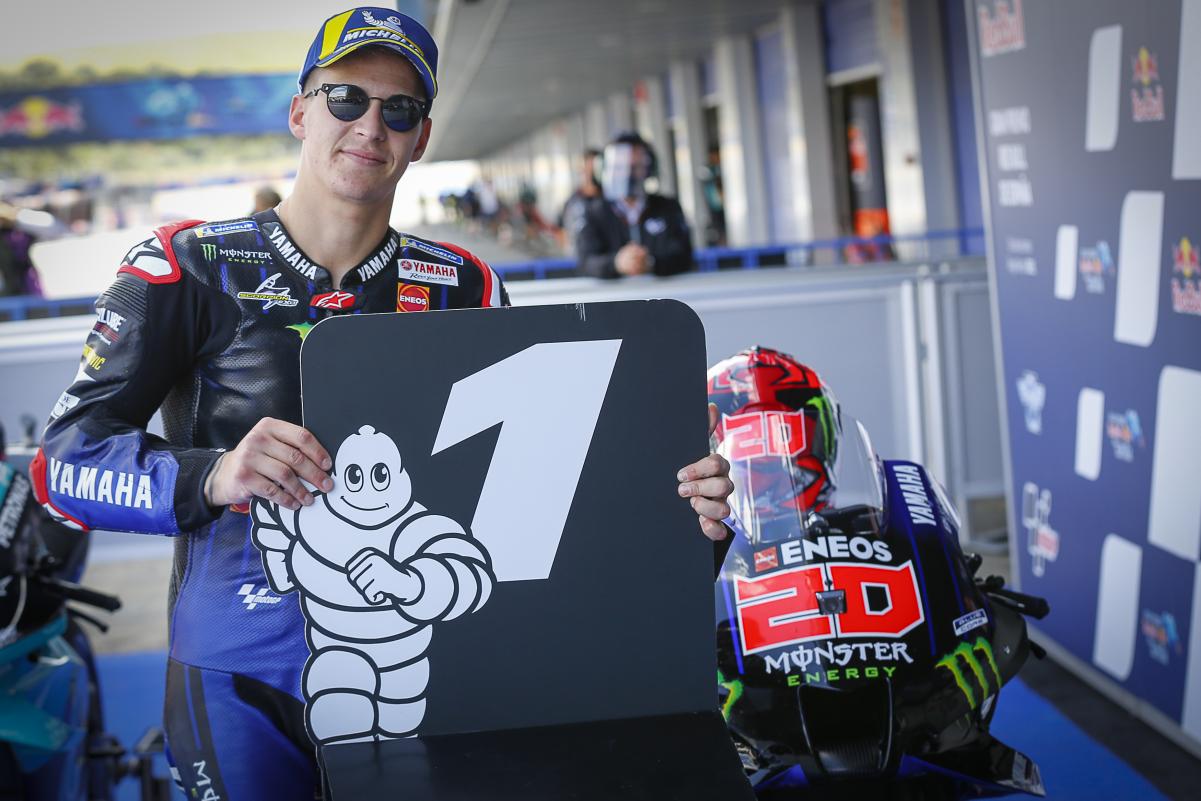 Fabio Quartararo has taken pole position for the Spanish MotoGP while Jack Miller made the front row in qualifying at Jerez.

Quartararo, the championship leader, was the class of the field again on his Monster Energy Yamaha and finished 0.057s ahead of Petronas Yamaha SRT’s Franco Morbidelli.

Miller (Ducati Lenovo Team) ended up third, 0.105s away from pole, having been handed a belated bye to Qualifying 2 due to Morbidelli having two lap times cancelled in Free Practice 3.

Marc Marquez, who escaped a fast crash in FP3 without major injuries, qualified 14th after he could not get his Repsol Honda out of Qualifying 1.

Miller experienced technical dramas in FP4 but looked fast when Q2 got underway, going to a 1:37.244s on his first flyer.

He was quickest until Quartararo made the time look relatively pedestrian by banking a 1:36.807s straight out of the box, before Morbidelli clocked a 1:36.812s.

The Yamaha riders therefore sat first and second after the first runs, ahead of Takaaki Nakagami (Idemitsu LCR Honda) on a 1:37.008s and Miller on a 1:37.021s.

Morbidelli started his second run with a 1:36.886s and while following laps yielded no improvement either, it mattered not for the Italian.

Miller did, however, edge back up to third with the 1:36.860s which he set while following team-mate Francesco Bagnaia around the Jerez circuit.

Quartararo consolidated his hold on first position with a 1:36.755s just seconds before the chequered flag, after which Bagnaia dug himself out of a hole in going from 10th to fourth on a 1:36.960s.

Earlier, it was Morbidelli and Binder who got out of Q1, while factory Honda team-mates Pol Espargaro and Marc Marquez ended up 13th and 14th on the grid, respectively.

Miguel Oliveira would have been ahead of that duo but had his last lap time cancelled and was therefore relegated to 16th on his Red Bull KTM, one spot up on Valentino Rossi (Petronas Yamaha SRT).