No further action over Cameron crash

No further action over Cameron crash 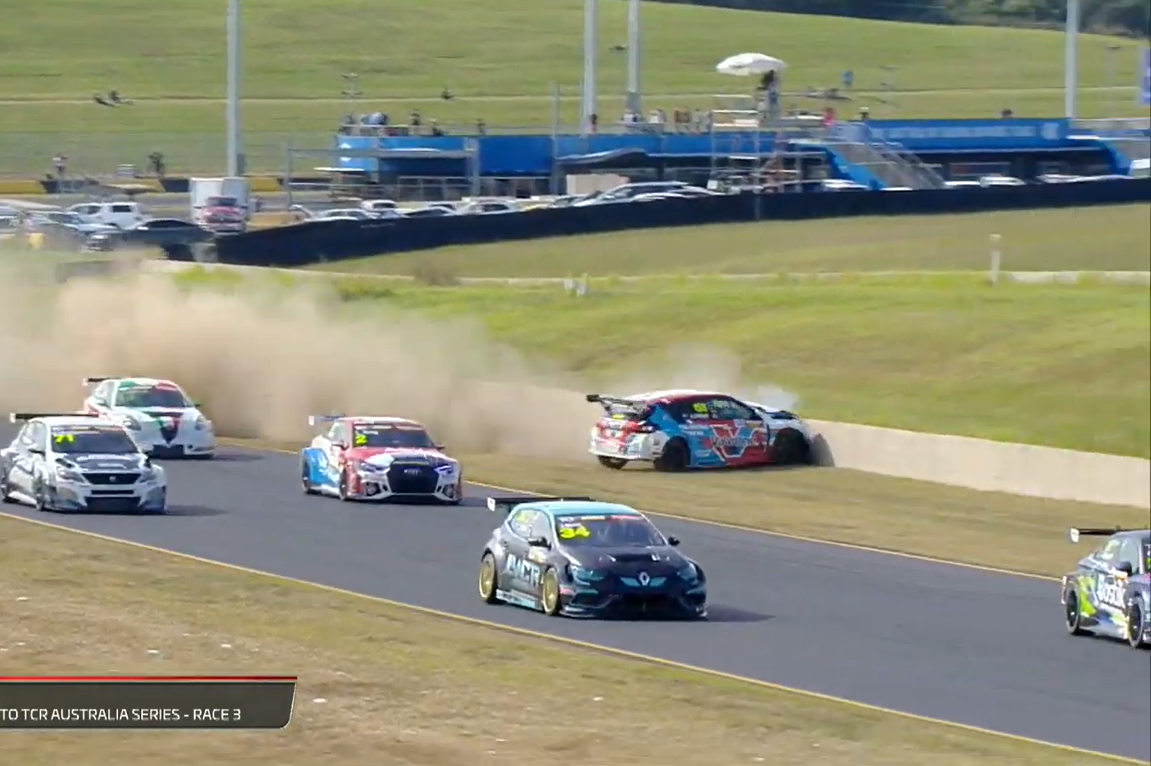 Stewards have opted to take no further action over the crash which took Aaron Cameron out of Race 3 of Supercheap Auto TCR Australia at Sydney Motorsport Park.

Cameron’s Peugeot hit the concrete wall between Moffat Corner and Bond Bend on Lap 5 as a result of a squeeze with Luke King and Lee Holsworth.

King had moved left with the apparent intent of avoiding contact with Ben Bargwanna just ahead of him, but the #155 308 was in the same piece of real estate, with Holdsworth just behind.

The matter was investigated post-race and stewards found no driver wholly or predominately to blame, a Motorsport Australia spokesperson has advised Speedcafe.com. 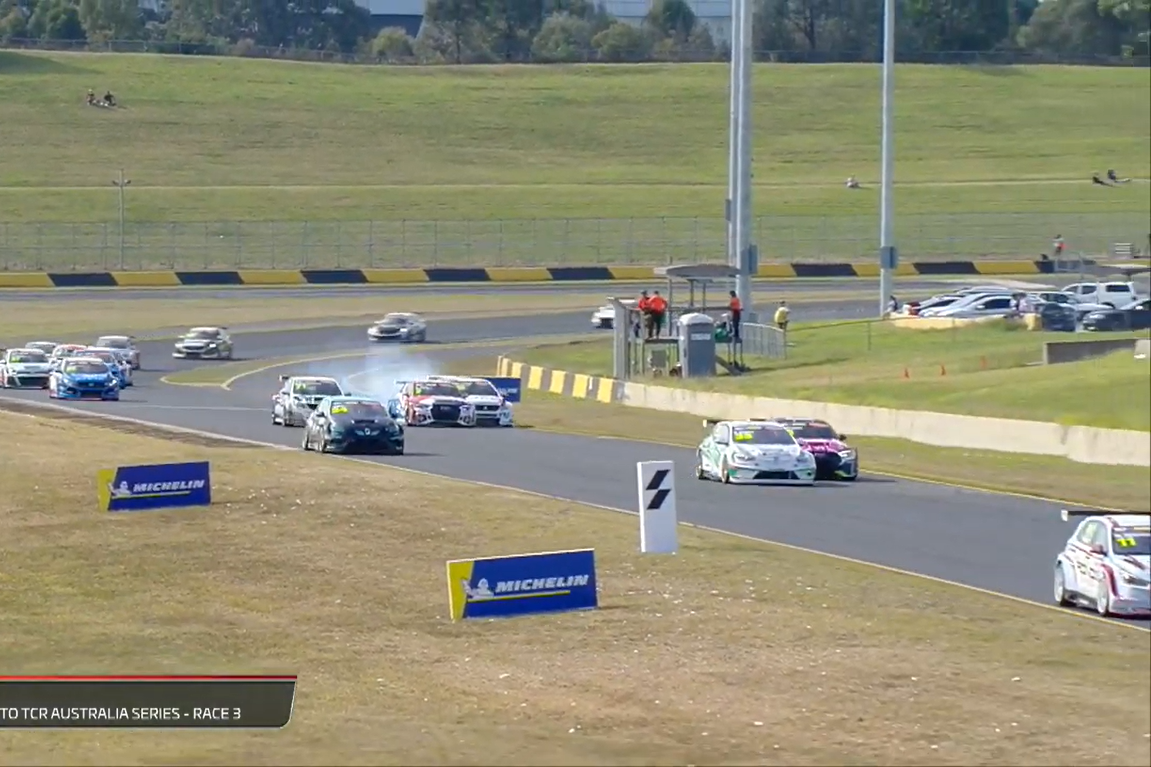 The Audi duo had taken the chequered flag in sixth and seventh respectively, but each gained a spot due to a post-race time penalty for would-be podium finisher Dylan O’Keeffe.

The Renault driver was found to have breached Safety Car procedures by overlapping with Nathan Morcom before the control line when he made the move for third at the restart following the Cameron crash.

The 10-second penalty dropped O’Keeffe from third to 17th, while Chelsea Angelo copped a 15-second penalty for passing before the control line upon an earlier restart.

Angelo was officially classified 19th, one position behind that in which she crossed the finish line in her Volkswagen.