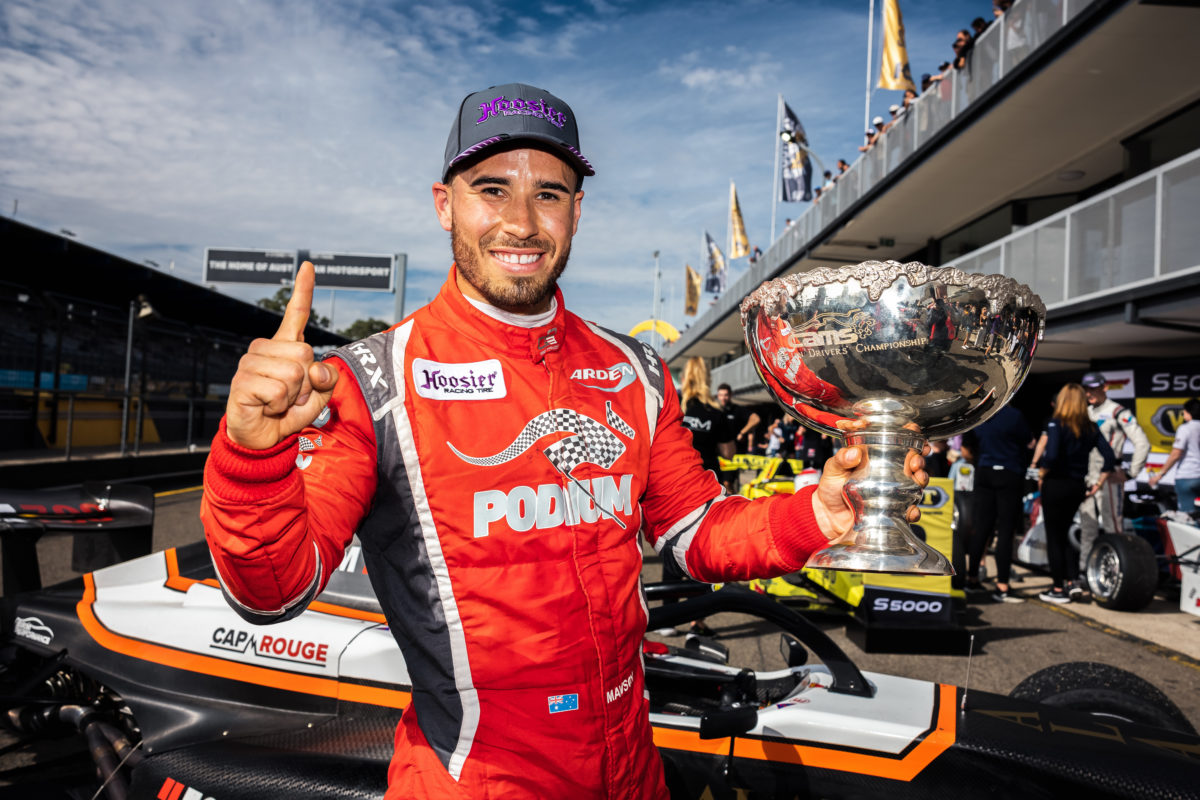 Joey Mawson has won the 2021 VHT S5000 Australian Drivers’ Championship despite a wild off at the start of the final race of the season at Sydney Motorsport Park.

Mawson took eighth in a Main Event won by Garry Rogers Motorsport’s James Golding, more than enough to clinch the Gold Star title, but not without a major scare along the way.

The Team BRM driver needed only to finish the weekend’s feature race to secure championship honours and that seemed a straightforward enough task given he started outside of Golding on the front row.

However, following Golding through the first corner of the race, Mawson’s #27 machine broke free and he sprayed through the gravel trap on drivers’ right.

The 25-year-old managed to rejoin at the rear of the 10-car field, as Luis Leeds took up second spot ahead of GRM team-mate Nathan Herne after making a lightning start.

The other two title contenders in the field, Tim Macrow (Tim Macrow Racing) and Thomas Randle (BRM) emerged fourth and fifth respectively from the opening corners, but the latter was under pressure.

That was until he dropped a wheel off exiting Moffat Corner on Lap 6 and spun, grazing the inside wall before coming to rest at Bond Bend.

That triggered a Safety Car, wiping out a lead of over five seconds for Golding, but not before Mawson nabbed seventh from Kaleb Ngatoa (BRM) in the kerfuffle which Capo’s incident caused.

The race restarted on Lap 10 with enough time for two more tours of ‘Eastern Creek’.

Mawson, who had ingested debris into his radiators and was also reporting apparent steering damage, would cede seventh back to Ngatoa on the final lap but it mattered not.

Ahead, Golding took the final win of the season by 2.23s from Leeds and Herne, an all-GRM top three.

Randle made the pass for fourth on Macrow, who was carrying wing damage from an early touch, upon the restart and that move would decide who finished second in the championship.

Webster finished the race behind them in sixth, with Braydan Willmington (Willmington Racing) last of the nine to make the chequered flag.

The 2021/22 season starts in September at Sandown.