How the Gold Star will be won

How the Gold Star will be won 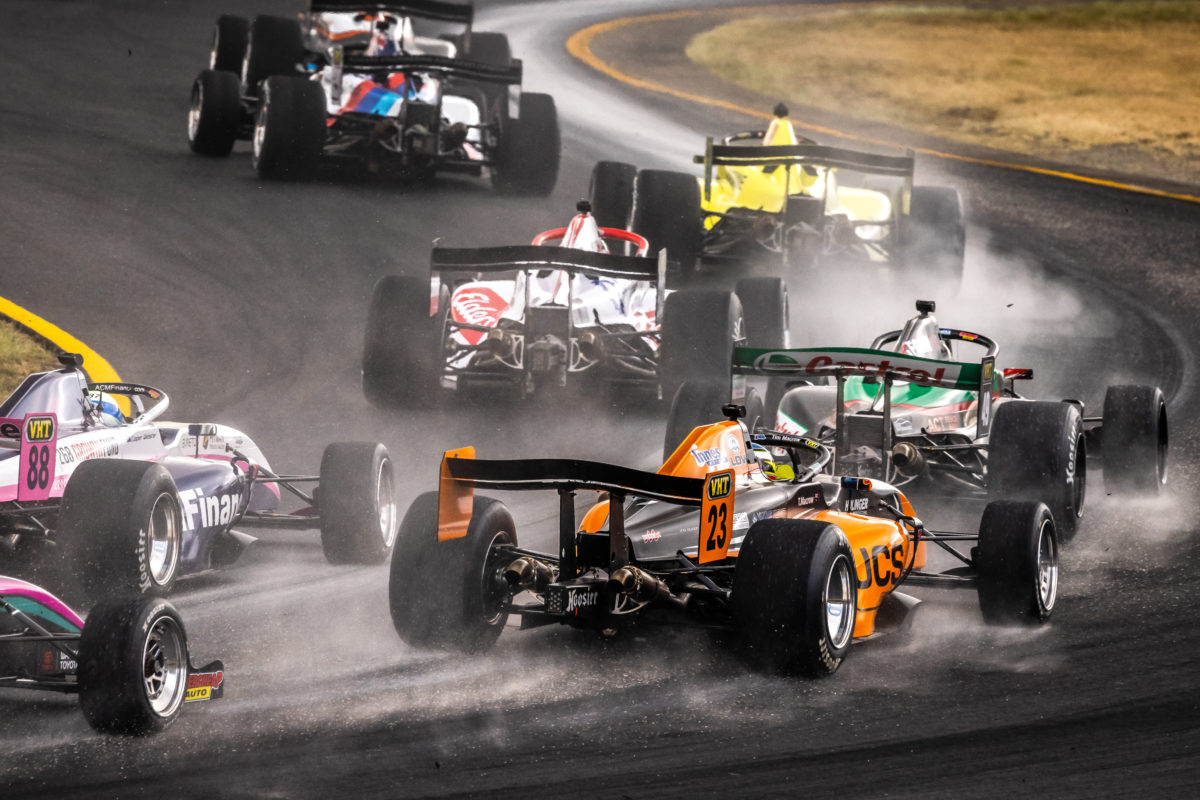 The prestigious Gold Star is now a race in three but S5000 championship leader Joey Mawson is the overwhelming favourite ahead of today’s season-ending race at Sydney Motorsport Park.

Mawson will take a 48-point lead into the ‘Main Event’ (feature race) for Round 4 of the 2021 campaign, in which the winner receives 60 points.

Next on the table is fellow Team BRM driver Thomas Randle, while Tim Macrow, already a two-time Gold Star champion, is one point further back.

For Mawson to keep his fate in his hands, the scenario is relatively simple; he needs only to finish to collect a minimum of 16 points in the 10-car field.

If he does not manage to do that, both Randle and Macrow would have to finish at least second, which worth 50 points.

In that case, the Motorsport Australia Gold Star goes to whichever of those two takes the chequered flag in a higher position.

The honour was first awarded in 1957, and has gone on the line in a number of categories since then, but was shelved at the end of the 2014 Australian Formula 3 Championship.

It was to have been reinstated in 2020, when the first S5000 season proper would have been run, although the COVID-19 pandemic put paid to that.

Mawson is set to start the final race of the 2021 VHT S5000 Australian Drivers’ Championship, a 14-lap encounter, from second on the grid by virtue of points amassed thus far this weekend.

Macrow will line up third, with Randle alongside, when action gets underway at 12:10 local time/AEST.

Track activity at Sydney Motorsport Park has, for now, been delayed due to fog.