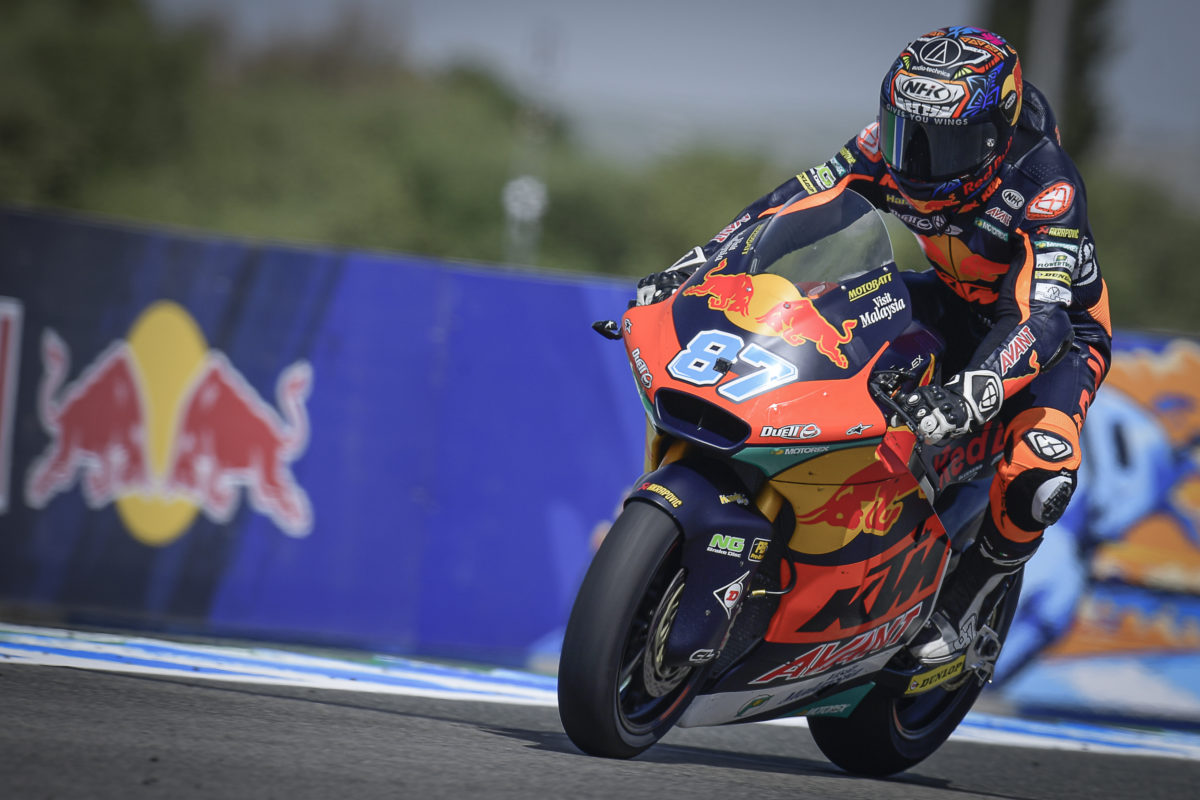 Remy Gardner is focused on the race itself despite qualifying on pole for the Moto2 Spanish Grand Prix at lap record pace.

Gardner nailed a 1:40.667s on his first flying lap around Jerez, beating the new intermediate class circuit benchmark which he set earlier in the day in Free Practice 3.

It means the Red Bull KTM Ajo rider, who leads the championship despite being winless thus far in 2021, is a strong chance of victory in the fourth race of the season.

“We got the pole position and that is undoubtedly a good thing. It is positive to secure this position on tomorrow’s starting grid, but we have to stay focused, as the important thing is the race.

“Overall, I’m satisfied with both the bike and the team. I can’t wait for Sunday’s contest.”

Joining the Australian on the front row will be Fabio Di Giannantonio (Gresini) and Marco Bezzecchi (VR46), the Italians respectively 0.071s and 0.086s off the pace.

Lowes, who won the two Losail races, threatened to pinch pole late in the piece but a moment at the final corner meant he only moved up to fourth at the time.

While he continued to push, the Briton’s hopes of further improvement were dashed when he had a fall on his following lap.