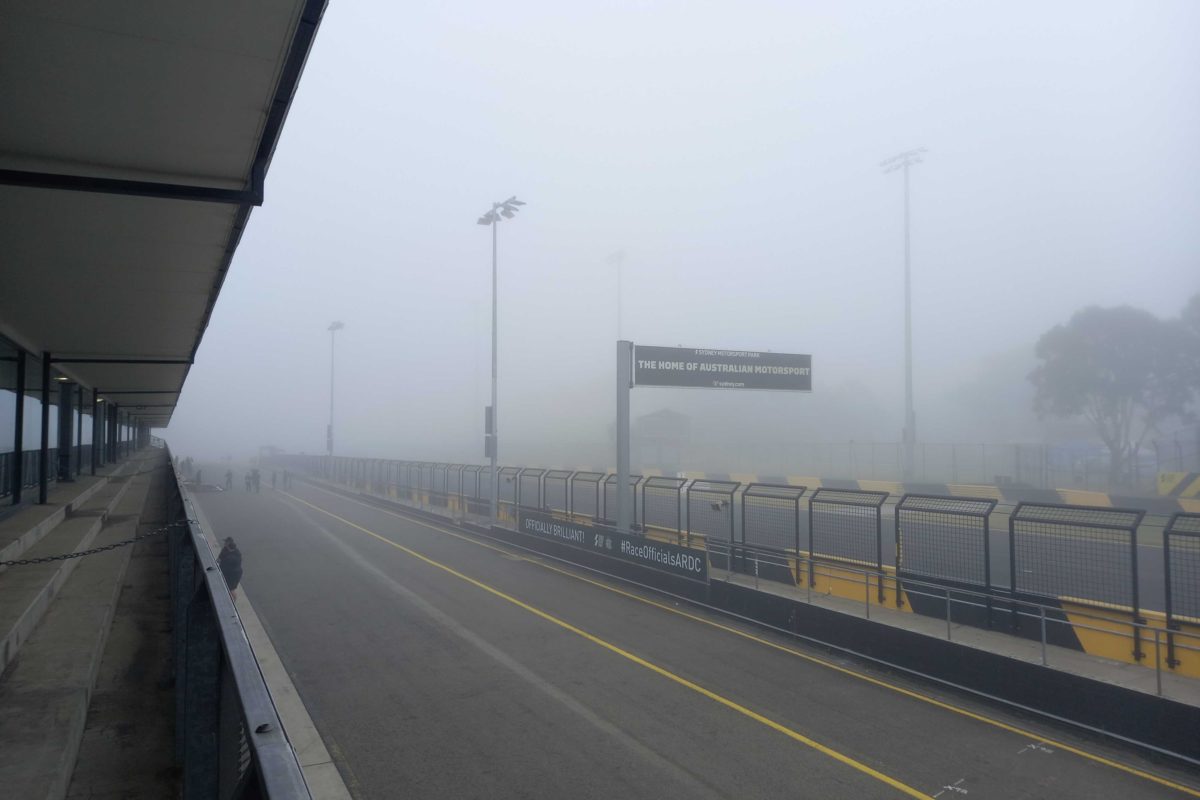 Fog has delayed the start of track activity on the final day of the Sydney round of the Shannons Motorsport Australia Championships.

A blanket of fog is hanging over Sydney Motorsport Park, where the Australian Prototype Series was to have been first on track at 09:05 local time/AEST for its second race of the weekend.

The Supercheap Auto TCR Australia Series was slated to race again at 10:10, while the VHT S5000 Australian Drivers’ Championship finale is due at 12:15.

See below for updated schedule

Joey Mawson is on the brink of winning the Gold Star, which has been restored with the advent of the new open-wheeler category, although Thomas Randle and Tim Macrow are both mathematical contenders.

The final session of the day is Race 4 for Australian Production Cars, early this evening.