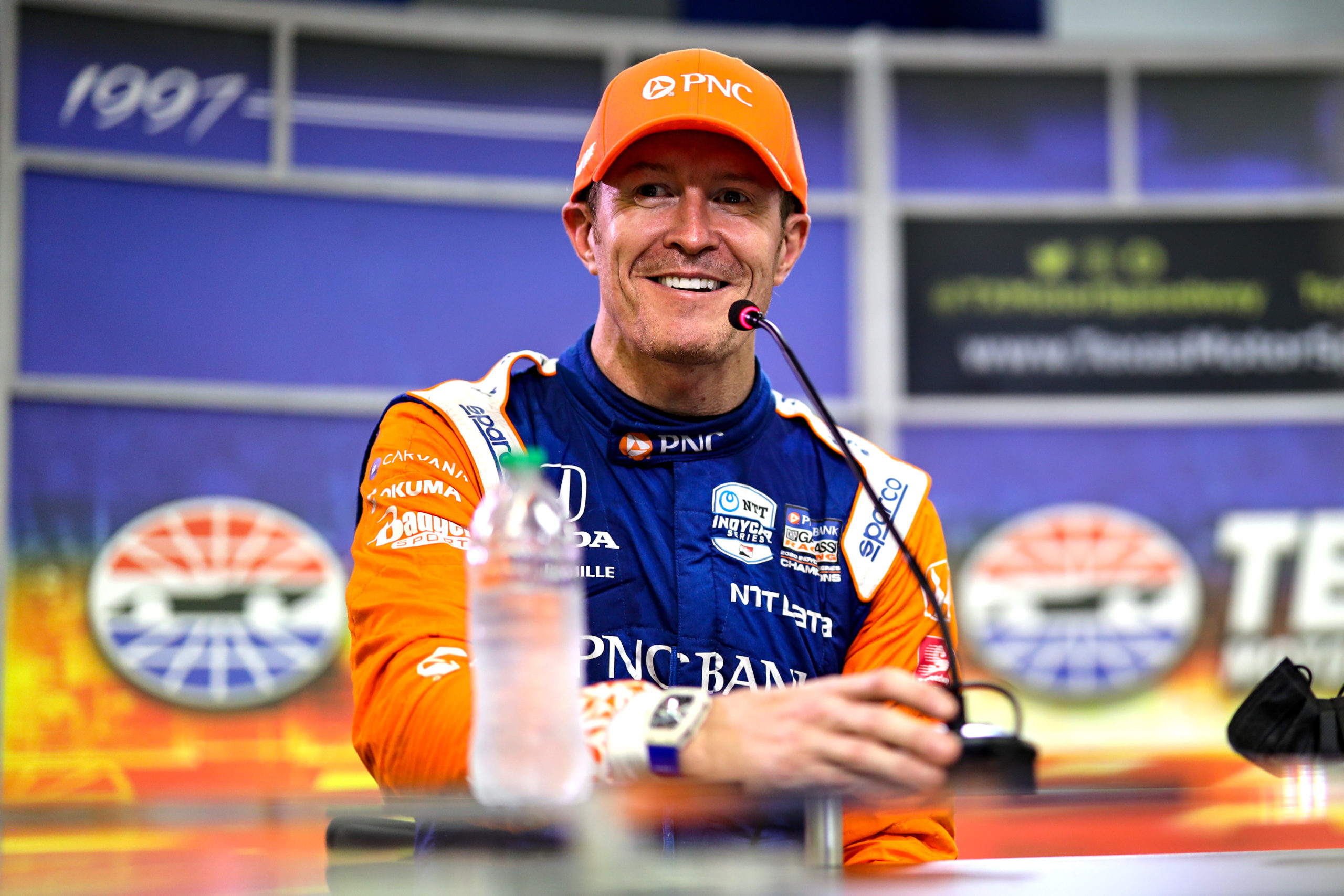 The Chip Ganassi Racing driver was dominant in the 212-lap affair while McLaughlin made headway from 15th on the grid to be a contender late in the piece for Team Penske.

Dixon, who moved into the lead of the IndyCar Series with his sixth win at the Superspeedway, described the nerve-racking finish to the Genesys 300.

McLaughlin, meanwhile, was similarly smitten to have battled his “all-time hero” Dixon for the win.

“It was a bit of a crazy night for us, definitely very tense there at the end,” said Dixon.

“It was kind of cool to be racing a countryman for those last few laps. They [Team Penske] definitely turned up strong.

“That was pretty awesome. A big thanks to everybody on the team.”

In the end, McLaughlin would come to within 0.2s of Dixon for the lead at the start-finish line.

“I have this little thing on the dash that tells me the gaps per car,” Dixon explained.

“I probably need to take it off because it was stressing me out more than anything. I keep looking down, I’m looking at the mirror. He [McLaughlin] was fast.

“Especially once you exit [Turn 2]. It’s just a big long straight all the way until you get to Turn 1.

“Especially as the conditions got cooler this evening, it was definitely a lot easier to go flat through [Turn] 1 and [Turn] 2.

“Definitely difficult conditions too, especially once you got into traffic. It was definitely an interesting one, but we won man, that’s what counts.”

With his 51st career win, Dixon moves to within one of Mario Andretti on the all-time IndyCar winners’ list.

A.J. Foyt holds the record for the most wins on 67.

“I never dreamed of that man,” Dixon said of coming within one of Andretti.

“It’s not me, it’s my family who helped me get here. My wife, my kids, everyone who’s involved to make this possible.

“This is what makes it worthwhile for everybody. We’re one away, It would be great to tie tomorrow night if we can.”

Dixon will start from pole position for the 24-8lap Xpel 375 at Texas Motor Speedway, the second race in the double-header.