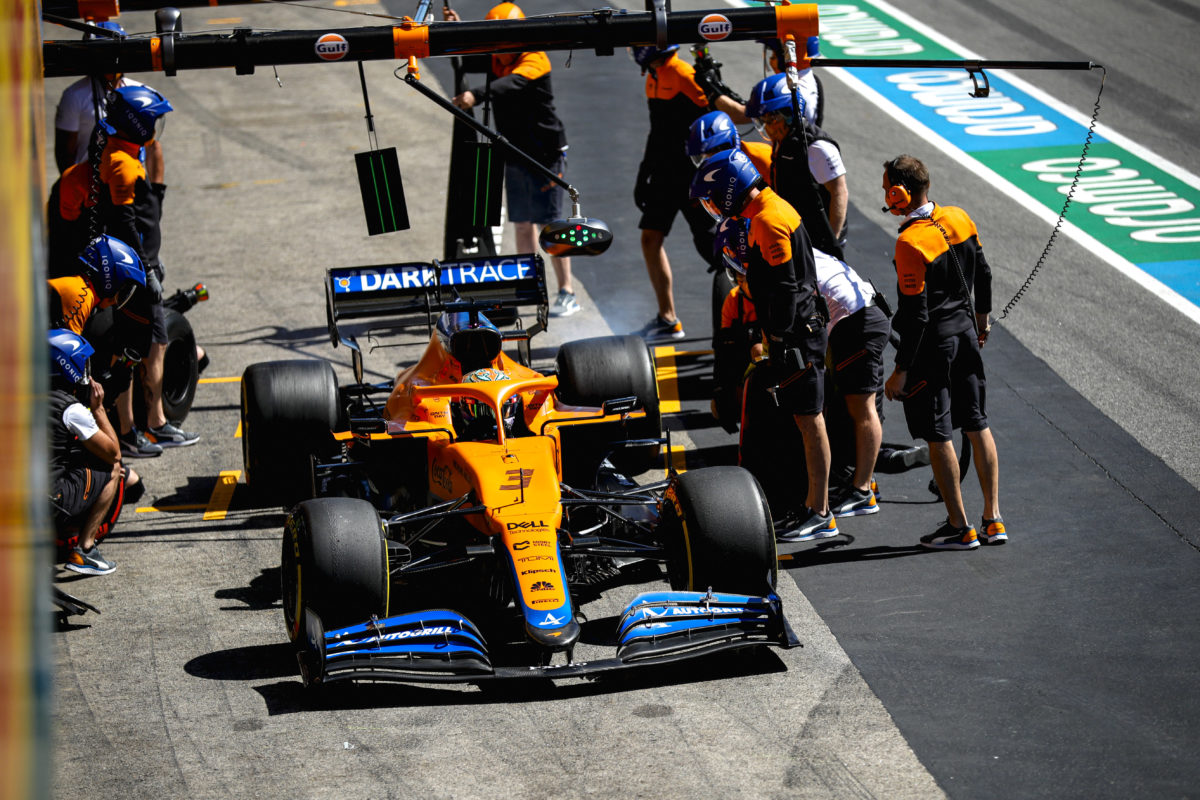 Eighth place during Friday practice for this weekend’s Formula 1 Portuguese Grand Prix has left Daniel Ricciardo happy with his progress.

The Australian has spent the opening two weekends of the 2021 season coming to grips with the McLaren MCL35M.

While he’s scored points in both races, last time out in particular he was comprehensively out-performed by team-mate Lando Norris.

In Portugal, the 31-year-old is beginning to feel more at home.

“It was a pretty good day in terms of my personal feeling in the car,” Ricciardo said after Friday’s running.

“I felt pretty comfortable from lap one this morning. The more laps I do, the better I feel, but it certainly felt like everything was more familiar when I hopped in the car today.

“I was ready to get on with it. I think we’re getting there.”

McLaren didn’t show exceptional pace in either of the two sessions on Friday, which were topped by Valtteri Bottas and Lewis Hamilton.

Red Bull and Ferrari also showed prominently, with McLaren seemingly behind the Scuderia after the opening day.

“We were eighth this afternoon, so we’re definitely in the ballpark,” Ricciardo reasoned.

“I’ve still got a bit to find but we did make a small step forward for the afternoon session.

“We’ll try to make another step tonight and we should be right in the mix tomorrow.”

While Ricciardo was happy with his performance, across the garage Norris was less so.

Though he ended the opening session eighth-fastest, he slipped to 12th in the afternoon.

“Not a perfect day, a couple of issues here and there which interrupted some of our running,” he explained.

“It wasn’t too bad, it just meant we didn’t quite get through the run plan as easily as we wanted to.

“We definitely have some work to do overnight on some things,” he added.

“I think there’s some quite clear areas we can focus on that, if we improve them a little bit overnight, we can definitely find some performance.

“So, that’s our aim tonight, we’ll see if we can come back stronger tomorrow.”

Free Practice 3 for this weekend’s race begins at 21:00 AEST tonight, with Qualifying to follow at midnight.