Power’s advice to McLaughlin ahead of Superspeedway debut

Power’s advice to McLaughlin ahead of Superspeedway debut 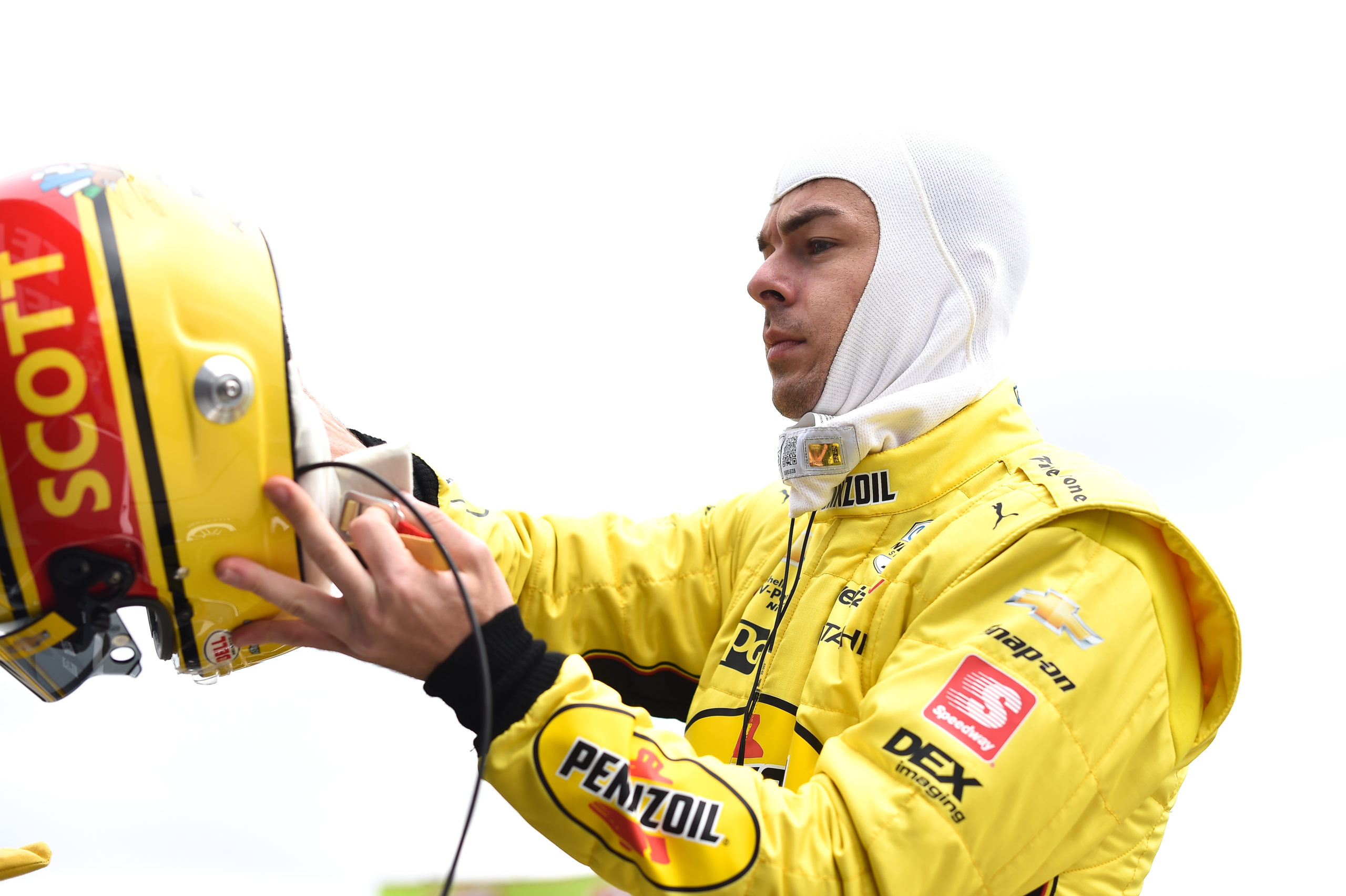 Veteran Will Power has outlined how Scott McLaughlin should approach his first competitive IndyCar Series outing on a Superspeedway.

This weekend the series will race twice on the high-banked Texas Motor Speedway, marking McLaughlin’s first points-paying hit-out on an oval.

The series rookie has had a big build-up to the double-header, completing hundreds of laps at Texas Motor Speedway and Indianapolis Motor Speedway in preparation for his first start.

Power, who has over 200 starts in top-flight North American open-wheel racing, said McLaughlin’s focus should be on a clean weekend.

“Don’t take any risks, don’t put yourself in a situation that you don’t know what a car will do, don’t try the outside,” Power told Speedcafe.com.

“Just be very mindful of the speed that you’re doing and what could happen. As we saw with [Robert] Wickens, you cannot underestimate how dangerous a Superspeedway can be. You’ve got to be mindful of that.

“After a while, things slow down for you. You kind of forget the speed you’re doing. You know pretty quickly how fast you’re going when you’re heading for the wall, put it that way.”

For a long time, Power struggled to get to grips with speedway racing.

It wasn’t until four years after his first oval start that Power claimed his first win on a Superspeedway.

Since then, he has claimed eight IndyCar Series wins on ovals, three of which have come at Pocono Raceway.

An incident-free weekend, in Power’s eyes, will do McLaughlin a world of good heading into his maiden Indianapolis 500 start.

“The worst thing on a Superspeedway that I found when I was younger was, if you have a crash, it just sets you back so far,” Power explained.

“Especially if it’s a crash that caught you unaware and you weren’t sure what happened. A gust of wind, or something. Then you’re worried.” 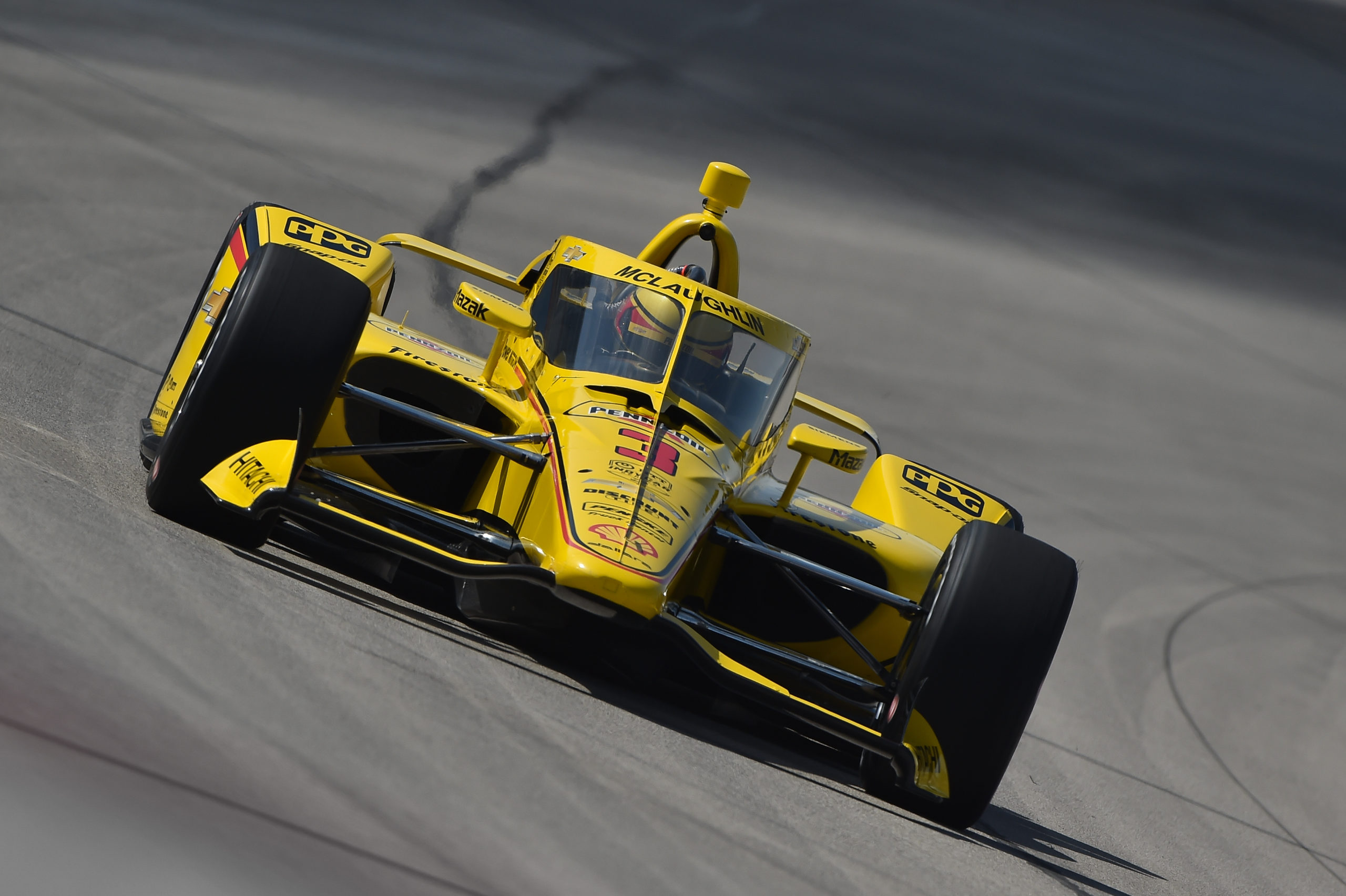 With what is largely expected to be a race dominated by pit strategy due to the one-line groove at Texas Motor Speedway, Power said there’ll be a lot of emphases put on qualifying.

Rolling out with a strong car will be fundamental to a solid showing for McLaughlin.

“If you’ve got a good car on an oval, you’re going to be at the front immediately anyway – it’s all about the car on the ovals. You can’t drive around a bad car,” said Power.

“The skill of being a good oval driver is being able to give your engineer feedback and make a good car, then react and make sure you use all the tools that you have to keep a good car and make sure it heads in the right direction balance-wise over a stint.

“I think he’ll roll off the trailer with a good car and that’ll make it significantly easier. If he qualifies up the front he can just stay up the front. I’m pretty sure of that.

“If you’ve got a fast car on an oval, you’ll run at the front. Obviously, it’s a bit of experience there and understanding of what changes to make while you’re out there in the cockpit. Half the battle is won when you’ve got a car that works well.”

Power said McLaughlin will come good in due course.

Ultimately, time in the car will pay dividends for the three-time Supercars champion.

“I’m pretty sure he’s going to have a chance at podiums, maybe a win, at some point this season,” said Power.

“He’s been really methodical about his approach and not throwing it off, completing all the laps in the races and testing, and just getting experience.

“He has all the ingredients to be successful because he’s won at a high level in a high-level series before.

“There’s no reason he’s not going to learn how to extract the most out of an IndyCar. It’s the same old story. You’ve got to get the miles in the car.”