O’Keeffe: Renault pace has not come out of nowhere

O’Keeffe: Renault pace has not come out of nowhere 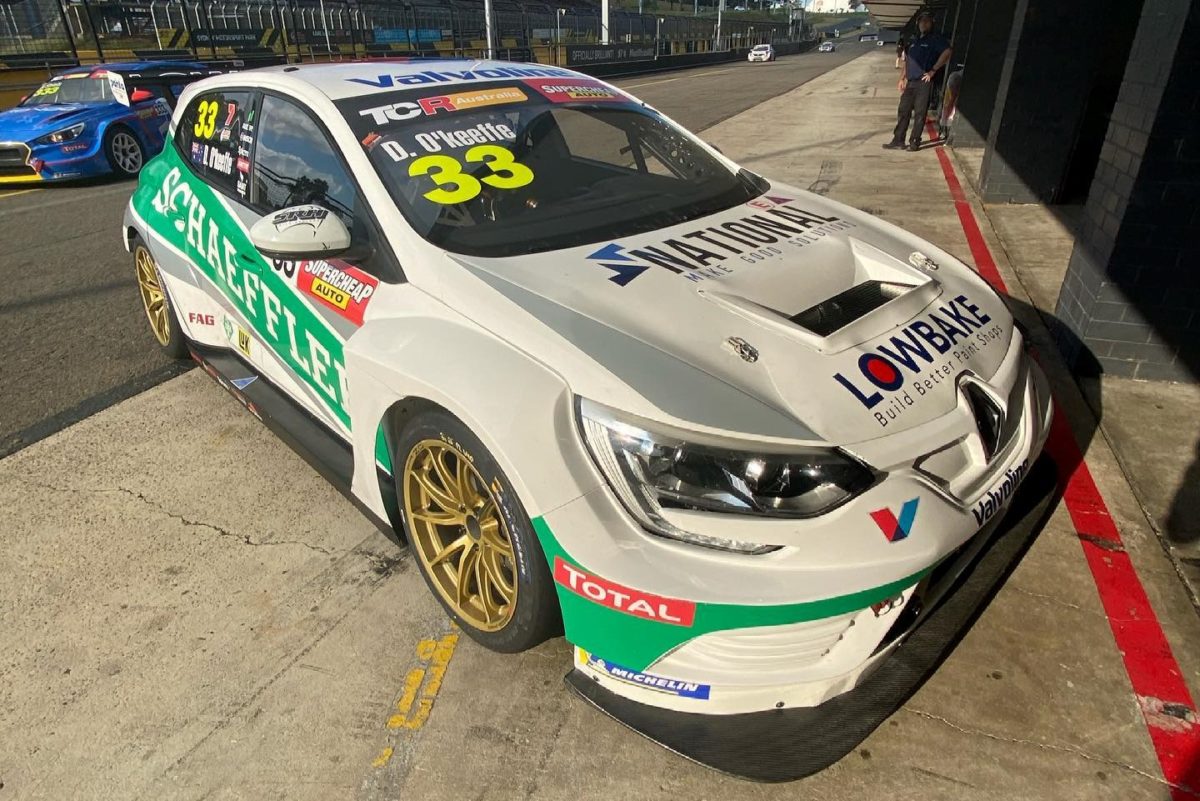 Sydney practice fast man Dylan O’Keeffe believes that the Renaults’ sudden pace in the Supercheap Auto TCR Australia Series has not “come out of nowhere”.

A Megane was quickest in both practice hit-outs for Round 4 of the season, James Moffat leading a one-three in the first session before being beaten only by Garry Rogers Motorsport team-mate O’Keeffe in the second.

Those figures stand in stark contrast to how the two Renault steerers have fared thus far in 2021, with Moffat’s best finish being a sixth position and O’Keeffe’s a seventh.

Furthermore, their best qualifying result is 10th, once each, although Moffat missed out on Qualifying 2 running at Symmons Plains due to a technical problem.

O’Keeffe, who suffered a turbo wastegate failure in the most recent round, at Bathurst, referred to such dramas in explaining how the apparent upturn at Sydney Motorsport Park has come about.

“Everyone thinks it’s just come out of nowhere but we’ve been doing a lot of hard work,” he told Speedcafe.com.

“Me and my engineer looked back at all the results earlier this season and they’ve all been affected by something else.

“Now, we’ve got nothing to blame – which is how it should be – and we can focus on getting the maximum performance out of the car, and getting the set-up right, which we’ve been doing.

“At Bathurst [last round], we couldn’t go there with a fully aggressive car that we wanted, because it’s unique.

“Here, Moff and I know the track so well, we can go with an aggressive set-up – the way I want the set-up from the first year here in the opening round – [because we] know how these cars want to be set up at this circuit.

“So, we’ve done a lot of work leading into this – the mechanics, engineers, me – and I think it’s just everything lining up.”

The 23-year-old can speak with more authority than most on the Renaults given he has tested for its Swiss homologation team and raced it as a wildcard in WTCR.

Nevertheless, the car is a relative rarity in the TCR world, and therefore less refined, meaning any incidents or mechanical problems deprive GRM of learning opportunities.

O’Keeffe thinks that a good showing in this weekend’s races for the thus far winless Megane, should it come to pass, could be the first of many. “Fingers crossed that we don’t jinx it, that we can really get a result, because I think if we do, that’ll really put everything else behind us and we can start building the momentum with these cars,” he explained.

“We knew [the pace] was there, we just haven’t unlocked it, and it’s been due to all these other factors; they’ve just happened.

“We’re still in the teething process whereas [for] all these other cars, there’s so many of them around the world.

“Ours, we know there are only three or four racing globally, so you could say that we’re just getting more experience every round.

“It’s the right time to really show that we can do it. Everyone thinks we’ve done something different but we’ve just got everything lined up and now the aim is to get Renault’s first win.”

The Renault lost 10kg of weight in the recent Balance of Performance update, which O’Keeffe reasons is “neither here nor there”, although the lack of compensation weight due to a dearth of good results could also be of assistance.

“Obviously tyres are a big thing but we didn’t do anything special; it was just stuff that we’ve had from Bathurst, and even practice tyres from Bathurst,” reported O’Keeffe.

“It’ll be interesting; the track will be cool and there are all these different factors but on green tyres, in Q2, I reckon we’ll crack 33s – I couldn’t see why not – which is very quick for these things.”

Qualifying 1 for Round 4 of the Supercheap Auto TCR Australia Series starts at 09:00 local time/AEST.