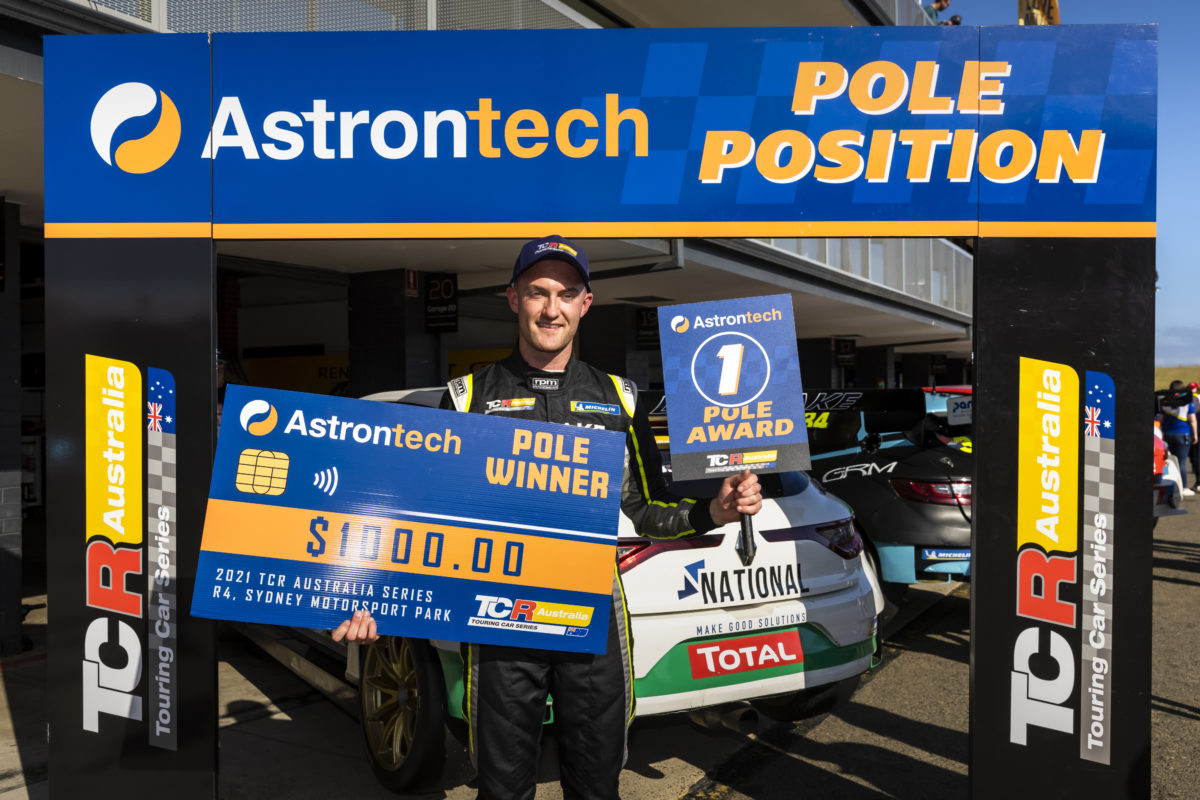 Dylan O’Keeffe has converted the Renaults’ practice pace into pole position for Round 4 of the Supercheap Auto TCR Australia Series at Sydney Motorsport Park.

O’Keeffe and fellow Garry Rogers Motorsport Megane driver James Moffat, who each topped a practice session on the day prior, ended up first and third respectively after the two qualifying sessions at ‘Eastern Creek’.

They will be split on the starting grid this afternoon by HMO Customer Racing’s Josh Buchan, in a Hyundai, while series leader Chaz Mostert ended up sixth in his Melbourne Performance Centre Audi.

There were a number of surprise omissions from the top 10, however, such as Luke King (Audi), Lee Holdsworth (Alfa Romeo), and Jordan Cox (Alfa Romeo).

Moffat, meanwhile, had rotated the #34 Renault but put that behind him to lay down a 1:33.7863s with the chequered flag out and seize third position.

As such, Martin ended up fourth and Morcom fifth, with Mostert’s best a 1:33.8901s on his second lap.

When the chequered flag had come earlier in Qualifying 1, names such as Mostert, Holdsworth, Cox, Moffat, and Luke King were all outside the top 10, and not all made it in.

Moffat quickly dug himself out of the hole but Holdsworth’s final lap only elevated the #10 Ashley Seward Motorsport Giulietta to 11th at the time.

Mostert then jumped to ninth, bumping Ben Bargwanna (Peugeot) out of the top 10, before Brad Shiels (Hyundai) took 10th off Caruso.

The GRM Giulietta driver would subsequently grab ninth spot, however, knocking Shiels back out as Mostert just scraped into Qualifying 2.

Notables outside the top 10 when the music stopped were therefore Shiels in 11th, Holdsworth in 13th, King in 15th, and Cox in 16th, the latter reporting that his car had “no power”.