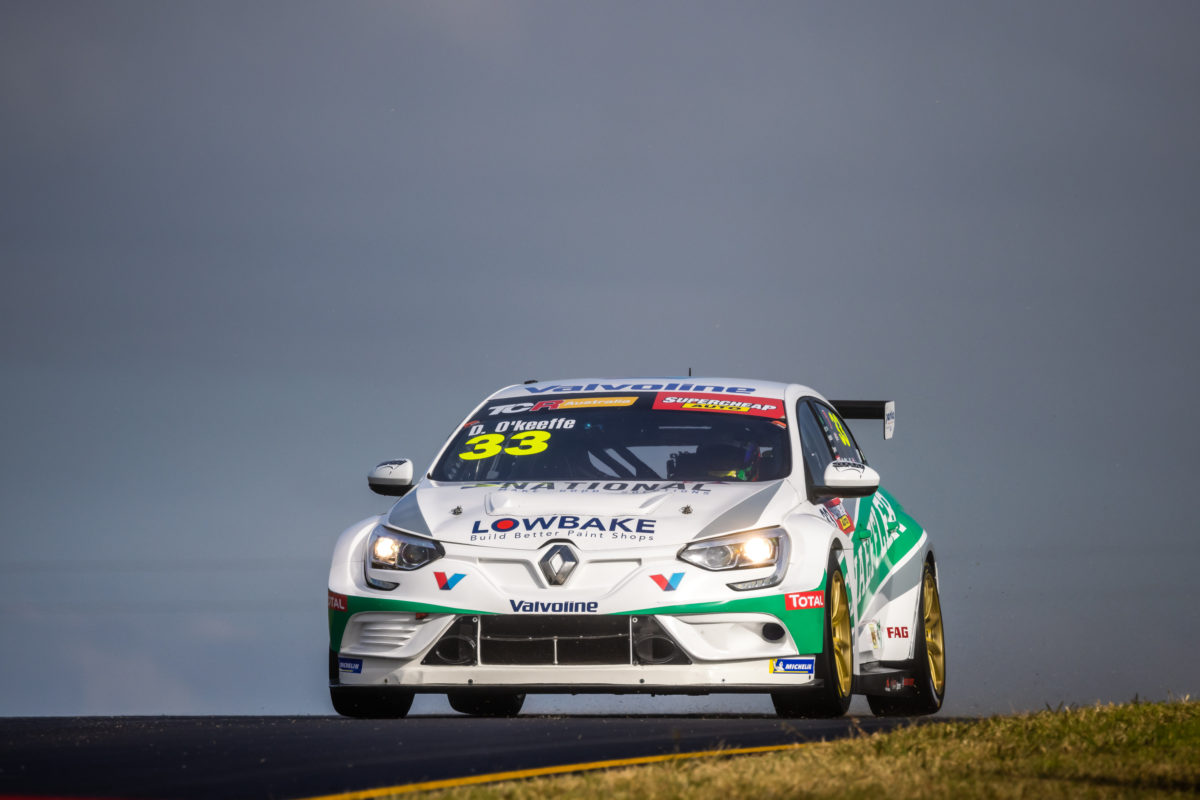 Dylan O’Keeffe was left frustrated by a gremlin which cost him a pole position start for the Supercheap Auto TCR Australia Series’ Round 4 opener at Sydney Motorsport Park.

O’Keeffe was forced into a pit lane start as penalty for his Garry Rogers Motorsport crew having to work on the #33 Renault on the grid, to correct a problem in the boost control unit.

Instead of fighting for what would have been a first win for the Megane in the series, he ended up salvaging 10th after coming from the back of the 22-car field.

“We had real good car speed and qualified well, just ticked all the boxes, and then for it to all come undone like that, it’s pretty frustrating. I mean, I was angry, but thinking it through, what can we do?

“We had good car speed by the looks of it, got back to 10th, starting from pit lane.

“It’s a bit of a shame because we wasted some good tyres there for nothing but you don’t know you’ve got the problem.

“Tomorrow we’ll reset and I think if we can get a podium tomorrow, it’ll be amazing, but just one race at a time.”

Pressed on the possibility of a podium, the 23-year-old was cautious about his chances but suggested he has the ability to pass more cars.

“Maybe,” remarked O’Keeffe about still snaring a podium this weekend.

“Obviously, everyone’ll tune up their cars again now. Our car’s obviously quite good, but anything’s possible, we’ll try our best.

“It seems okay in traffic; usually these cars are real tricky in traffic and you just lose a lot of power and it cooks its front tyres, which I was feeling, but I decided to get through a few of them.”

Explaining the nature of the boost control issue, O’Keeffe said, “Every time you start up the car, it calibrates itself, it opens and shuts and then it’s working.

“Every now and then, it’s having a moment where it’s not working at all, and you only feel it when you’re out on track, because run-up and everything, it’s okay.

“I knew straight away, as I came to the grid. It’s essentially just a power cycle, so whatever; we popped the bonnet and then had to start from pit lane.”