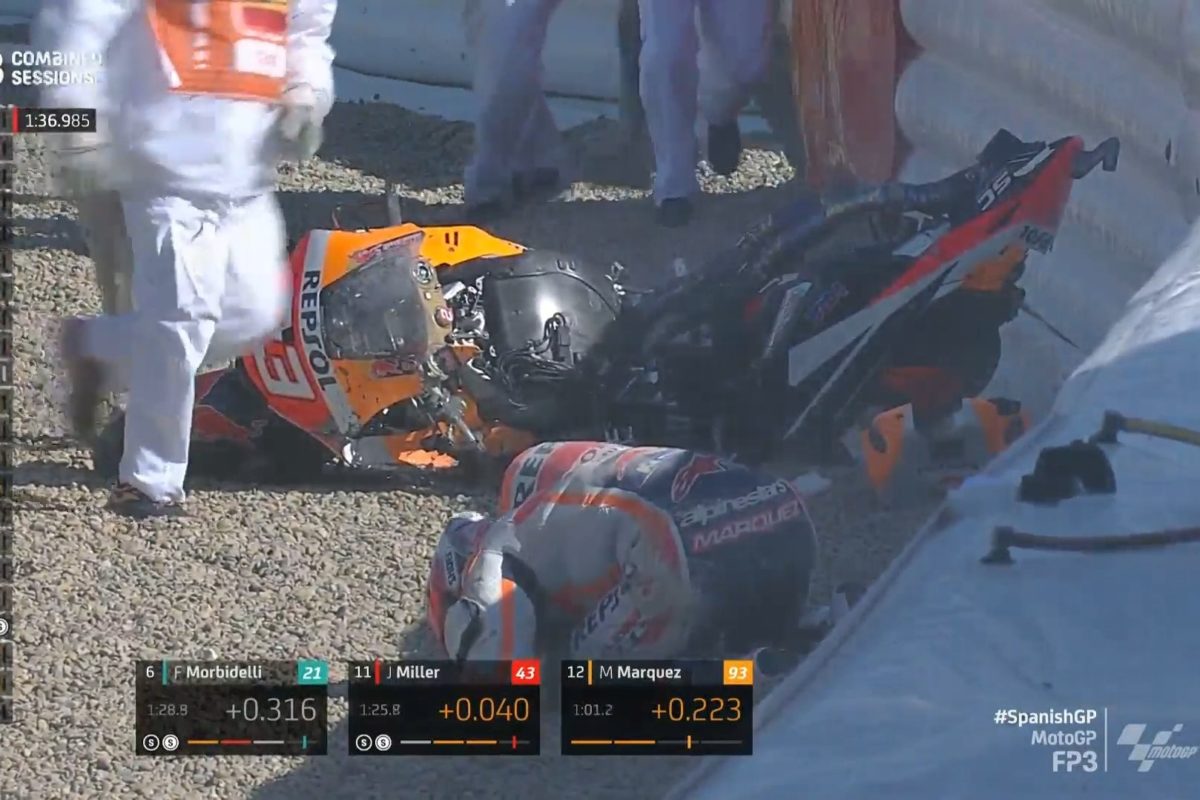 Marc Marquez has been cleared of major injury after a big crash in the final minutes of Free Practice 3 for the Spanish Grand Prix.

Marquez lost the front of his Repsol Honda at Jerez’s Turn 7 at around 180km/h, before sliding through the gravel and into the air fence.

The Spaniard, in just his second round back from a long injury lay-off, walked away from the scene in apparent discomfort before returning to the paddock on the rear of a scooter.

He then went to the medical centre, with the factory Honda team advising a short time ago that the six-time MotoGP champion escaped relatively unscatched.

“After his medical check, [Marquez] has no major injuries suffering only a contusion,” read a brief update from the squad.

After his medical check, @marcmarquez93 has no major injuries suffering only a contusion.

LCR Honda Idemitsu’s Takaaki Nakagami was fastest in the third MotoGP session of the weekend and has booked his place in Qualifying 2 with that 1:36.985s.

Both Jack Miller (Ducati Lenovo Team) and Marquez missed the top 10 on combined practice times, in 11th and 12th respectively, and will therefore go into Qualifying 1.

That hit-out starts tonight at 22:10 AEST, just after final practice.