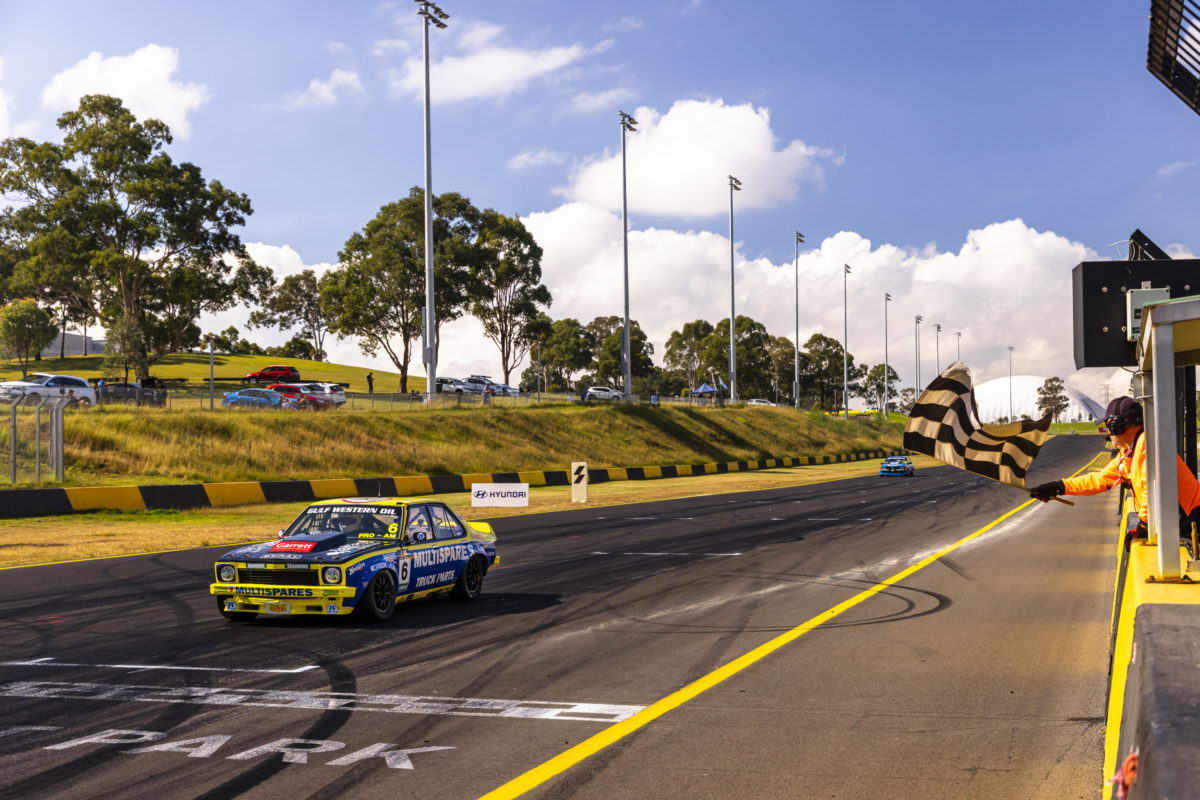 Ryan Hansford has prevailed in battle with Steven Johnson and Ryal Harris to win Race 1 of Round 3 of Gulf Western Oils Touring Car Masters at Sydney Motorsport Park.

All three spent time up front while Hansford and Harris, team-mates at Peters Motorsport, had contact as they fought for the lead.

It was Johnson who headed the field into the first corner from the outside of the front row while Harris drove his Camaro down the inside of Hansford’s pole-sitting Torana to take up second spot.

Harris went under the #17 Falcon on Lap 2 at Bond Bend, before Hansford pulled off the same move a lap later.

The top three positions then stabilised on the timing screen for a number of laps, although the contest was still a fierce one.

On Lap 6, the Peters cars touched as Hansford went down the inside at Bond Bend, causing a puncture for #58 and forcing Harris to pit lane.

Hansford went on to win by 1.46s, with Johnson second for the balance of the race after the aforementioned incident and Jamie Tilley taking third in a Mustang.

Marcus Zukanovic was fourth in the other XD in the field after finding himself in the thick of a big midfield pack, Gerard McLeod drove his VC Commodore to 10th, and John Bowe ended up 11th in a Torana.

Jeremy Gray (Capri Perana) was a DNF after a tangle with Jim Pollicina (Torana) saw him whack the wall on exit of Brock’s 05.

In the Trophy Race which followed, Pollicina bagged his first outright victory in TCM having held off Bowe and series returnee Adam Bressington (Camaro).

Two more races will be held tomorrow as part of the Shannons Motorsport Australia Championships.