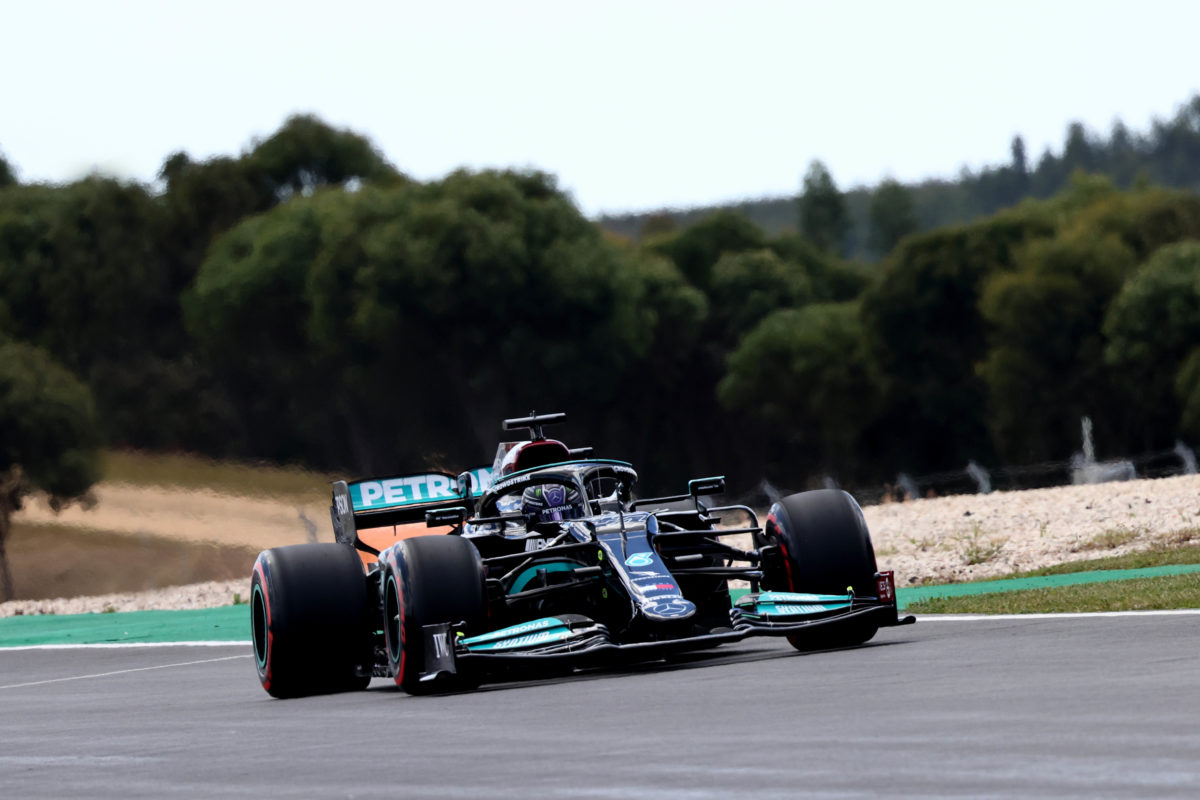 It was a split session, with the first half focussed on qualifying before attentions turned towards race pace.

The start of the session was delayed by 10 minutes as repairs were made to a drain cover dislodged by the Porsche support race.

It resulted in no trimming to the session itself and the full 60-minutes remained on the clock.

Verstappen was the early pace setter, with a 1:20.937s in what was a busy start to the hour.

A strong middle sector from Sainz put the Ferrari driver fastest after seven minutes on a 1:20.831s.

Inside the opening quarter hour, Verstappen suffered a brake-by-wire issue, the Red Bull driver returning to the pits to have it investigated.

Times tumbled but Bottas remained out front, the pace dropping to 1:20.423s.

Verstappen soon returned to the circuit having lost little time on track, the braking issue having been seemingly resolved.

He was one of just three cars on track at the time, joining Perez and Daniel Ricciardo.

Bottas quickly hit back, the pace dropping to 1:20.181s as he returned to the top of the timesheets.

Hamilton was also pushing, the seven-time champ shooting to the top with a 1:19.837s on a set of soft compound tyres.

The bulk of the field was running the red-walled tyres, including Sainz who went third fastest with a 1:20.197s.

Verstappen’s best, however, had been set on a set of the medium tyres, while Perez was also running the middle of the three available compounds.

Ricciardo too had used the mediums to record the ninth fastest time of the session, the Australian banking a 1:20.733s.

That became 10th when Fernando Alonso shot to fourth with a 1:20.220 for Alpine.

A slow final sector saw Hamilton fail to improve on his earlier best, though he’d been up by 0.1s two thirds of the way around the final lap.

Nicholas Latifi found himself off track at Turn 8, the Williams driver skating through but able to carry on and return to the garage.

Ricciardo then rose to eighth with a 1:20.418s with a set of soft tyres, comparing to his McLaren team-mate Norris who’d managed a 1:20.757s earlier in the session.

Verstappen climbed to second soon after, logging a 1:19.980s to fall just over 0.1s off Hamilton’s session-topping effort after 35 minutes.

The second half of the session saw the pace go out of proceedings, attentions having been turned from qualifying to race pace.

The soft tyre was still the preferred rubber, with few personal- or session-best sectors times.

Inside the final 15 minutes to go, Bottas switched to the medium compound tyres while Hamilton pounded around on a worn set of softs.

Times had slowed some three seconds off those set earlier in the session.

Proceedings therefore petered out to some extent, with Hamilton fastest from Verstappen and Bottas.

The best of the session, a 1:19.837s, was 0.2s slower than the morning’s running, though the latter session had been somewhat wind affected.

Perez was only 10th best, two spots down on Ricciardo, while fourth fastest was Sainz, then the Alpine duo or Alonso and Ocon. In seventh was Leclerc, and Lance Stroll ninth.

Another hour of practice remains, on Saturday morning beginning at 21:00 AEST, ahead of qualifying for Sunday’s race.