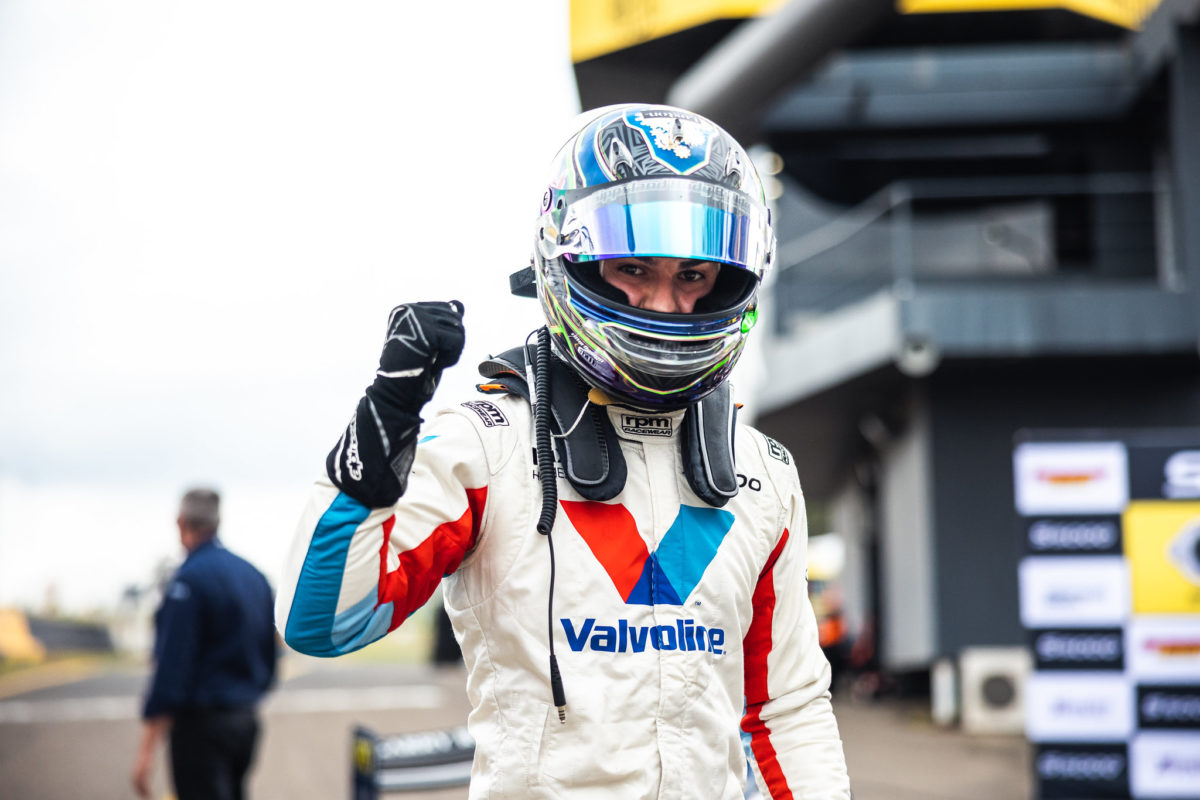 James Golding won while Joey Mawson took a crucial second placing in Heat 1 of the final round of the 2021 VHT S5000 Australian Drivers’ Championship at Sydney Motorsport Park.

Championship leader Mawson finished three positions ahead of his nearest title rival, BRM team-mate Thomas Randle, and four ahead of the other realistic contender, Tim Macrow.

His advantage at the top of the standings is now 52 points with 90 still available this weekend, although it is the reverse grid heat which is to come early this afternoon.

When the red lights went out, Garry Rogers Motorsport’s Golding got the jump from the outside of the front row while a slow-starting Mawson dropped to third, behind Nathan Herne, as they swept into Moffat Corner (Turn 1).

However, Herne slipped wide on a trail of oil when the field arrived at Bond Bend (Turn 2) and quickly found himself in fourth position.

Macrow (Tim Macrow Racing) moved into seventh when he dived down the inside of Kaleb Ngatoa (BRM) at Turn 4, with Golding’s margin almost 0.9s at the end of the standing lap.

The race leader moved the gap beyond two seconds in around four laps, while Randle came under pressure from Macrow.

Herne similarly closed up on Leeds again while, more than 10 seconds up the road, Mawson had brought his deficit to Golding back to just over one second on Lap 9.

A further 15 seconds behind Mawson at the chequered flag was Leeds, who was stalked home by Herne.

While Macrow could not find a way past Randle, despite continuing to tail Car #49, there was a small bonus for both of them when Capo slowed on the final lap and therefore gave up fifth position.

With Randle inheriting that spot and Macrow sixth, Ngatoa was similarly elevated to seventh, ahead of Cooper Webster (88 Racing) and Braydan Willmington (Willmington Racing), while Capo was the only DNF in the 10-car field.

There is a short turnaround to Heat 2, which starts this afternoon at 12:35 local time/AEST.