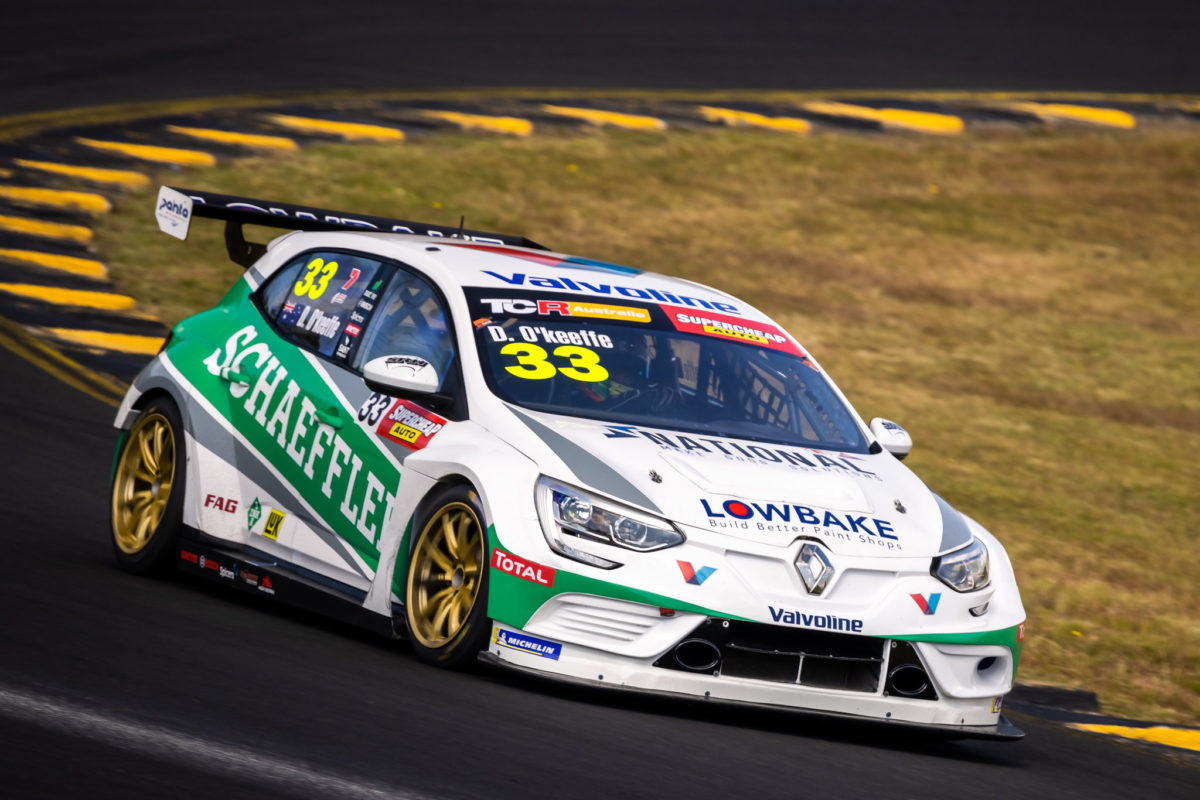 Dylan O’Keeffe set the pace while fellow Renault driver James Moffat was second-quickest in Practice 2 for Round 4 of the Supercheap Auto TCR Australia Series at Sydney Motorsport Park.

It was three GRM entries in the top three thanks to Alfa Romeo driver Jordan Cox, and four in the top five courtesy also of Jason Bargwanna in a Peugeot.

Splitting them up was Wall Racing’s Tony D’Alberto in a Honda, while series leader Chaz Mostert was 13th-fastest in a Melbourne Performance Centre Audi.

Mostert’s nearest title rival, Aaron Cameron, set the fastest first flyer in one of the GRM Peugeots, a 1:37.7357s, before Wall Racing enjoyed a spell on top courtesy of its two drivers.

It was then that O’Keeffe set what would be the fastest lap of the session, before Moffat moved to third on a 1:34.6786s and then finally to second.

O’Keeffe, however, would have the two quickest laps of the afternoon given he also rolled out a 1:34.1897s in the meantime.