More to come from Cameron, Peugeot

More to come from Cameron, Peugeot 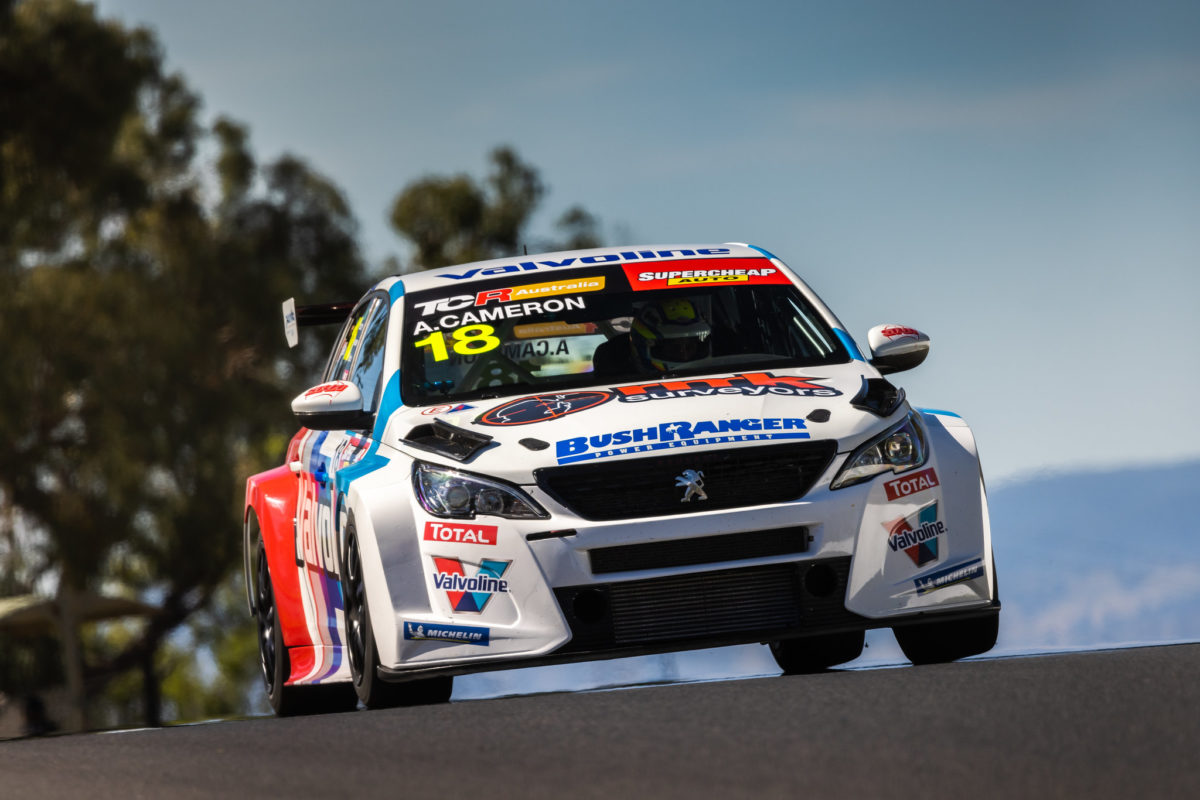 Aaron Cameron believes there is more to come from his Peugeot even after climbing to second in the Supercheap Auto TCR Australia Series.

The Garry Rogers Motorsport driver finished second in all three races in the most recent round, at Bathurst, where Chaz Mostert pulled off a sweep of the weekend after also qualifying on pole.

Mostert drives an Audi RS 3 out of the Melbourne Performance Centre (MPC) team whereas Cameron is in a 308, a model which only debuted in TCR Australia in the final round of 2019.

In that season, the first for the category in Australia, Cameron drove a Volkswagen Golf with MPC, meaning his experience with the Peugeot is just the four rounds to date in 2021, including the invitational races at Baskerville.

“It’s obviously good for us,” the 21-year-old told Speedcafe.com of sitting second in the series ahead of Round 4 at Sydney Motorsport Park this weekend.

“The Peugeot, being the first year that someone’s run it full-time in Australia, with me and the Bargs [team-mates Jason and Ben Bargwanna], it’s been pretty tough, so it’s pretty cool to be second already in the series.

“It’s still pretty early now in development of what we want from the car, so I think we’ve still got a fair few good things to come from it, especially at Eastern Creek this weekend. I think we’re pretty confident.

“It’s just developing the set-up we want,” he added.

“I think at Bathurst – on my car, anyway – we got to a pretty good spot with it, and we’ve still got some more things that we want to try and practice.”

Cameron led the field away in all three races at Mount Panorama, but was passed by Mostert on each occasion.

He cited front tyre wear as something which he and GRM still need to address.

“It’s been my issue ever since I got into the Peugeot, obviously only front tyre wear, and I’ve tried everything on my side to change it,” explained Cameron.

“Every race at Bathurst, I tried a different warm up procedure on the tyres to try and not get them as warm. That’s why, in Race 3, I nearly hit the wall at [Turn] 2, because they were just a hell of a lot colder than what they previously were.

“We’ve just got to figure out how to make the fronts last a bit longer. It’s fine at the start, it’s just midway through we fall back to Chaz a bit.”

While Cameron suggested Mostert will still be hard to beat, the adjustments should help the rest of the field.

“I think obviously Chaz is maximising the Audi and the package that he’s got; I just think we haven’t maximised what we’ve got with the Peugeot as of yet,” said the Victorian.

“Bathurst was a bit hard, I was on the limiter in sixth [gear] going into The Chase, he’s still at sixth gear pulling me in, so you lose a bit there.

“The BoP got adjusted for the first time this year. I probably think the BoP should have been changed a bit earlier throughout the year but it’s good to now change it and hopefully there’ll be a few more cars up there.

“It’s a pretty big change, so that’s why I think everyone’s a bit more confident about having a shot at beating Chaz, anyway.”

Cameron sits 15 points ahead of another MPC Audi driver, Luke King, in the series standings with three rounds down and three to go.

The karting champion is hoping to secure a top three position at season’s end before a stronger assault on the Supercheap Auto TCR Australia Series title in 2022.

“We’ll always look to chase Chaz down for first but if we could walk away with a top three again this year, it’s a great stepping stone for us for next year,” he said.

“That was always the plan, to use my first year in the Peugeot to get the car where I want it and then come back a year later and really [have] no excuses, and have a really solid crack at winning the title.”