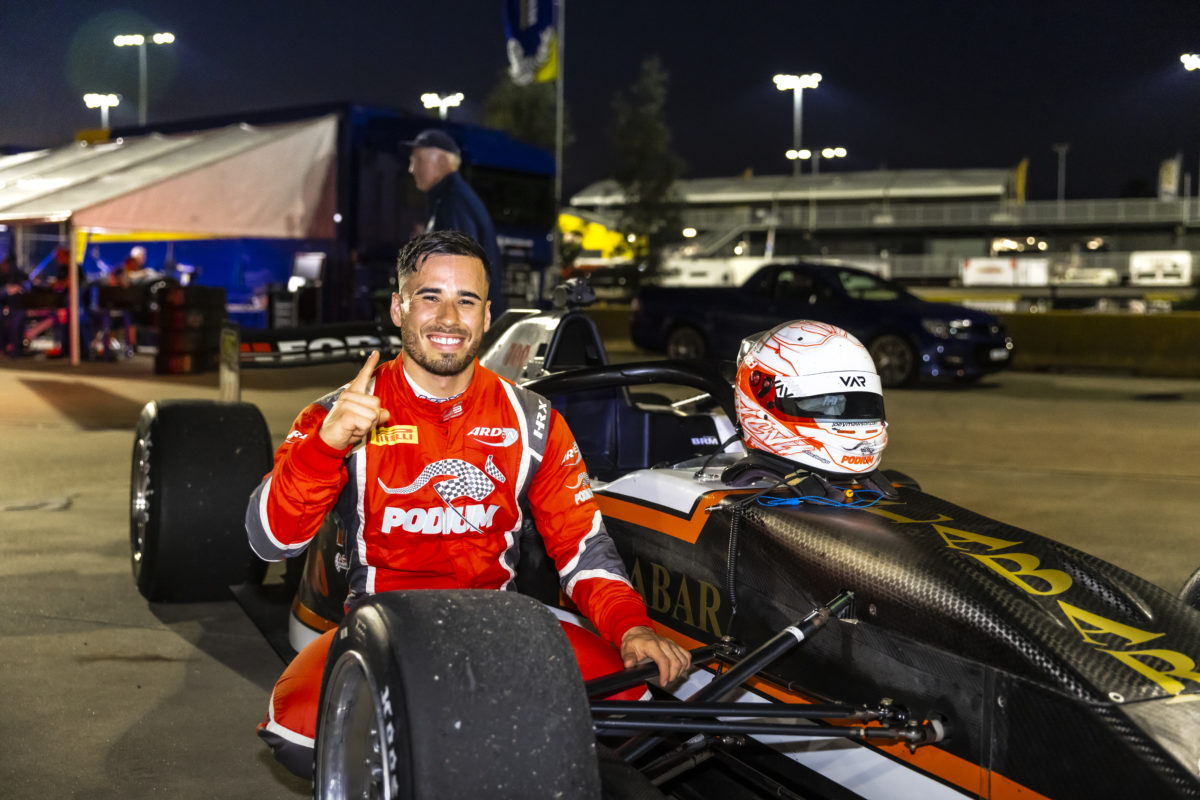 Joey Mawson has extended his VHT S5000 Australian Drivers’ Championship lead with the final pole position of the season, at Sydney Motorsport Park.

The Team BRM driver prevailed in what was effectively a duel between him and James Golding (Garry Rogers Motorsport), those two separated by 0.2843s at the conclusion of the 20-minute hit-out.

In a session which began at 17:25 local time, deep into Western Sydney’s twilight, it was Golding, the practice fast man, who was quickest initially on a 1:28.5705s.

Mawson clocked a 1:24.9229s next time around but Golding hit back with a 1:24.0128s on this third lap and that remained the benchmark for a handful of minutes.

After Mawson rolled out a 1:23.6524s on his sixth lap, just before the halfway mark, he would not be bettered again.

Mawson threatened to go even faster, and a 1:23.8519s on his eighth lap means he in fact owns the three best times of the session, but Golding had not further advances anyway.

Heat 1 at the Sydney round of the Shannons Motorsport Australia Championships starts tomorrow at 10:45 local time/AEST.