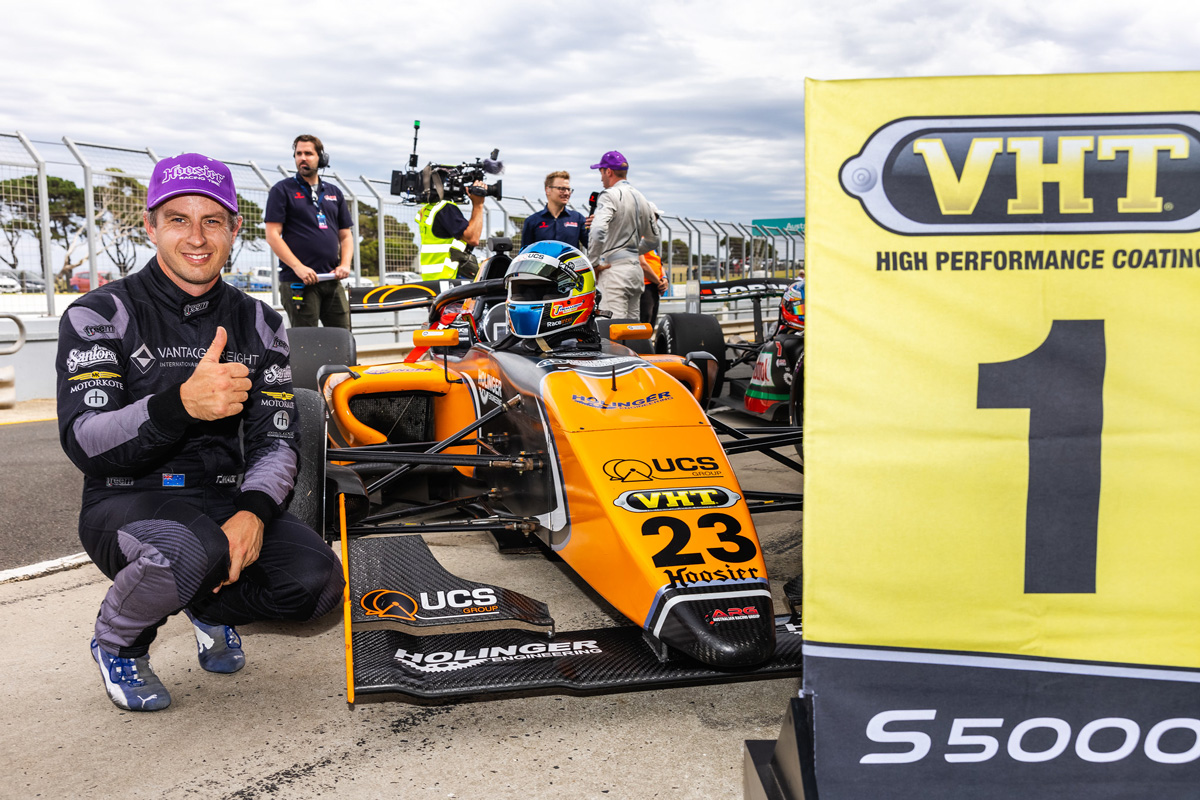 Tim Macrow is the dark horse with runs on the board.

The Victorian already has two Gold Stars in his possession – achieved in 2007 and 2013, when the prestigious award was associated with Australian Formula 3.

He has identified qualifying well this weekend at Sydney Motorsport Park as the key to giving him a real shot at snatching a third Gold Star.

“It would be awesome to get the first one with S5000, and to get a third one would put me in pretty illustrious company as well,” Macrow told Speedcafe.com.

“There’s only a few people who have three Gold Stars; I’m super pumped to try to get it happening.

“The key for us, and it has probably been a weak point this year, is qualifying.

“A lot of it is going to be qualifying.” 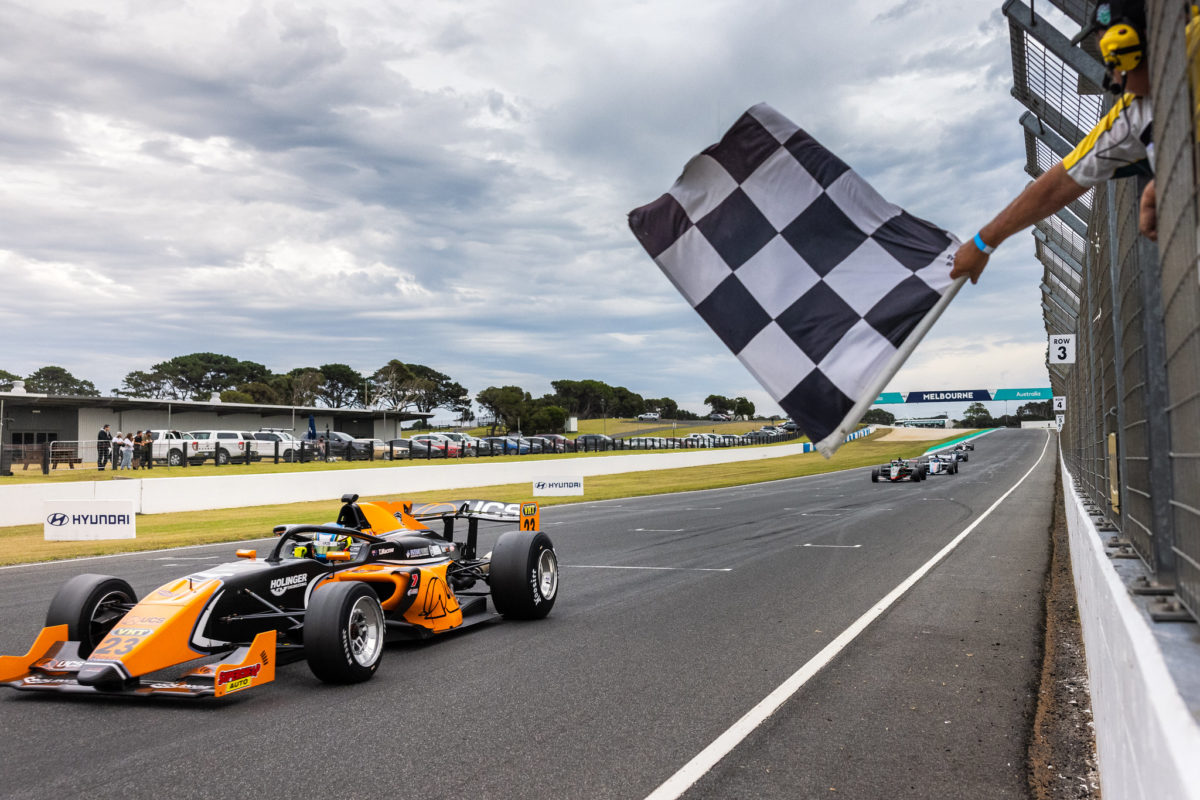 Macrow takes the chequered flag at Round 2 in Phillip Island

A source of pride for Macrow has been how his independent team has fared this year.

The two drivers ahead of him in the points, Mawson and Thomas Randle, both race for Team BRM – leaving Macrow out to spoil the Mark Rundle-owned squad’s party.

“I think that’s what I am most proud of this year, is that we’ve run our own team, I’ve got a really good bunch of guys, and we can beat big teams like BRM and GRM,” said Macrow.

Practice 2 and Qualifying will take place later in the day, ahead of two heat races tomorrow and the feature race on Sunday.