Livery tweak for Seton’s Trans Am at SMP

Livery tweak for Seton’s Trans Am at SMP 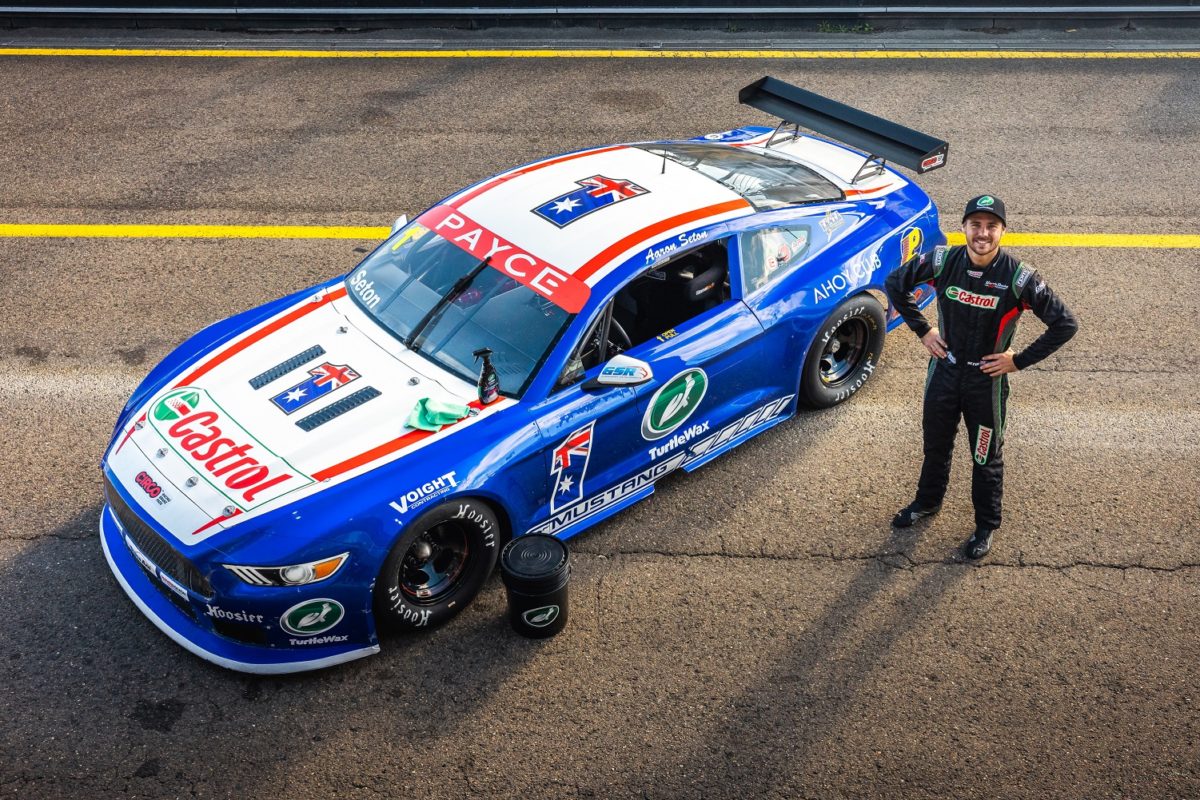 Aaron Seton with his new-look Trans Am Mustang

Series leader Aaron Seton will carry a revised look for this weekend’s National Trans Am round at Sydney Motorsport Park.

The third-generation racer has picked up four points-paying race wins thus far in 2021, and three out of four at the Roadways Tasmanian Ten Thousand which saw him score a $10,000 cash prize.

As the season moves through its halfway point in Sydney, Seton’s Trans Am Mustang has now attracted backing from Turtle Wax.

The car care brand takes up positions on the doors and front bar of the #1 Harris Racing entry, which continues to be supported also by oil giant Castrol.

Seton won the 2019 TA2 Muscle Car Series and has this year also moved into the Dunlop Super2 Series, with Matt Stone Racing, alongside his ongoing Trans Am exploits.

The 22-year-old also works for MSR in its mechanical department, and tested one of the ZB Commodores which the team fields in the Repco Supercars Championship at The Bend last week.

The Trans Ams will qualify tonight under lights at SMP before two races on Saturday and one on Sunday.