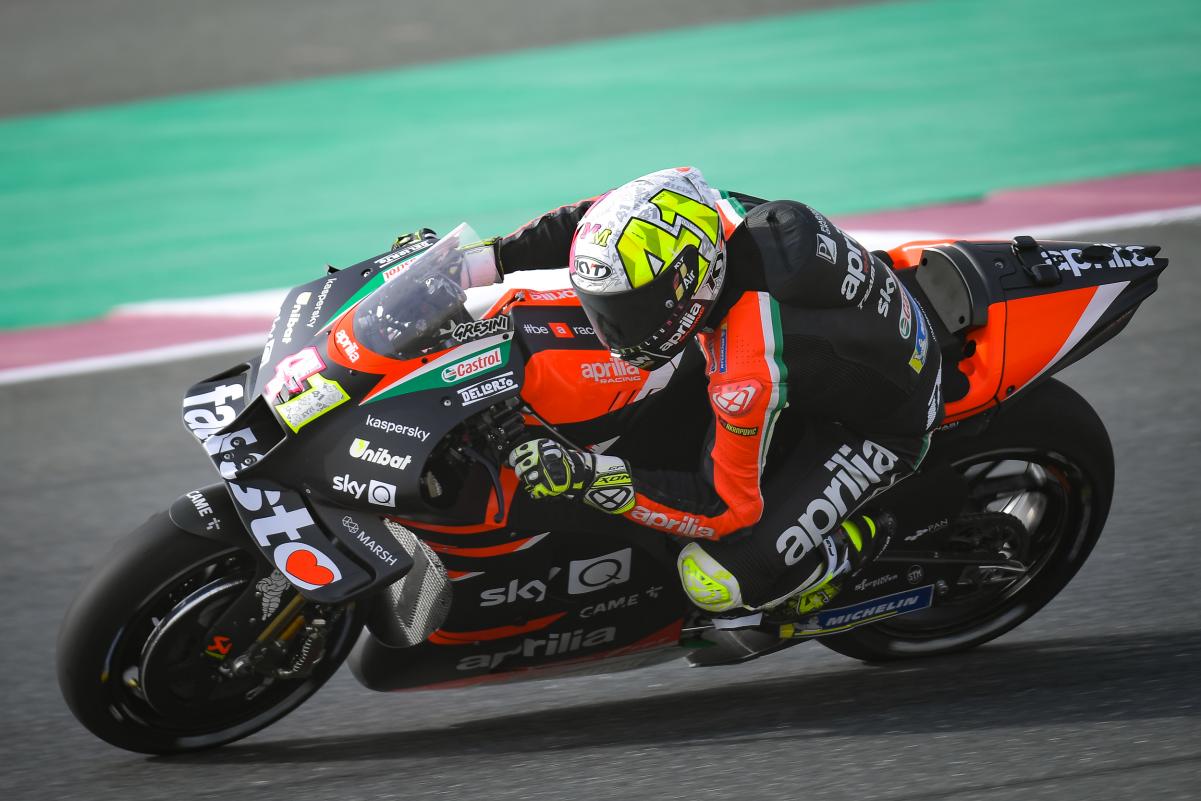 Aprilia has confirmed that it will enter MotoGP for the next five years with its own factory team.

The Italian manufacturer has competed in a partnership known as ‘Aprilia Racing Team Gresini’ since it returned to MotoGP in 2015.

Gresini Racing had already announced last December that it will revert to Independent Team status from 2022, although Aprilia’s ongoing presence had been widely expected.

That has now been made official, meaning all six incumbent manufacturers are signed up with Dorna Sports for the new participation agreement that kicks in next year.

“I am obviously happy about this agreement,” said Aprilia Racing CEO Massimo Rivola.

“From next season, we will be participating in an official capacity as a manufacturer.

“This opens up new and hopefully great opportunities and we will need to manage many additional responsibilities.”

“We are excited to continue this association with the Italian manufacturer in a project that has set many fascinating goals, not just in racing performance, but in overall technical excellence in the championship.”

While Aprilia still has not had a podium finish since getting back into MotoGP just over six years ago, its start to the 2021 season has been a promising one.

Lead rider Aleix Espargaro is sixth in the championship with top 10s in all three races to date, compared to a finish of 17th in the standings last season.

Lorenzo Savadori is currently 22nd on the table, while Andrea Dovizioso is set for a second test on the RS-GP.

That comes in the months on from the death of Gresini Racing’s founder, Fausto Gresini, after a battle with COVID-19.

“It is a natural step that we are taking just as we are beginning to see the first positive signs from the hard work we’ve done in Noale, first and foremost on our structure, and consequently on our beautiful RS-GP bikes,” added Rivola.

“At this time, our thoughts and gratitude go to Gresini Racing, who have accompanied us in these years.

“In heartfelt memory of Fausto, I wish the team and all its staff the best success for the coming seasons.”

Aprilia’s announcement followed shortly after one from Gresini Racing reaffirming the future of its team despite the tragic news before the start of the current season.

Sons Lorenzo and Luca will also work in the squad, the former in an administrative position and the latter in a sporting role.

There is no clarity yet, however, as to which make of bike Gresini will race in MotoGP in 2022.

“I would like to think that Fausto’s two families – ours and the racing one – have joined their efforts to bring forward everything he was planning, and especially the MotoGP,” said Padovani.

“To have an independent team in the premier class is surely something very demanding, with a team to be built from scratch, but I know everyone in the company is giving their 110 percent to make his dream come true.

“Personally, I see it as a real mission, a challenge we will face – also and above all – thanks to the strength of Fausto, who is following us from above.

“We’re currently speaking with several manufacturers and in a matter of few weeks we will reveal the details of our MotoGP project.”

Gresini Racing is competing in all three grand prix classes as well as MotoE again this year, with the latter category’s new season commending at this weekend’s Spanish Grand Prix.