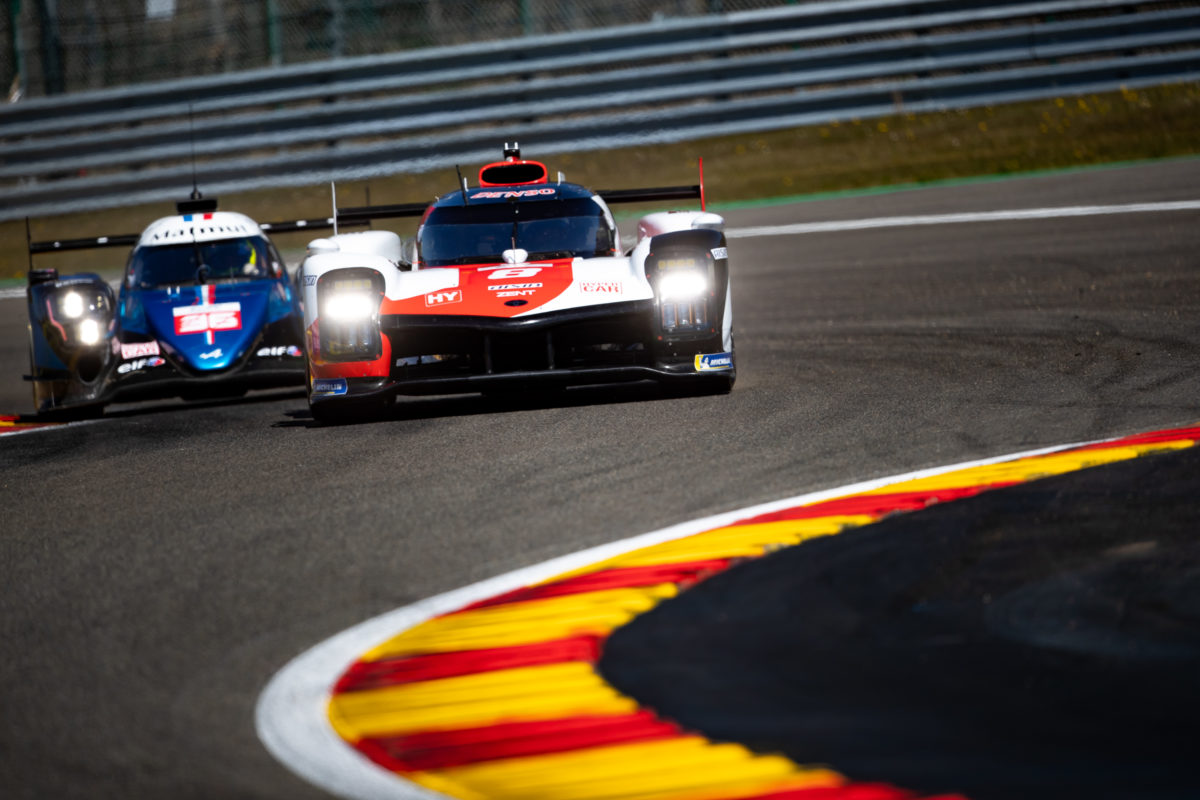 No parity adjustments will be made ahead of the FIA World Endurance Championship season-opener despite the top tier Hypercar class being slower than the best of LMP2.

The new breed of Le Mans Hypercar, which is debuting this season, was out-paced by the second-tier LMP2 cars during the recent Prologue test at Spa-Francorchamps.

LMP2 entries locked out the top three positions in the combined overall times from the two-day test, with the Toyota GR010 Hybrids’ top time half a second slower.

This raised question marks about the lap-speed difference between the hypercar and prototype classes, potentially complicating the new era of world championship sports car racing before it even gets underway.

WEC’s new hypercar formula was already expected to be five seconds a lap slower than its LMP1 predecessor, for which the ACO (Automobile Club de l’Ouest) accounted for by slowing down its LMP2 cars for the 2021 season.

However, it appears even the original performance cuts made to LMP2 was not enough to have a sufficient gap between the two classes.

ACO technical director Thierry Bouvet said no Balance of Performance changes would be made between the Prologue and the 6 Hours of Spa this weekend.

“The BoP or the first parameter elements for Hypercar will remain unchanged,” said Bouvet.

“The idea is to have stability for LMP2, from now on. We had to do a change, but the idea is clearly to stay on this road and stop moving things around.”

WEC’s original performance cut to LMP2, dubbed ‘stratification’, included reducing engine horsepower by a total of around 65bhp and increasing the minimum weight from 930kg to 950kg.

This was on top of LMP2 teams being mandated to run a low-downforce aero package, designed for Le Mans, for the whole season.

It is not known what can be done to create a gap between the Hypercar and LMP2 classes, however, should what was seen at the Prologue carry over to this weekend’s event, it could see a very mixed-up overall podium.

Matt Campbell and Jaxon Evans finished the Prologue third fastest in the GTE-AM class aboard the Porsche 911 RSR they share with Christian Reid.