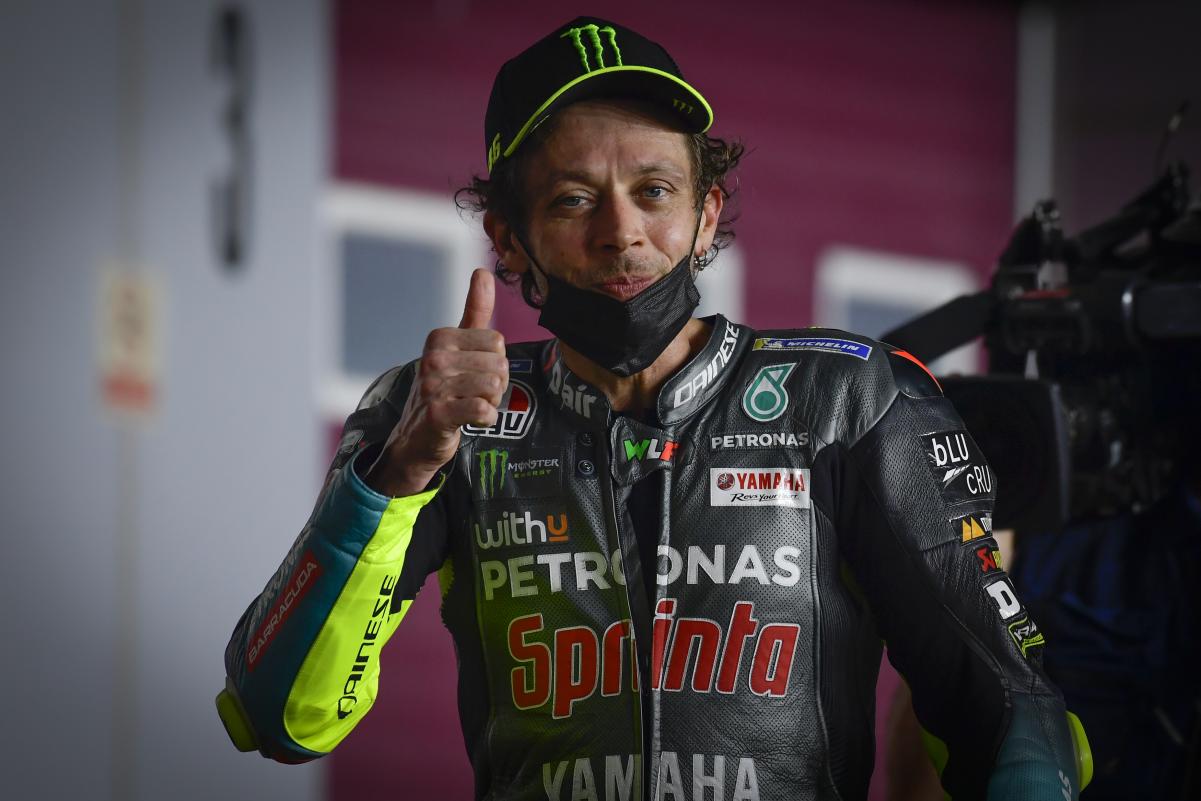 Valentino Rossi’s VR46 squad is hopeful of announcing which manufacturer it will enter MotoGP with at either of the two events next month.

The legend’s own race team already backs Luca Marini at Avintia Racing but will make the step into the premier class in its own right next year, under a five-year agreement with Saudi Arabian oil company Aramco.

While the announcement featured imagery of what appeared to be a Yamaha with an Aramco Racing Team VR46 livery, there was no word on what bike the outfit might go with.

There was also no comment included from the VR46 camp, although CEO Alberto Tebaldi subsequently spoke to Italian media on the project.

Asked when the manufacturer would be known, he told GPOne.com, “We hope as soon as possible.

“We are all in a buzz and we want to get to work, there will be a lot to do.

“I hope that for the Le Mans GP, Mugello at the latest, we will be able to make the announcement.”

Le Mans hosts the French Grand Prix on May 14-16, and Mugello hosts the Italian Grand Prix a fortnight later.

About which manufacturer will be named at one of those events, Tebaldi would not be drawn, and nor did he give any obvious hints about Rossi’s own future as a rider.

“I can’t answer right now,” Tebaldi said when asked about the 42-year-old riding for his own team.

“The first thing will be Vale’s decision whether to continue or not, then it will also depend on which bike we will use.”

Rossi has put off retirement simply due to the enjoyment he derives from racing, as he explained in a recently published interview with Italy’s La Gazzetta dello Sport.

In that same interview, however, he admitted that his time in the saddle is running out, and it is said by his current team, SRT, that Yamaha has set a performance clause before it will offer a renewal on the one-year deal that the seven-time premier class champion signed last year.

It is highly unlikely that Rossi is above whatever that hurdle is at this point in time, however, given he sits 19th in the championship after one points finish, one non-points finish, and a DNF to start the 2021 season.

Round 4 is the Spanish Grand Prix, which starts tomorrow at Jerez.