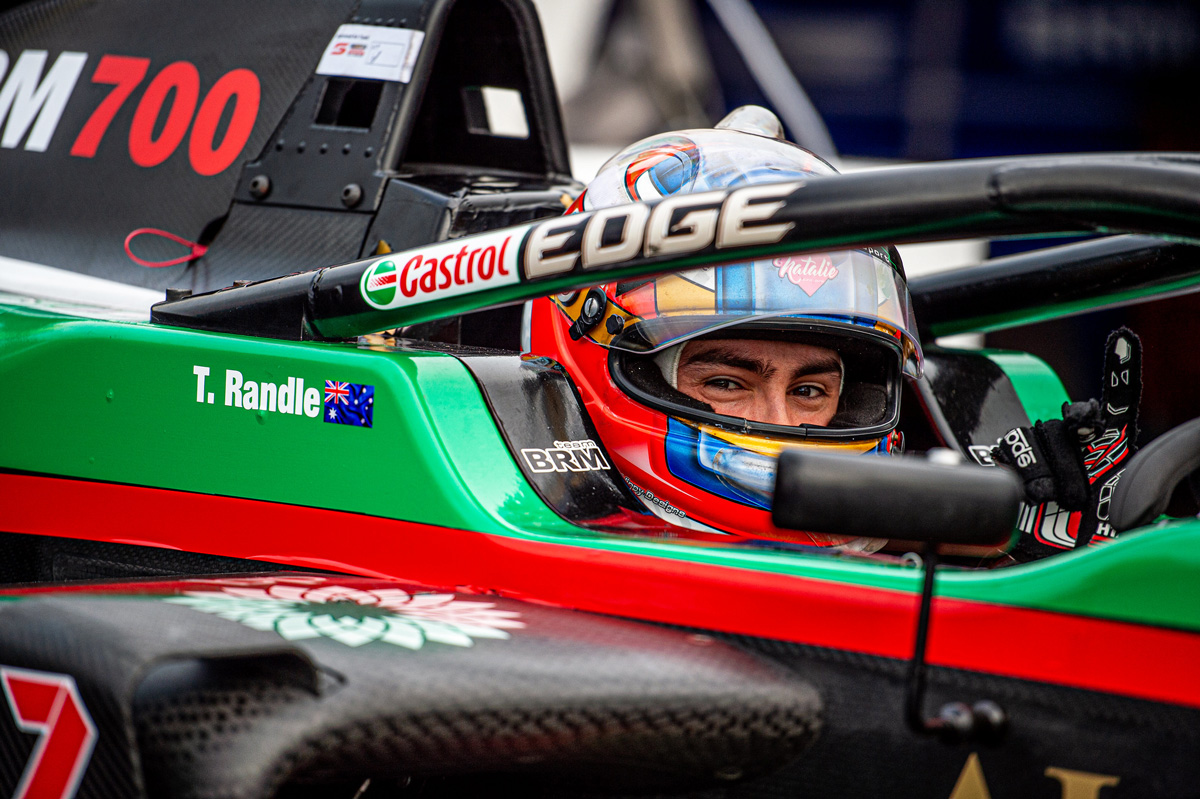 Thomas Randle will launch an all-out assault on reclaiming the VHT S5000 Australian Drivers’ Championship lead before the prestigious Gold Star is awarded on Sunday.

That comes as Sydney Motorsport Park plays host to the inaugural season finale this weekend, where a maximum of 130 points are up for grabs (10 for pole position, 30 for each heat race, and 60 for the feature race).

Randle is embracing the challenge of trying to run down Mawson, declaring he’ll take a “hail mary” approach to seizing the crown.

“I haven’t really had an intra-team battle ever, so it’s going to be a good challenge, and Joey has certainly been on form,” he told Speedcafe.com.

“I just need to put all of my strengths together and do the best job I can, and whatever happens to him, happens to him. I can’t control what happens with him.

“I know he’ll be trying to do the best he can but we’ve just got to do a better job and see what happens.”

While intra-team title tussles have led to moments of tension – most notably in recent times between Nico Rosberg and Lewis Hamilton at the Mercedes Formula 1 team in 2016 – Randle assured there’ll be no such issue in this case.

There will, however, be no team orders.

“They’ve shown time and time again, not just in S5000, which is quite a new category to the country, but in their F4 days, F3 days, they’re always quite strong in open-wheelers.

“They’ve got a great bunch of mechanics and engineers there and Mark Rundle as well, who runs the team.

“It’s not quite like a Rosberg/Hamilton situation because we’re not paid, contracted drivers. We’ve got to find the money, we’ve got to pay to race.