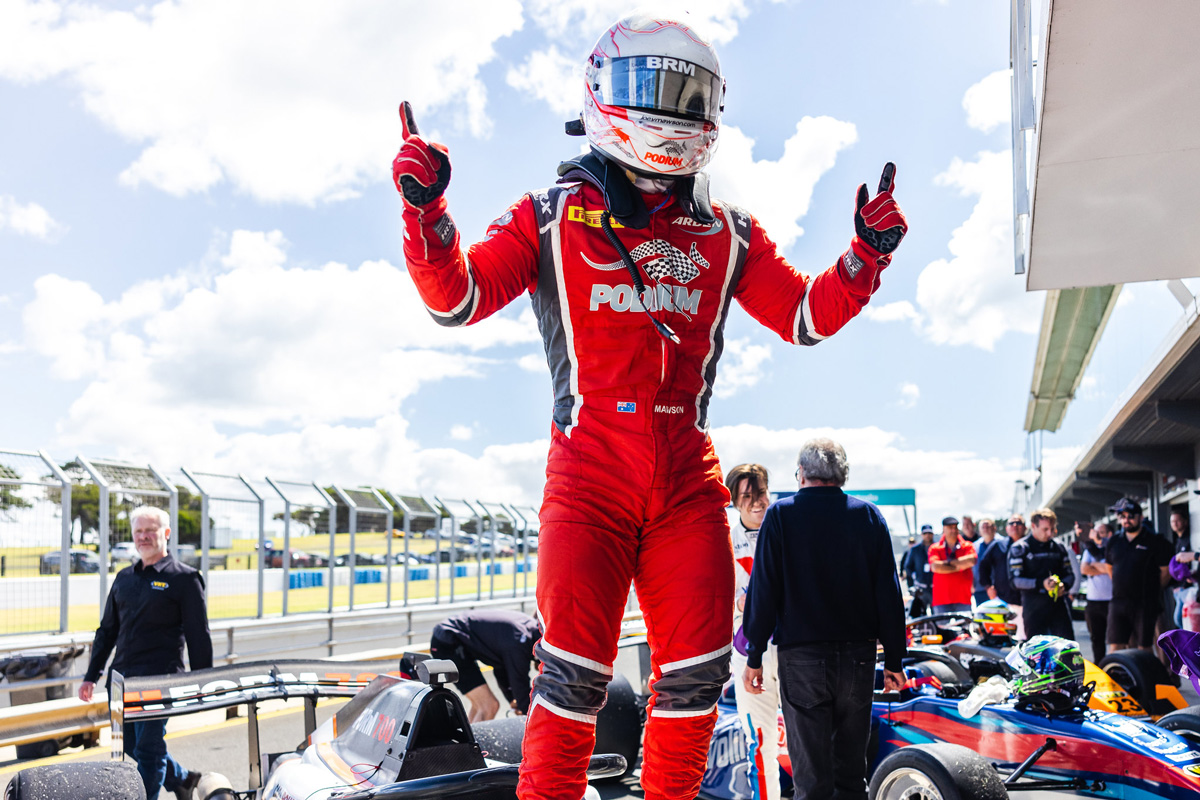 Whether or not Joey Mawson seals the inaugural VHT S5000 Australian Drivers’ Championship crown this weekend, he intends to be back for a bigger and better 2021/22 campaign.

Mawson enters the Sydney Motorsport Park finale with a 40-point lead over Team BRM stable-mate Thomas Randle, putting him in the box seat to secure the Gold Star.

The 25-year-old has put his international expertise to use, taking three wins across three rounds this year, including two in feature races.

He competed in the latter in 2020, before returning to Australia in January this year – giving him marginally enough time to complete a fortnight of quarantine before the S5000 season-opener at Symmons Plains.

Ahead of the fourth and final round, Mawson has revealed his racing ambitions are now primarily much closer to home.

“At this stage, I don’t have any intention or even goals of returning to Europe,” Mawson told Speedcafe.com.

“I definitely I don’t want to return until COVID and that at least has calmed down and life is back to normal.

“I just didn’t have a good time there last year with the restrictions and I just found myself very homesick.

“So yeah, at the moment I’m in a really good place, I’m absolutely loving being home, it feels like a holiday for me being home in Australia and racing here so while I’m really happy, I don’t really have any intention of going back over there – at least at this stage in my career.”

That puts himself right in the frame for a return to the seven-round 2021/22 S5000 season featuring an international triple crown.

“I definitely intend on trying to do the new summer series,” said Mawson.

“It’s going to be very exciting… I have full intention of trying to do the second season and hopefully I’m able to come back as the reigning champion; that’s the goal after Sydney Motorsport Park.”