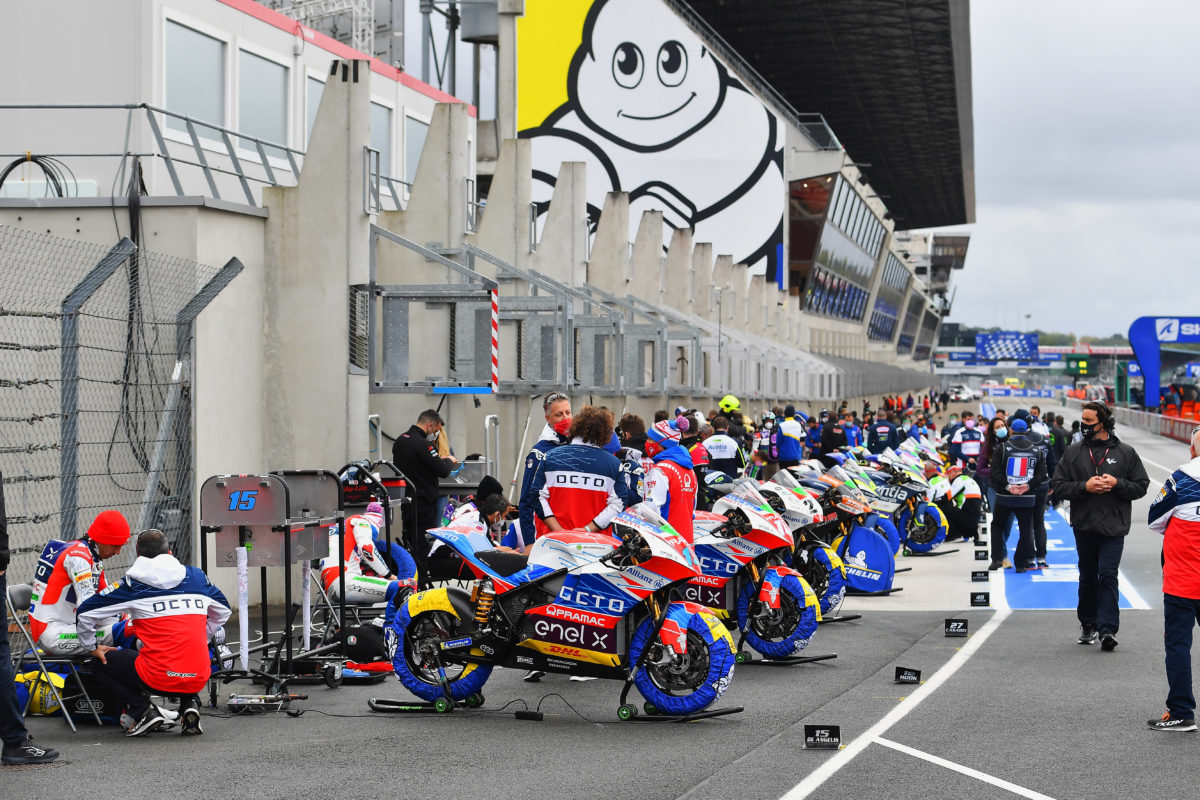 Michelin is using this year’s MotoE World Cup as a real-world laboratory by producing tyres which are comprised of up to 40 percent sustainable materials.

Michelin is the official tyre supplier to the MotoGP class itself and its all-electric offshoot, MotoE, the latter of which will see its third season kick off this weekend in Spain.

It is already meeting that interim target with MotoE’s rear tyres, while the figure for the front tyres is 33 percent.

‘Sustainable materials’ are defined as both recycled materials and renewable, bio-sourced substances, and include:

The high percentages of sustainable materials in the MotoE tyres is enabled by a process developed by partner company Enviro, which recovers components such as carbon black from worn-out tyres to make new tyres.

Between development of the range and the MotoE season itself, Michelin and Enviro will have collectively recycled 20 tonnes of old tyres, leading to 4.6 tonnes of sustainable materials being used again.

The latter figure is the equivalent of:

There will be seven MotoE races across six rounds this year, the first being at Jerez on April 30-May 2.

Meanwhile, Michelin has been announced as title sponsor of the Grand Prix of Finland, Round 10 of the MotoGP season and its first visit to the new KymiRing, on July 9-11.