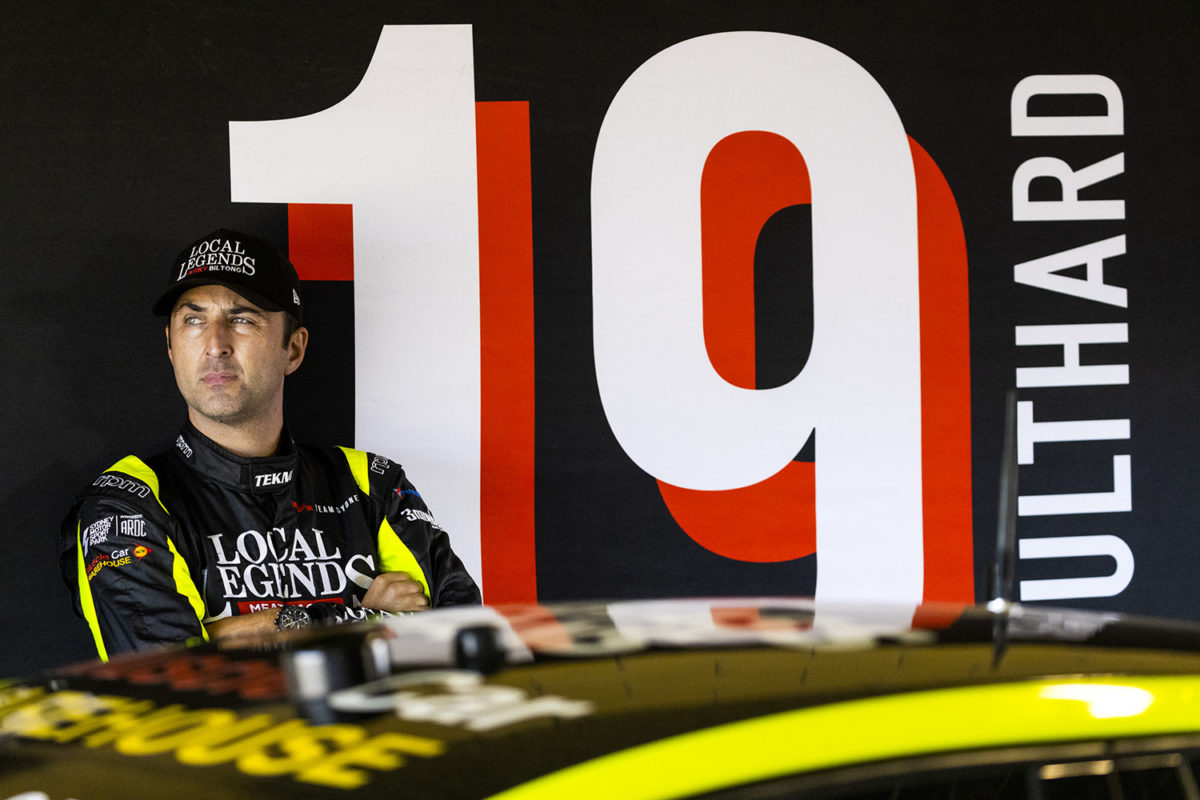 Fabian Coulthard is determined to lead Team Sydney back to the front, but is conscious success won’t come straight away.

In that time, Coulthard claimed a career-best third in the drivers’ championship in 2017 and won on eight occasions with the team.

Now the 38-year-old is looking to take Team Sydney – formerly known as Tekno Autosports – back to the fore.

Coulthard currently lies 20th in the Repco Supercars Championship, three events into what is his first season of a two-year contract with the Sydney Motorsport Park-based outfit.

The Kiwi claimed a season-best 13th at the most recent round at Symmons Plains International Raceway, qualifying on the fringe of the top 10 for the final two races of that weekend.

Coulthard looked a chance at scoring his maiden top 10 finish with the team, though that was thwarted by a clutch drama in Race 6 during his mid-race pitstop that relegated him to 23rd.

Race 7 saw him mired in some Lap 1 chaos at the hairpin, forcing him to retire less than 10 laps into the race.

The Tasmania SuperSprint saw a marked improvement over the Sandown SuperSprint for Coulthard; however, he won’t settle until he’s at the front.

“We’re still not happy with finishing 13th, but we made gains.

“We had reasonable quali pace and we had good race pace, probably not quite as competitive in the races on Sunday as we were on Saturday, but it’s encouraging.

“I’ve got my goal set of winning and being a regular frontrunner. I’ve done it in the past, so there’s no reason why we can’t get this team and this package close to the front.

“It’s a wee way away but we’ll just keep plodding along, chipping away and hopefully it comes throughout the year.”

Key in trying to get Team Sydney to the fore is the driver-engineer relationship between Coulthard and the recently returned Geoffrey Slater.

Slater was part of the team’s success when it was at its strongest in the mid-2010s, taking Shane van Gisbergen to second in the 2014 championship.

“Geoff and I are very new to working with one another,” said Coulthard.

“Same with all the crew here and things like that. We’re just head down, bum up and try to improve it.

“We all talk slightly differently in an engineering sense. I think we’ve got a good direction. We’ve got an understanding of what we need from the car and how to have it suit me.

“Obviously we’re starting from a low base, but everyone’s got the same goal and that’s just do the work, understand at times why we’re fast… I think that’s important as well. Just work hard.”

Coulthard will return to a happy hunting ground for the fourth event of the season, the OTR SuperSprint at The Bend Motorsport Park over May 8-9.

His most recent Supercars success came at the Tailem Bend circuit, claiming a win and a second place finish with Dick Johnson Racing.