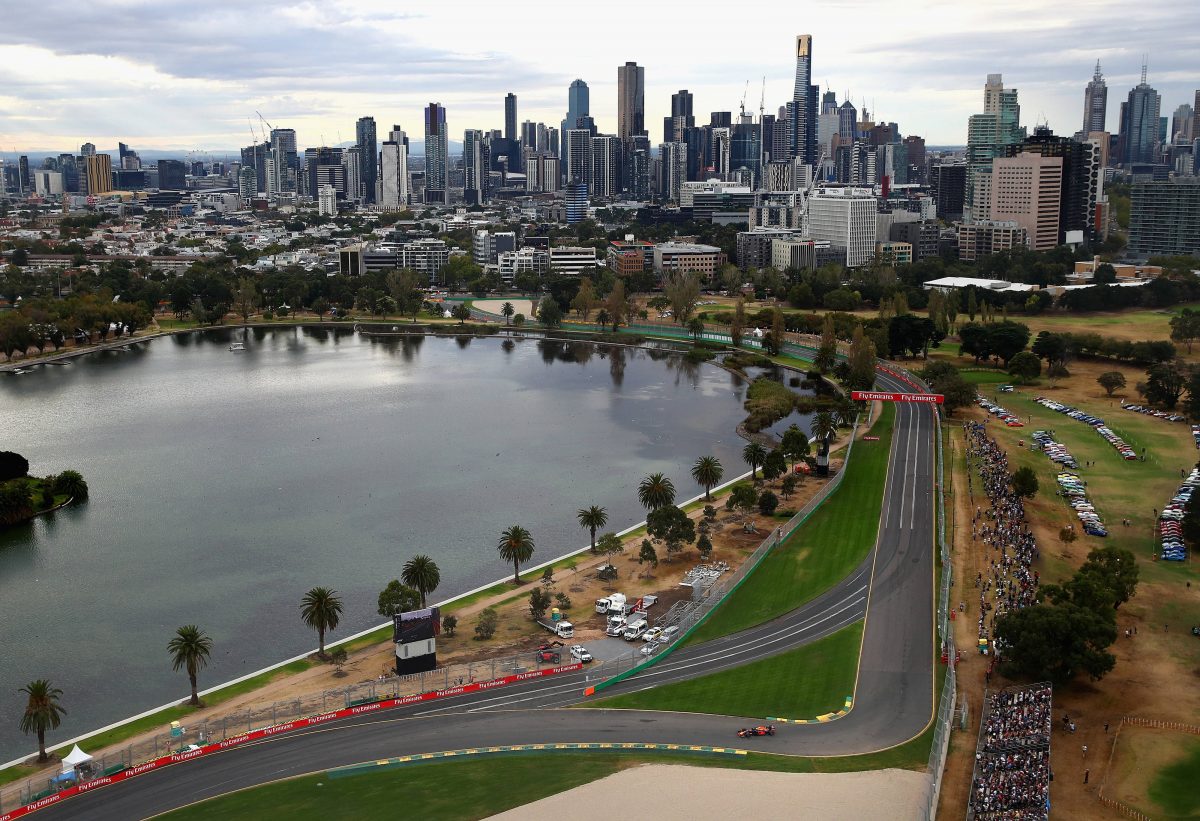 Organisers of the Formula 1 Australian Grand Prix remain optimistic this year’s event will go ahead as it looks to begin ramping things up ahead of the November race.

Event boss, Andrew Westacott, explained the next few weeks are important for the event as they look to get a feel for the expected crowd size.

Albert Park will host the Australian Grand Prix over the November 18-21 weekend, having earlier this year been postponed from its traditional March date.

That was done to allow more time as the world comes to grips with the coronavirus pandemic, in the hope that international travel would become more straightforward.

With the event not seven months away, Westacott has revealed the next few weeks will have an important influence on the circuit’s construction.

“It’s seven months from for our event date, that means it’s about five months until we commence the building in the park,” Westacott told Speedcafe.com.

“In advance of that build, we have to have a build up phase [to] stimulate interest prior to [ticket] sales.

“We’ve been able to do that for clearly the last 13 to 14 months, so there’s no shortage of knowledge from the hardcore fans about when the event has been rescheduled.

“What we need to do is stimulate interest prior to going on sale, and the going on sale then determines the infrastructure requirements for the patrons in a temporary environment,” he added.

“But also what governs the requirements are the working progress arrangements we’re doing with government when it comes to a COVID safe venue.”

Westacott’s comments were made prior to F1’s confirmation that the circus would not visit Canada in 2021, with a race in Turkey to replace the Montreal event.

The demise of the event was largely expected, with local media reporting last week that it was set to be cancelled.

“Every bit of dialogue we have with the Victorian Government and Formula 1 is centred around, delivering a safe event that conforms with the government requirements,” Westacott said when asked about the arrangements for the travelling F1 fraternity entering the country, and the potential for a quarantine period.

“That’s no different to the way Formula 1 operates or wants to operate either in the events still to be staged in 2021, or what they’ve already stayed very successfully.

“Those conditions differ from country to country, you know, Bahrain to Imola [Italy],” he added.

“There will be others [events] that into the future people are looking at, and there’s some speculation, but the dialogue very much with Formula 1, to the requirements on a country to country and city to city basis, and that’s all going very well.”

One hurdle could be the insistence on F1’s travelling going into some form of quarantine upon arrival in Australia.

Formula 1 CEO, Stefano Domenicali, is understood to have written to Westacott’s equivalents in Canada outlining how the sport would need to operate for the event to go ahead, prior to the eventual cancellation.

“Every condition around the entry of the contingent – and I guess in the broader sense of that was not just F1 teams, it’s Formula 1, FIA, etcetera, – every arrangement is a work in progress arrangement,” Westacott explained.

“That’s done in a very structured and professional manner.

“The good thing for us here in Melbourne is that we’ve got a very strong handle on arrangements in our country, and we’ve got time on our side to plan and deliver a very, very safe event.”

Construction work at Albert Park is currently underway, with a number of corners being reprofiled ahead of this year’s event.

That will be followed by a complete resurfacing of the racing surface in time for the 2022 race.