Rossi reveals why he has put off retirement

Rossi reveals why he has put off retirement 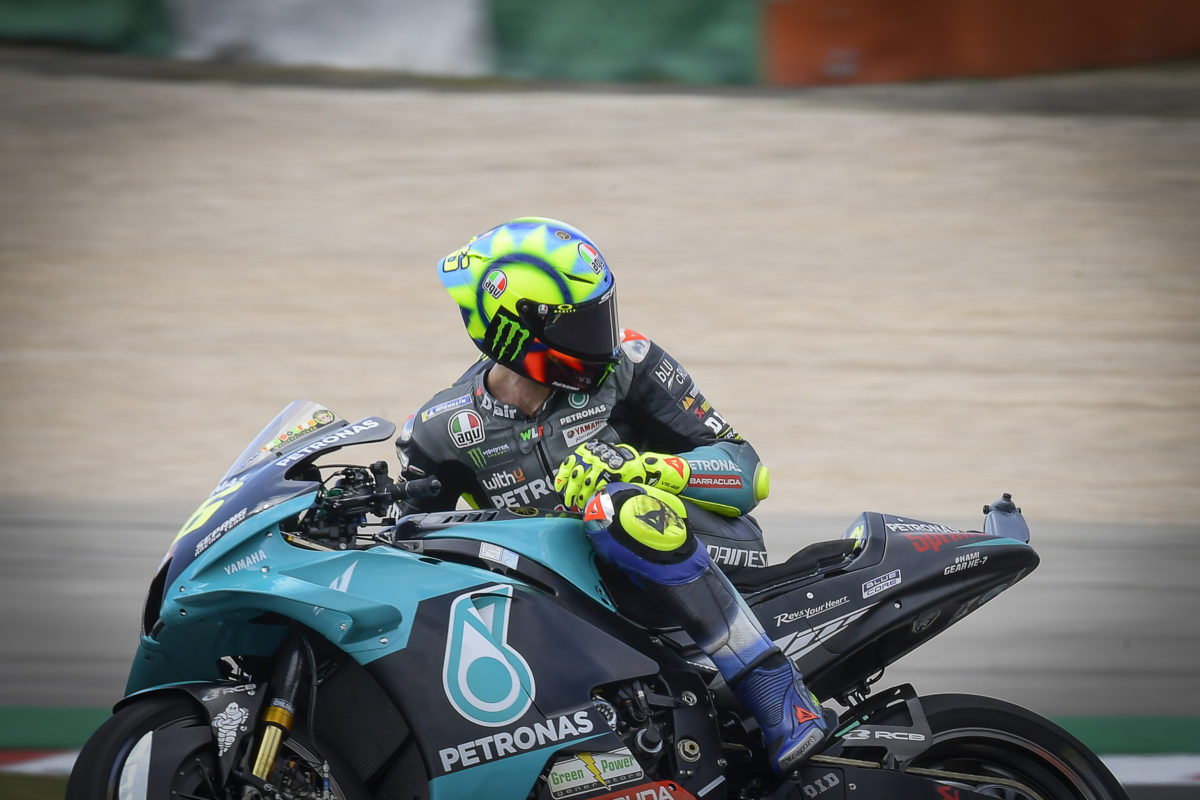 Valentino Rossi has revealed why he continues to put off retirement, as he approaches four years since his last MotoGP race win.

Rossi sits 19th in the championship after his first three races with Petronas Yamaha SRT, to which he moved after his second, eight-year stint at the factory Yamaha team.

While he remains contracted directly to the Japanese manufacturer, the 42-year-old’s deal is only for the 2021 season, and a renewal offer is said to depend on a performance clause.

Rossi has stated that he will make a decision on his future during the summer break, and also that being a top five rider would entice him to go around again in 2022.

However, as the seven-time premier class world champion continues to struggle, it is the rider with whom he swapped seats in the last off-season, Fabio Quartararo, who heads the standings with victories in the last two races.

Maverick Viñales, on the other Monster Energy Yamaha entry, sits third in the championship having won the season-opener and Franco Morbidelli, Rossi’s team-mate at SRT who rides an older M1, is 11th.

Rossi knows that he is fighting a losing battle with father time, but cannot bring himself to give away racing just yet.

“My reasoning is very simple and for me it’s strange that some people don’t understand it, maybe my way of thinking is different,” the Italian told La Gazzetta dello Sport.

“I like the way I feel, the sensation, the adrenaline that makes me win, go onto the podium, or just have a good race. I’m fine for a few days. I like that feeling there.

“I know very well that in the end, time will have won, unfortunately that’s the case for everyone.

“But, I try with all my force to make it as difficult as possible.

“This is the only reason why I still race.”

Rossi finished on the podium just once in the 12 races which he started last year, back in Round 2, and twice in a full, 19-race season in 2019.

When the back half of the 2018 campaign is accounted for, that represents a return of just three top three results in his last 43 races.

Rossi has no qualms about not going out on a high, but hopes that he can still achieve positive results before he finally does hang up the helmet.

“What you lose by stopping doing what you like is more than what you gain by quitting when you are at the peak of your career,” declared the Italian.

“And anyway, you never know if it’s really over. In 2013, when I returned to Yamaha, for everyone, I was already finished.

“Instead, if they hadn’t stolen the world championship from me in 2015, I would have won another one, it would have been the 10th one, and it would have extended my winning sporting life by even six years.

“But I believe in it and I still want to try.”

The ‘stolen’ world championship reference is to the controversy between himself, then team-mate Jorge Lorenzo, and Marc Marquez, which boiled over when he kicked the latter off the #93 Honda at Malaysia.

Had Rossi won that season, it would have been his eighth MotoGP/500cc title and 10th world championship in total.

However, an early fall in the 2006 Valencia Grand Prix which effectively handed the crown to Nicky Hayden still haunts him.

“There, I threw away a world championship title that I could have win and it would have been 10 anyway, even after the theft in 2015,” he observed.

Jerez, the scene of Rossi’s most recent podium, hosts the Spanish Grand Prix this weekend.