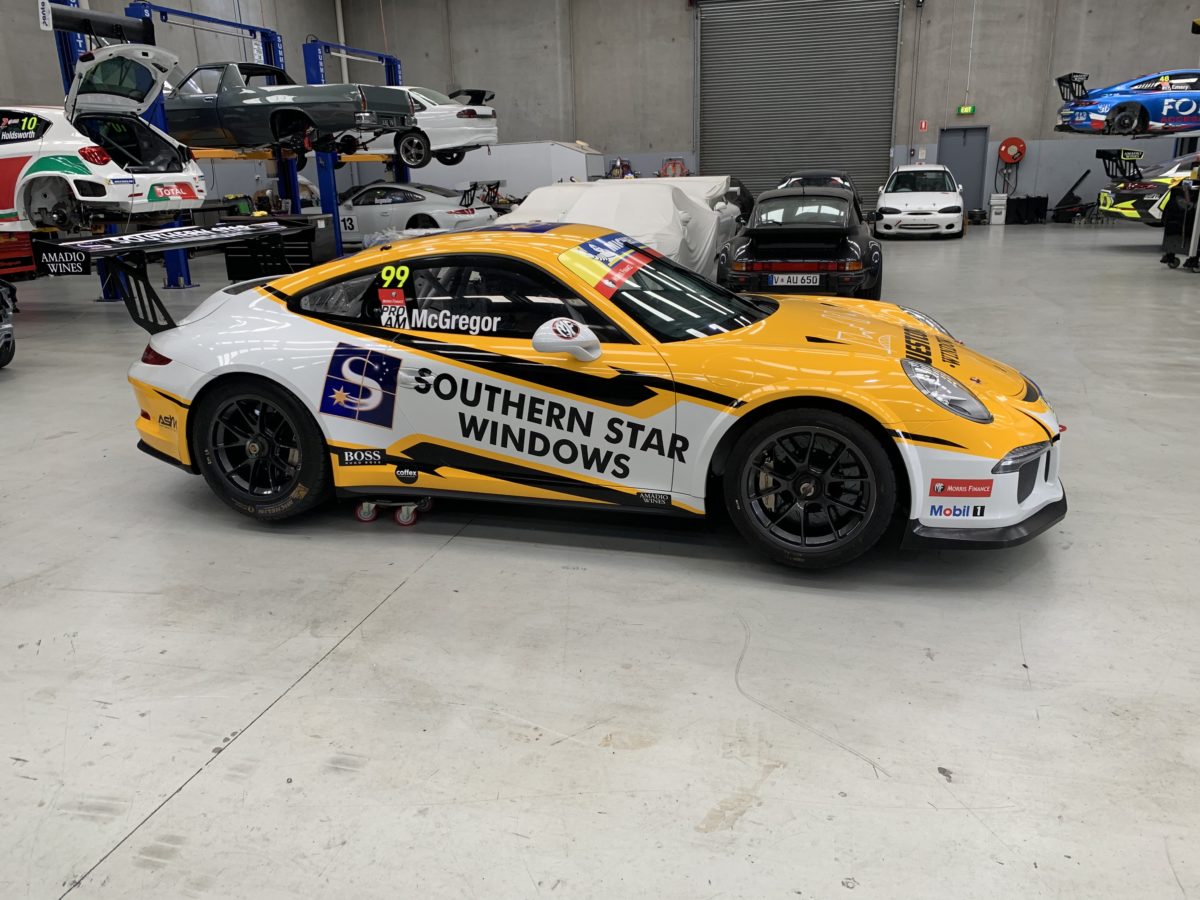 Ross McGregor will return to Porsche Michelin Sprint Challenge at Sydney Motorsport Park this weekend with a repaired car following his heavy crash at Phillip Island.

The Ashley Seward Motorsport driver was caught up in a high-speed incident during Round 1’s enduro in March, labelling himself as “collateral damage”.

On the opening lap of the Jim Richards Endurance Championship race, Michael Hovey and Jonathan Gliksten tangled and collected an innocent McGregor.

The result was McGregor’s Porsche 911 GT3 Cup car suddenly firing into the barrier on the inside of Stoner Corner before coming to rest on the opposite side of the circuit.

McGregor described the impact as the biggest of his career, for which the car needed a complete re-shell, which has been achieved in time for Round 2.

“I’ve been fortunate in all my years racing that I haven’t had many major incidents, but that one was certainly the largest,” McGregor said.

“The circumstances were very unfortunate; I was in the wrong place at the wrong time and just ended up as collateral damage.

“Physically, I’ve recovered pretty well and the ASM crew have done a sensational job of repairing the car. It required a complete re-shell, so it’s basically like a new car.

“I’m looking forward to getting back on track at Sydney Motorsport Park this weekend and having some fun; I’m especially excited about the sessions under lights.”

Hovey and Gliksten are both also on the entry list for the upcoming round.

Porsche Michelin Sprint Challenge competitors will qualify under lights on Friday as part of a unique schedule for the Shannons Motorsport Australia Championships event.

Two races follow on Saturday, the second of which being the enduro, ahead of Race 3 on Sunday.

Ryan Suhle leads the overall standings over Callum Hedge following Round 1, with 21 cars entered for this weekend’s second round.