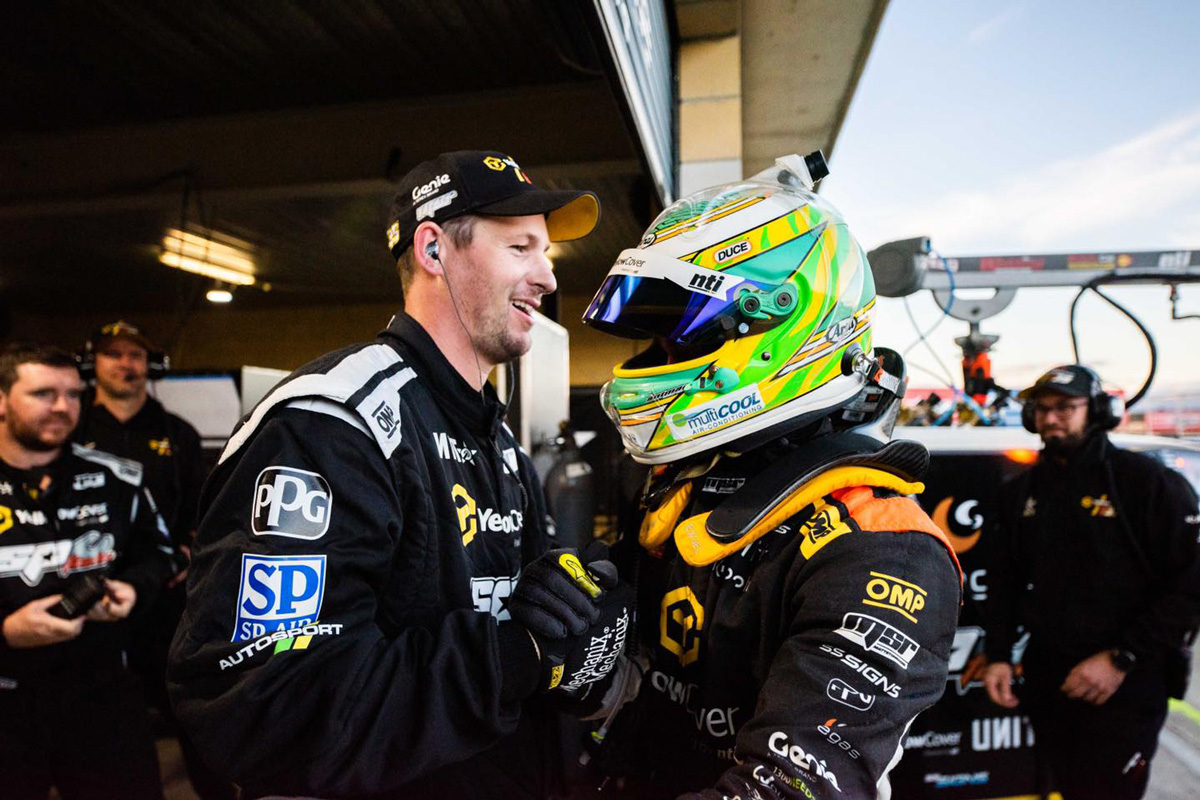 Zane Goddard has recounted his whirlwind weekend at the Tasmania SuperSprint, which saw the Gold Coaster claim a career-best seventh place finish.

Goddard was a standout performer at the third event of the Repco Supercars Championship, putting his #35 Holden ZB Commodore on the second row for Race 8 of the season.

In the split qualifying session, the rookie was third in the first hitout and was only pipped by Shell V-Power Racing Team driver Anton De Pasquale when the second half of the field set a time.

Speaking with Speedcafe.com, the first-year full-timer said he couldn’t believe the time when he finished the session.

“I was pretty surprised,” recalled the 21-year-old.

“I was thinking the track must be way faster. Then my engineer (Jack Bellotti) said P3, and I was like, ‘That’s pretty good, but let’s see how the next session goes’.

“I only got pipped by Anton. It was pretty surprising. It’s pretty surreal being at the front, only seeing one row in front of me. It’s a cool atmosphere and I really enjoyed it.”

It was a solid turnaround for Goddard, who in Race 6 and Race 7 was 18th in both instances. 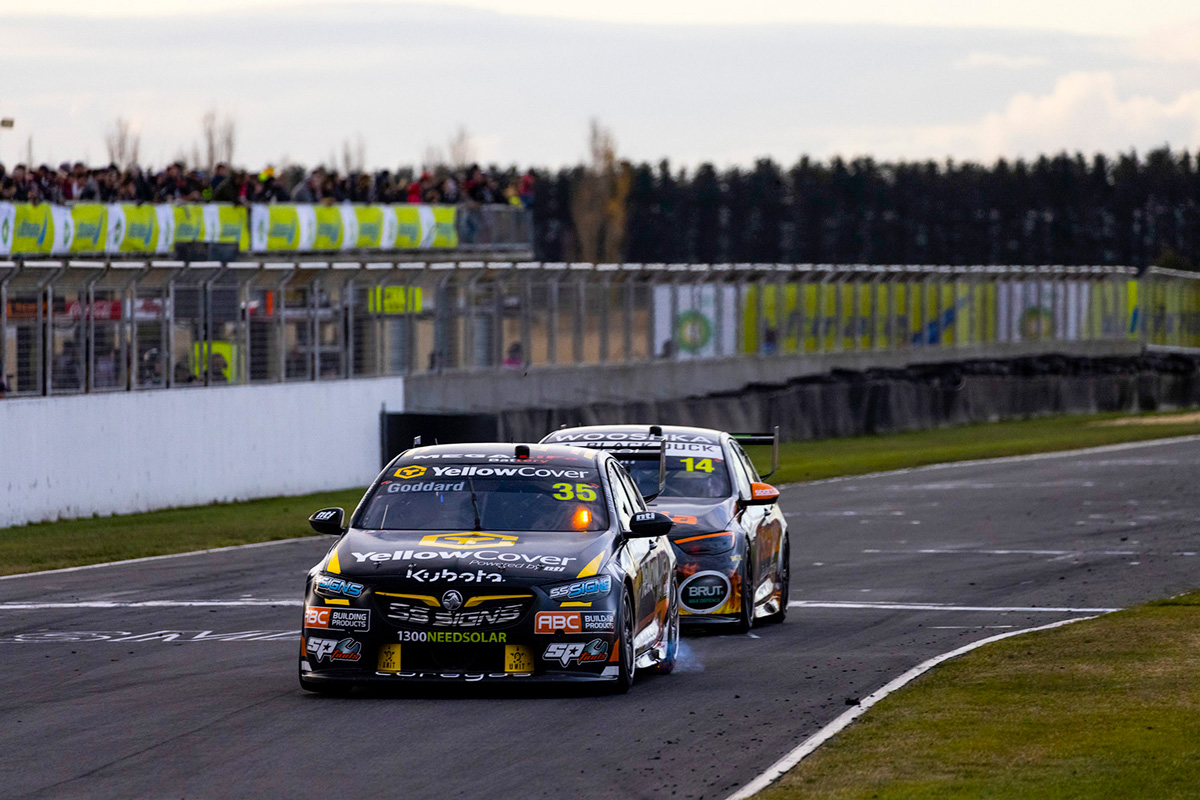 Goddard runs ahead of Todd Hazelwood at the Tasmania SuperSprint

While the YellowCover Racing driver would fall from fourth to seventh in Race 8, it was a positive result so early in the season to finish directly behind both Red Bull Ampol Racing entries.

“I just wanted to make the most of it,” Goddard explained.

“It’s not every day you get to start on the second row. I just wanted to give it my all. I was working as hard as I could.

“I had an alternator problem so I had to turn the helmet fan off. It was hard yakka in the end. To finish P7 behind some really top teams, the whole team did a great job.

“On Saturday I wasn’t overly stoked,” he added.

“I feel like I didn’t do the best job. I’m really happy with how we finished up. You can’t really ask for much better than that. You’re racing against the best in the country.

“To be just behind the Red Bull cars and not really drop back much, it’s a big effort for the team. It shows how much of a step forward we’ve made this year.”

Goddard hailed the mood in the Matt Stone Racing camp as the best it’s been since he joined at the beginning of last year.

Last season he shared an entry with Jake Kostecki; now the pair each have their own cars which they run full-time.

That, Goddard believes, has been the key to his step up at Symmons Plains.

“Having your own car and being able to focus on your own programme makes it a lot easier,” said Goddard.

“I think we’ve just got a good structure now. Jack Bellotti is doing a good job. He’s taken over the engineering role at the factory is working super hard.

“The boys are really committed and have got good rapport, good banter, and everyone just enjoys racing at the moment. I think when that happens, that’s when the good stuff happens.”

Goddard will be back out on track for the OTR SuperSprint at The Bend Motorsport Park this weekend, May 8-9.